A group of Jewish young adults pose on a street in Warsaw. 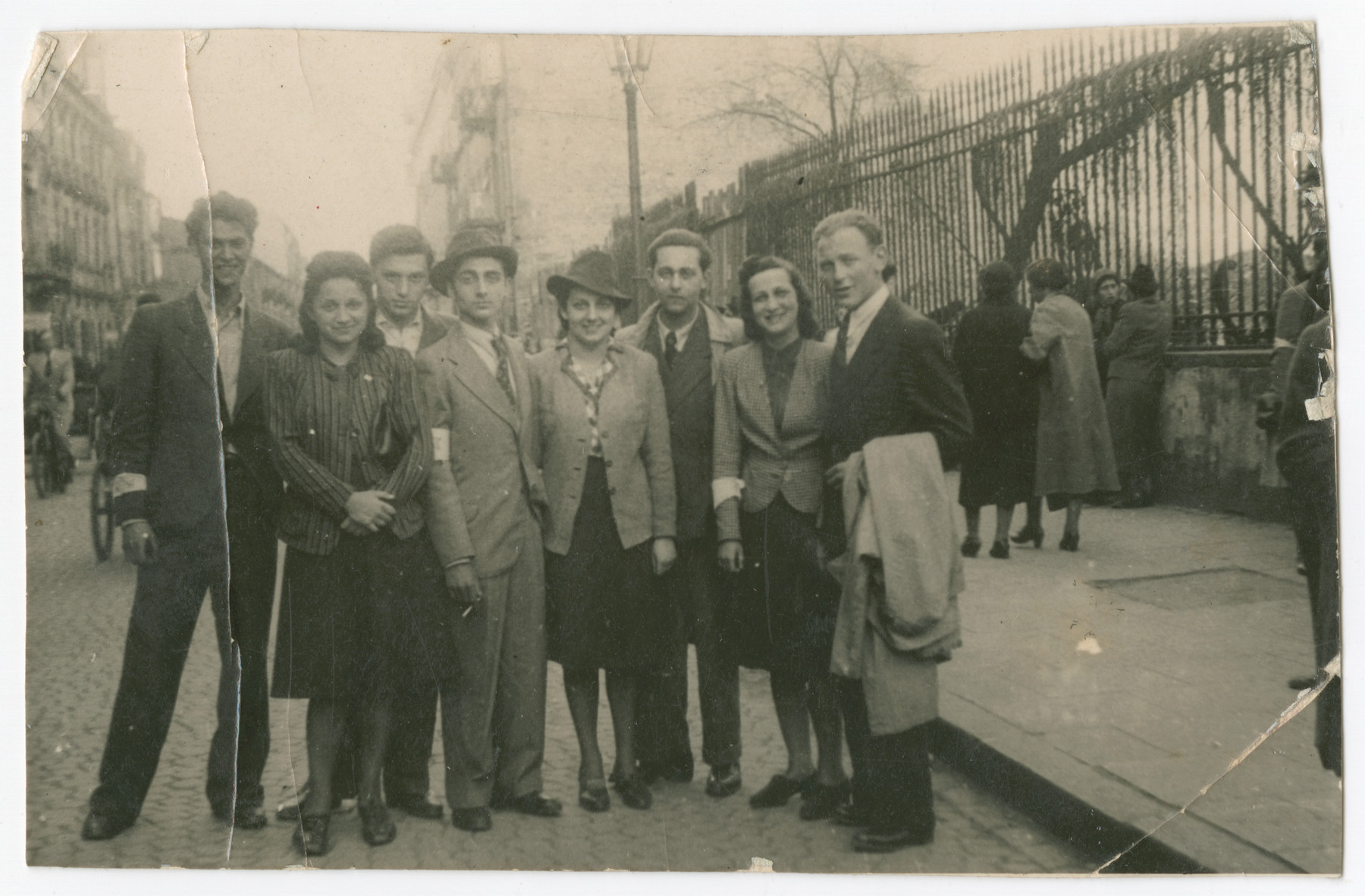 A group of Jewish young adults pose on a street in Warsaw.

Mary Wattenberg Berg) is standing second from the left. Behind her to the right is her boyfriend Romek Kowalski.

Biography
Mary Berg (born Miriam Wattenberg, later Mary Pentin) was the daughter of a Polish father Shaya (Sruel, Stanley) Wattenberg and an American mother Lena Wattenberg. Mary was born October 10, 1924 in Lodz and had younger sister Anna. She was on vacation when war broke out and returned to Lodz. After learning that German troops had broken through the Polish front lines, the family fled to Warsaw. After supplies dwindled in Warsaw they returned to Lodz only to discover that their home and store had been looted. Realizing their mistake, the family returned individually to Warsaw and eventually reunited as a unit by April. The Warsaw ghetto was formally established the following November. The Wattenbergs enjoyed limited protection by virtue of Lena's American citizenship. For example, the ghetto's clandestine gymnasium met in the Wattenberg's apartment since it was considered relatively safe. Mary spent her time engaging in different cultural activities with other young adults. However she still did not have adequate rations, and she witnessed people starving to death and German atrocities to include random killings. In 1942 the family learned that as foreign nationals they might be eligible for prisoner exchanges, and on July 16, they were taken to the Pawiak prison to be held for a future exchange. A few days later, the Germans began mass deportations from the ghetto to Treblinka. From her prison window, Mary saw the horrors of the deportations including the killing of the children from Janusz Korczak's orphanage. Mary's father was transferred to Titmoning, a camp for foreign nationals while Mary, her mother and sister stayed in the prison for six months. On January 18, 1943 they were finally released and sent to Vittel in southern France. Mary's father joined them in the summer. In March 1944, they learned that they would be sent to America as part of a prisoner exchange and sailed on board the Gripsholm arriving in New York on March 15, 1944. Throughout her time in the ghetto and camps, Mary kept a diary. After her arrival in the States she was met by a Yiddish journalist. After learning of Mary's journals, he received her permission to publish them first in the Yiddish press and then as a book entitled "Warsaw Ghetto: A Diary" in 1945.