Group portrait of workers in a matzah factory. 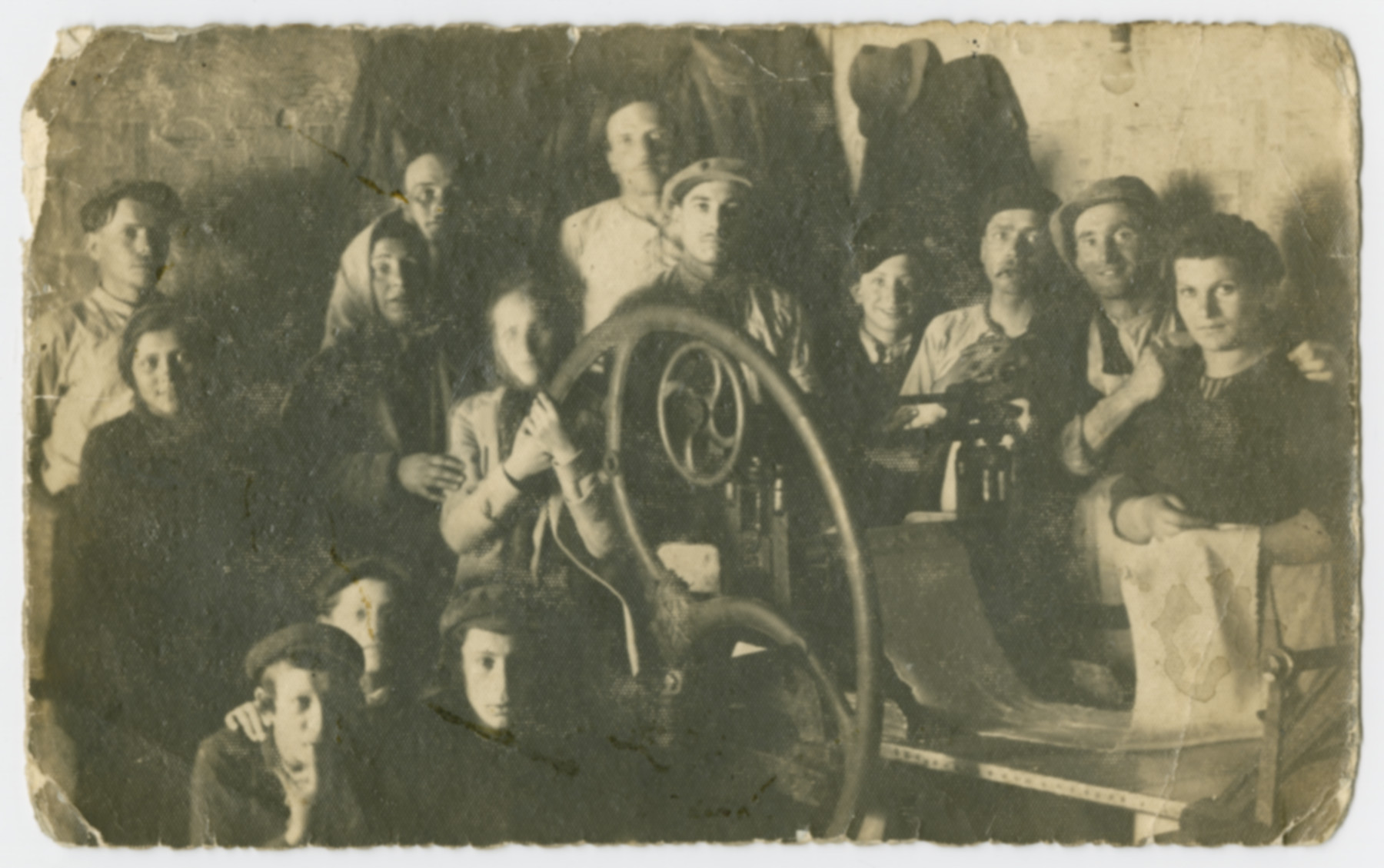 Group portrait of workers in a matzah factory.

Sandor Grunspan (uncle of the donor) is pictured in the center. He died one week after liberation.