Group portrait of children staying at the Les Grillons home in Le Chambon-sur-Lignon. 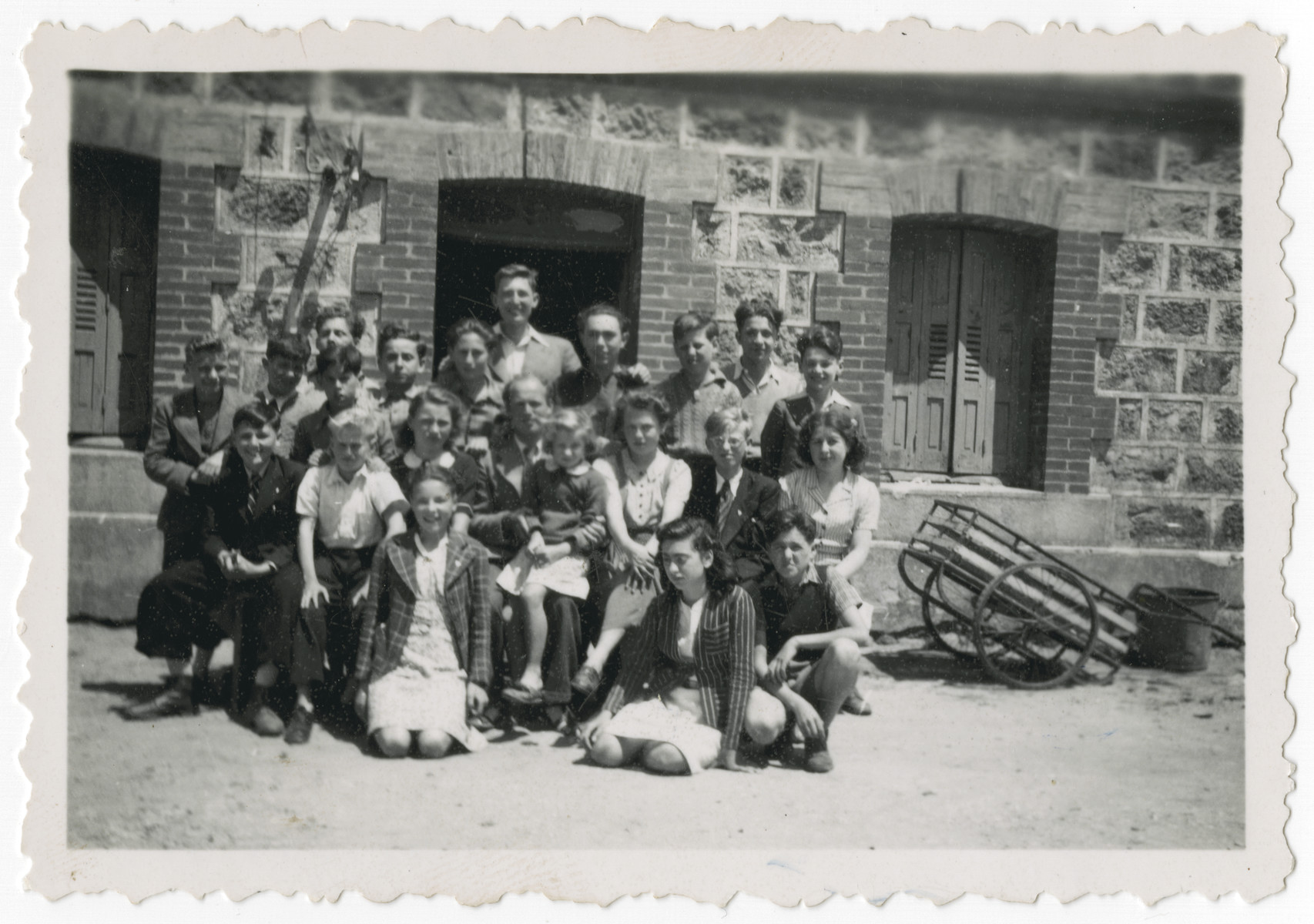 Group portrait of children staying at the Les Grillons home in Le Chambon-sur-Lignon.

The original caption reads" All the family of Les Grillons one Sunday."

[Sources: Hewett, Nelly Trocme, (interview, June 2000); Saville, Betty, "La plateau du Vivarais-Lignon," in Les Enfants caches, Bulletin No.29 (Paris, December 1999).
Merle d'Aubigne, Jeanne, et al., Les Clandestines de Dieu, Bethany Press, 1970.]
https://encyclopedia.ushmm.org/content/en/article/le-chambon-sur-lignon.
Biography
Peter Feigl was born Klaus Feigl in 1929 in Berlin to Ernst Feigl (1888-1942) and Agnes Feigl (nee Bornstein, 1904-1942). The Feigls moved to Prague in 1936, Vienna in 1937, and then Brussels in 1938. Ernst was arrested following the German invasion of Belgium, and Peter and his mother fled to France. Ernst was interned at St. Cyprien and Gurs. While Peter was attending a summer camp in Condom (Gers) in 1942, his parents were deported via Drancy to Auschwitz and killed. In January 1943 Peter was moved to a children’s home in Le Chambon-sur-Lignon (Haute-Loire) under the guidance of Daniel Trocmé. In September he was moved to a boarding school in Figeac (Lot). In May 1944, the Oeuvre de Secours aux Enfants (OSE) arranged for his escape into Switzerland. He immigrated to the United States in July 1946 with the help of relatives who had escaped in 1941.