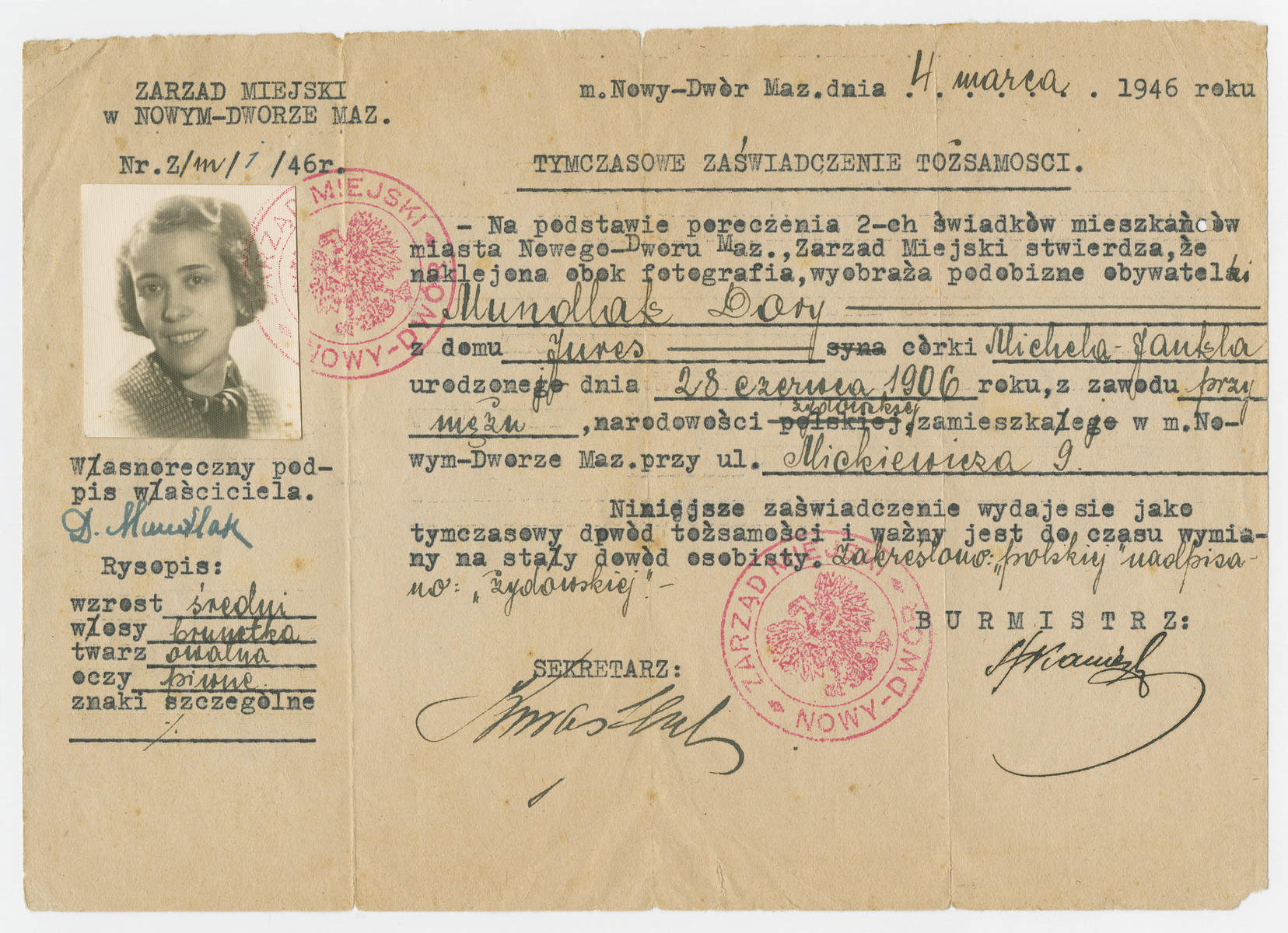 Biography
Majer (Mielek) and Dora (nee Juress) Mundlak were married in Nowy Dwor in 1934 where they lived among their extended families. Dora had several siblings and her father was the proprietor of a local photo house in the city. Majer, a clock maker, had been previously married with a child. In 1937 the couple welcomed a son, Alexander. Life for the family grew difficult following the German invasion of Poland under the growing hardships of occupation. In 1940 Dora and Majer were apprehended with their son in Nowy Dwor and traported to the recently established Warsaw ghetto.

For three years the Mundlak family endured harsh ghetto conditions and avoided those round-ups and deportations which had claimed the lives of hundreds of thousands of Polish Jews living in the Warsaw ghetto. Finally, in February, 1943, Majer and Dora were able to flee the ghetto with their child and live clandestinely as non-Jews with false Polish identification documents under the names Karol and Janina Janiszewski.During this time the family received assistance from various non-Jewish families.

Majer, Dora, and Alexander remained in hiding in Warsaw through the Warsaw Ghetto Uprising and the final liquidation of the ghetto. Majer, Dora, and Alexander were ultimately liberated on January 17, 1945 with the arrival of Soviet forces. They were the only members of their immediate families to survive the Holocaust. After the war the family fled west and eventually settled in Venezuela.