Rabbi Yitzhak Jewdwab, his wife Lena and son Aaron pose with the family of their rescuers, the Wevers after liberation. 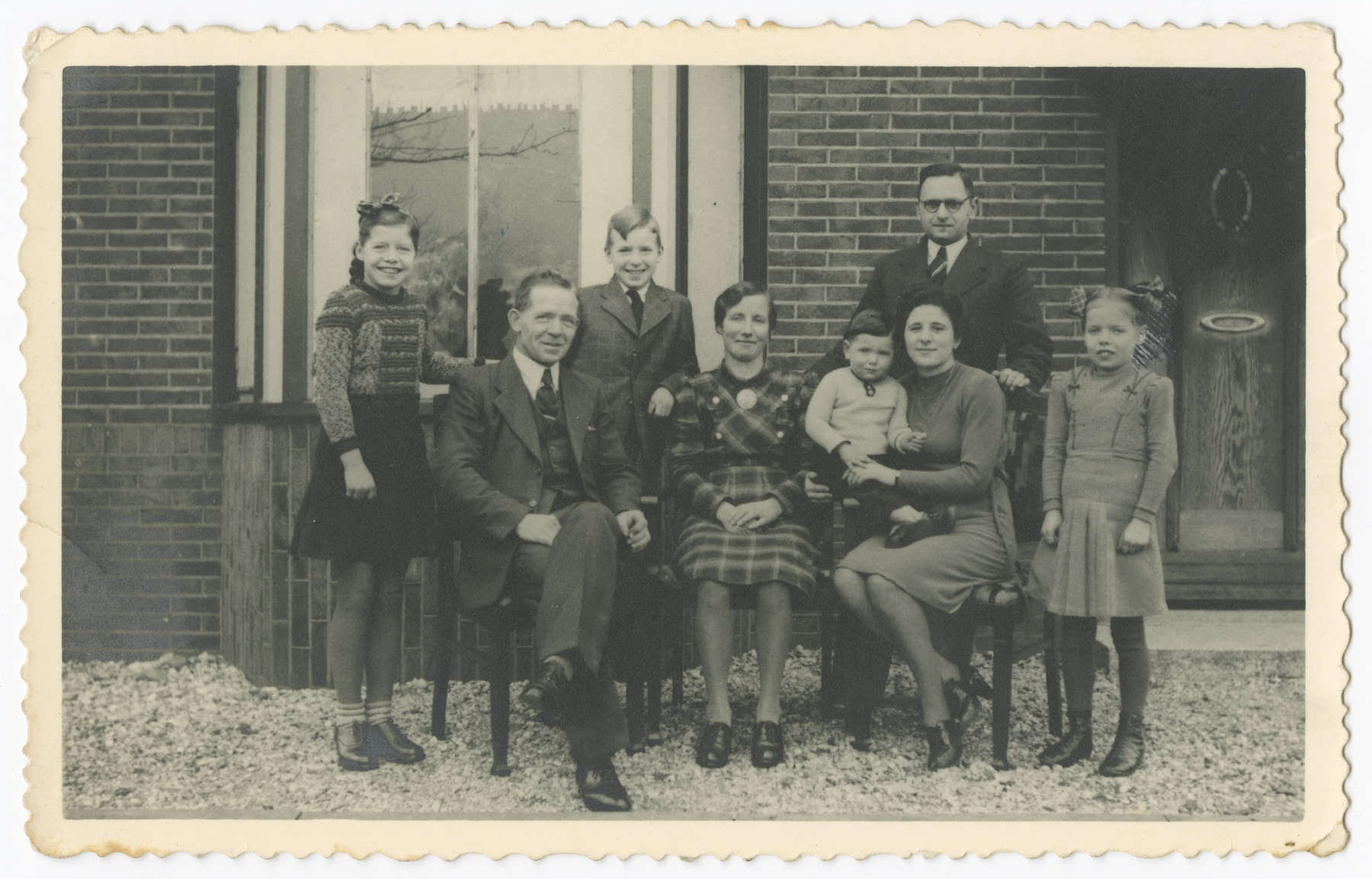 Rabbi Yitzhak Jewdwab, his wife Lena and son Aaron pose with the family of their rescuers, the Wevers after liberation.

Lena Jedwab knit the sweater of the older daughter on the left.