A religious Jewish man leans against a wall [possibly in prayer.] 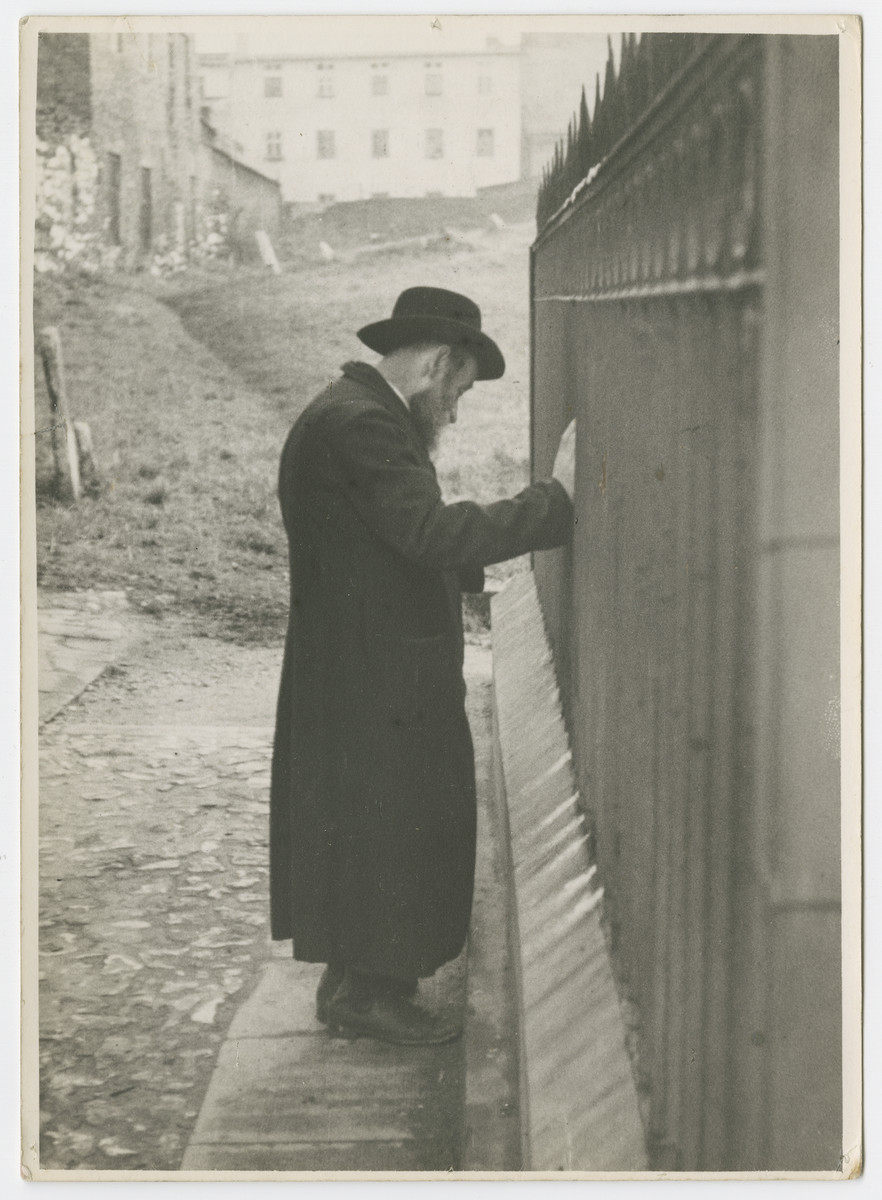 A religious Jewish man leans against a wall [possibly in prayer.]

Photograph is used on page 146 of Robert Gessner's "Some of My Best Friends are Jews."