A sign in a window points to the location of the National Cash Registers [probably in Tel Aviv]. 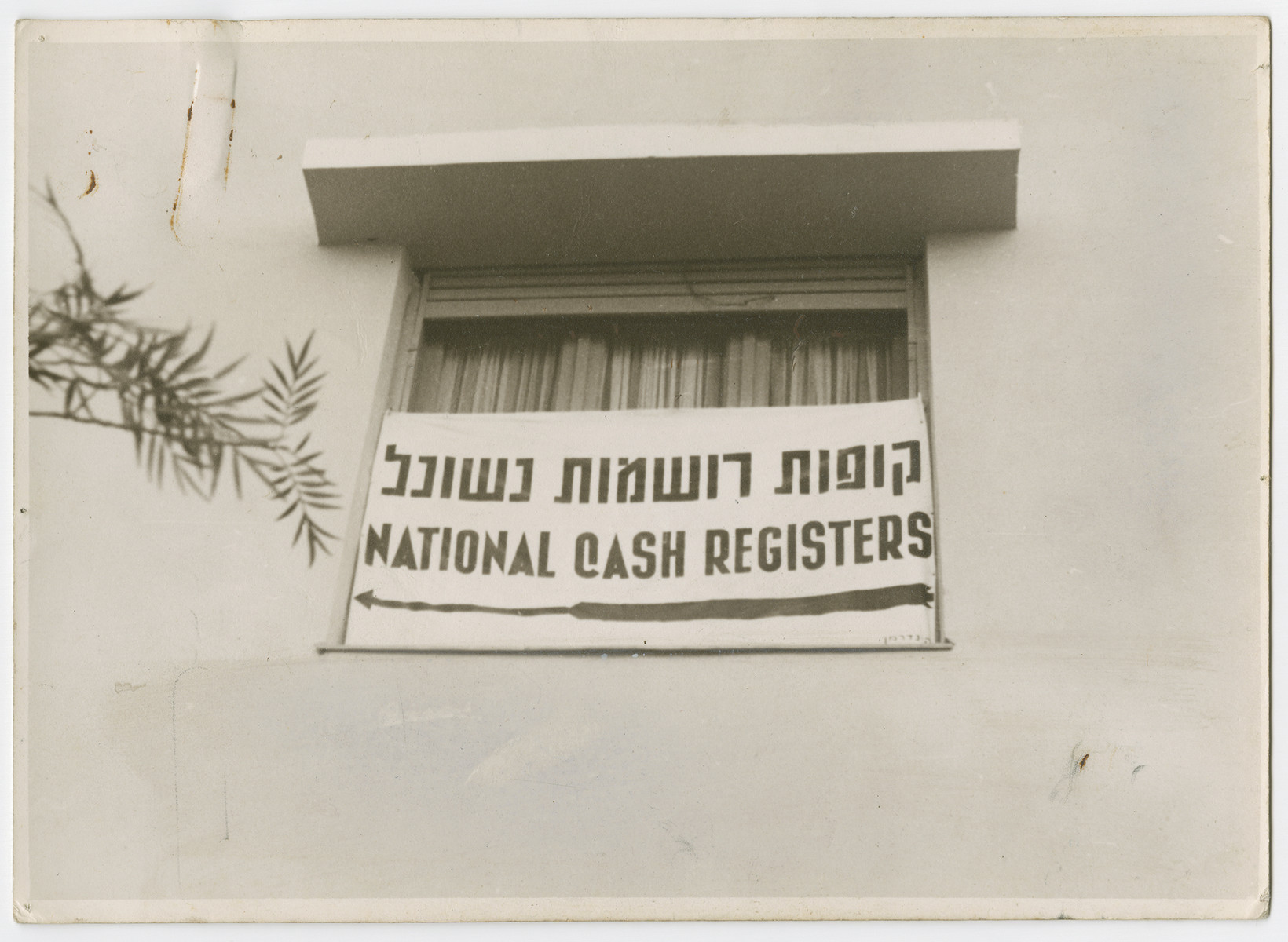 A sign in a window points to the location of the National Cash Registers [probably in Tel Aviv].

Photograph is used on page 179 of Robert Gessner's "Some of My Best Friends are Jews." The typed caption on the back of the photograph reads, "American tills for Jewish businesses."