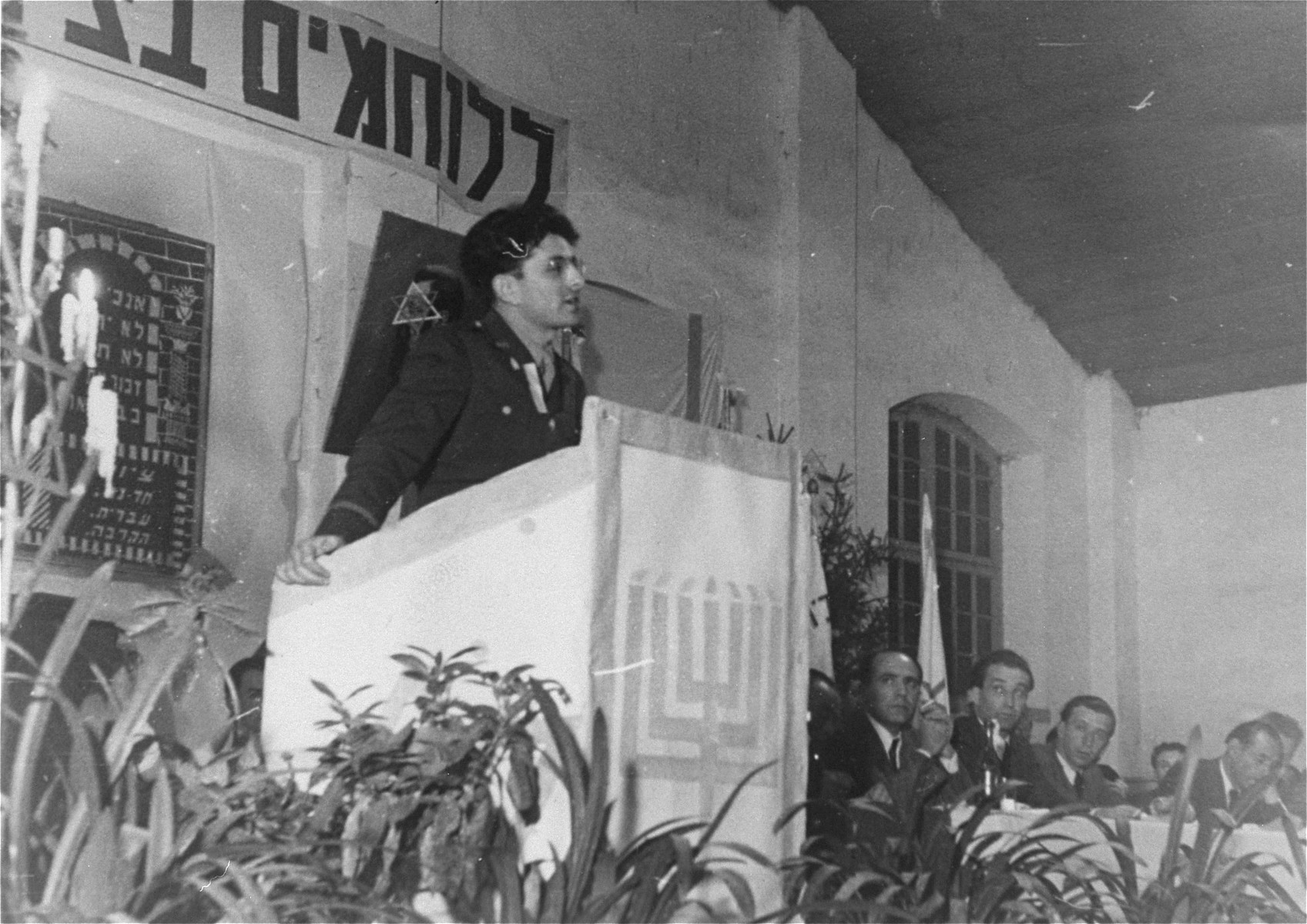 https://www.ushmm.org/wlc/en/article.php?ModuleId=10005459.
Biography
Abraham Klausner (1915-2007), Jewish chaplain in the US Army. Klausner graduated from the University of Denver and received his rabbinic ordination from Hebrew Union College in 1943. He joined the army in June of the following year and became the first Jewish chaplain to enter the Dachau concentration camp after its liberation. In June 1945 Klausner compiled the first list of Jewish survivors. The 25,000-name list expanded into a six-volume registry of Jewish DPs, called the Sheerit ha-Pletah, or 'Surviving Remnant.' He was also instrumental in establishing services for survivors and bringing their problems to the attention of the American Jewish community and the US government. After the war he returned to the US and served congregations in Boston and Yonkers.