Portrait of the extended family of Jeanette Taub. 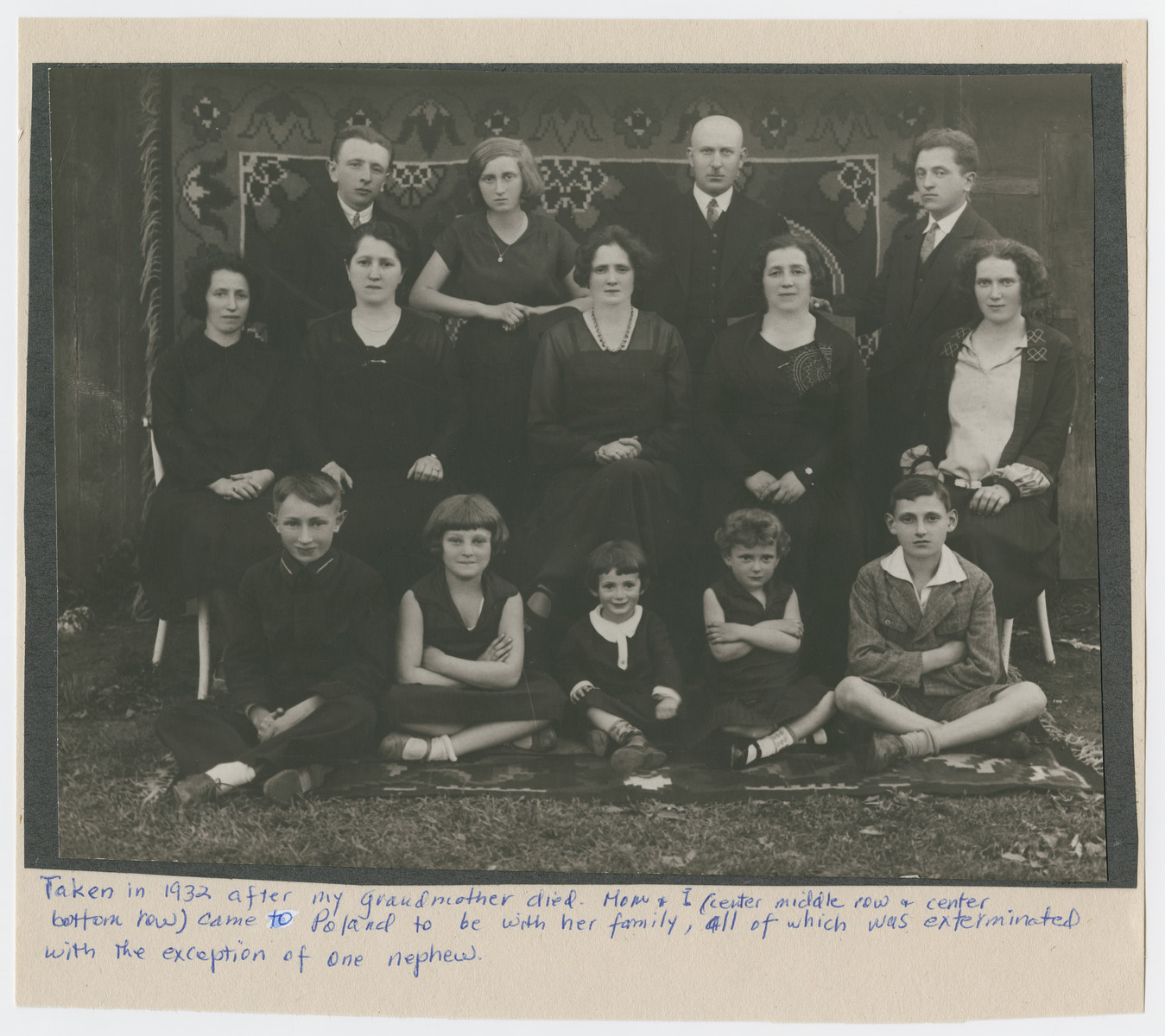 Portrait of the extended family of Jeanette Taub.

Jeanette (middle, center) brought her daughter Ruth (center, bottom) to visit her family in Poland shortly after her mother died. All of them perished in the Holocaust except for one of Jeanette's nephews.