Ada and Rafael Abrahamer stand in a field in postwar Austria. 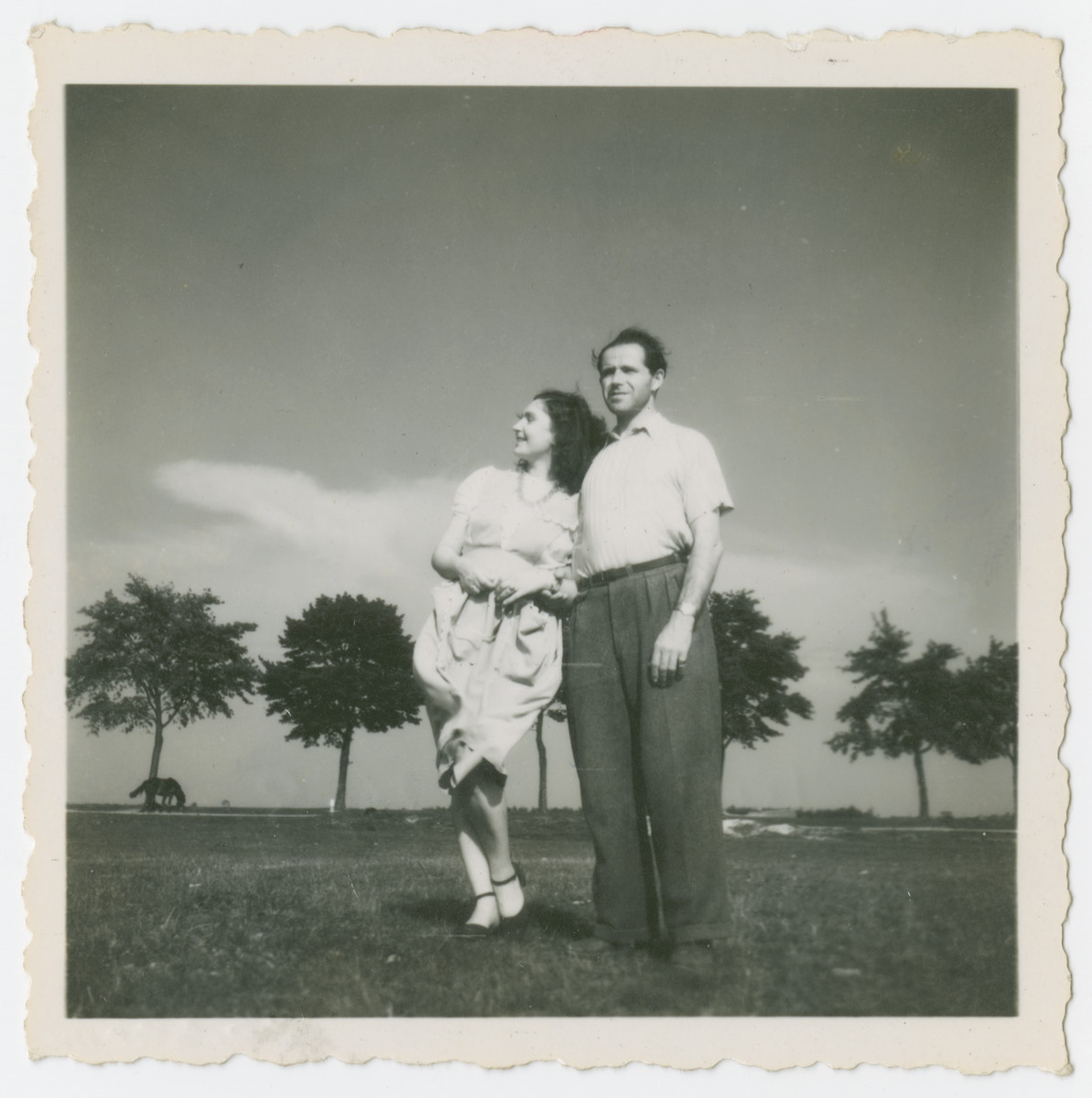 Ada and Rafael Abrahamer stand in a field in postwar Austria.

Biography
Ada Breitkopf (the mother of the donor, Nora Abrahamer) was the only child born to Gustaw Breitkopf and Eleonora Ernestina (Erna) Reif. Ada She was born on June 30, 1921 (but many of her documents list her birth year as 1924). Before war the family was integrated into Polish society. They lived for the first years of Ada's life in a Christian neighborhood, and her grandfather had served as an army captain. After the start of World War II, Gustaw fled east under the common assumption that only men were in danger. Ada, her mother and grandmother remained at home until they were forced into the Krakow ghetto in April 1941. Ada worked clearing snow, cleaning and disinfecting military installations and working at the Feldzeugdienstelle Munitions Factory. Shortly before the ghetto was liquidated, Ada's grandmother Ida Maria Reif passed away, and in March 1943 Ada and her mother were sent to the Plaszow concentration camp. After a month spent under horrific conditions, they were selected to work in Oskar Schindler's airplane parts factory, the Neue Kuehler Fabrik. They remained there until September 1944. Ada was then returned to Plaszow for a month and then deported to Auschwitz where she stayed for three weeks. Though she had worked at Schindler's factory, she was not on his famous list and therefore not transferred back to his factory in Bruenlitz. Instead in November 1944, she was sent to the Lichtewerden bei Freudenthal (Consolidated Flaxspinning Factory) in Sudeten Germany. Ada was finally liberated by the Russian Army on May 6, 1945. Her mother Erna was sent to different concentration camps and died in 1944 in Skarzusko Kamienna Werk C. Throughout her ordeal, Ada kept a diary recording her experiences in the various camps. It was confiscated on three occasions, but miraculously she retrieved it each time. After liberation, Ada returned briefly to Krakow before making her way to Austria where she settled in the Bindermichl displaced persons camp near Linz. There she met Rafael Abrahamer. He was born January 31, 1913, also in Krakow. A jeweler by profession, he had fled east in the beginning of the war and joined the Polish army. He was captured by the Russians and spent the bulk of the war in POW camps in Siberia. They married on March 30, 1947 and immigrated to the United States on October 30, 1948.