Group portrait of Jewish children hiding in a children's home in Bergerac. 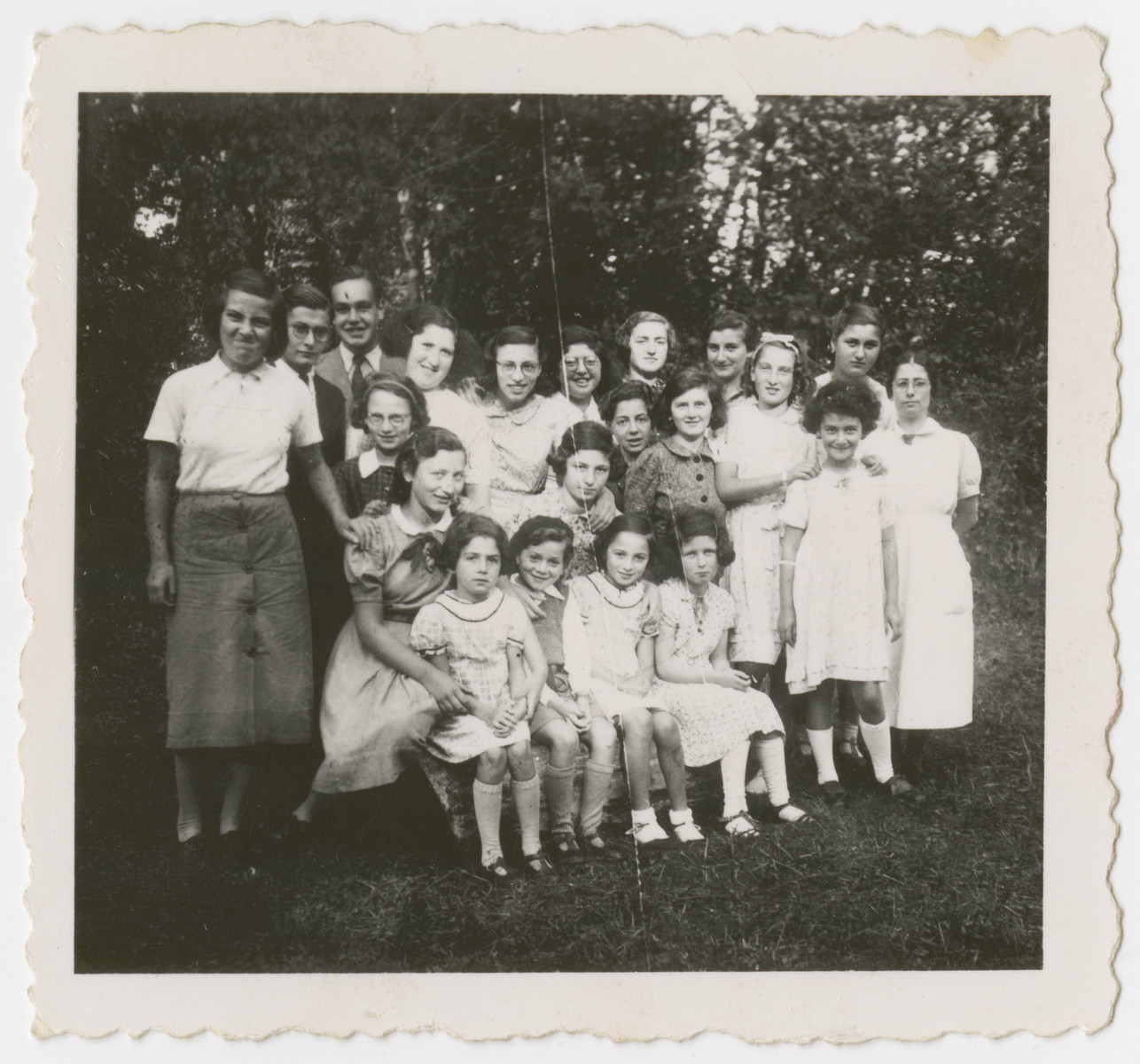 Group portrait of Jewish children hiding in a children's home in Bergerac.

Biography
Mini Chazen was born Mini Oppenheimer in Bensheim, Germany, on 13 July 1930 to Hermann and Frieda Oppenheimer. Hermann, a salesman, and Frieda, a homemaker, had three other children: Myra (Miriam) (b. 1931), Karl (later Carl, b. 1932), and Eli (b. 1938). Around 1937, Mini and her family moved to Frankfurt am Main, Germany. In 1939 when Hermann and Frieda sent their three oldest children by train to France. He told Mini she was responsible for her two younger siblings. Hermann initially had intended for the family to reunite in Palestine where they had relatives. The children first came to Strasbourg where they were met by a Swiss family that brought them to their home in Munster where they lived for about a year until the German invasion of France. At first the children received letters from their parents, but then the correspondence stopped after about a year. Following the German invasion, the children left Munster. They tried to escape to Switzerland but were not allowed in. They then went on a train and eventually taken to a holding camp where they stayed for some time. From there they were taken to a children's home in Bergerac. They remained for several years and then were brought to the Oeuvre de Secours aux Enfants (OSE) children's home, Chateau Montintin where they stayed for a year. 1942, after the start of deportations, the children were taken by truck to Marseilles to await a ship to taken them to Casablanca where they waited for two weeks for a ship to take them to Portugal. In Lisbon they boarded the Serpa Pinto which took them to the United States arriving in the spring of 1942. Because Mini insisted that the three children stay together, they were not adopted but instead brought to a foster home in Buffalo NY. Mini later learned that her parents Hermann and Frieda Oppenheimer, and her youngest brother Eli perished in a concentration camp in Minsk, Russia.