Group portrait of young children in the Schlachtensee kindergarten. 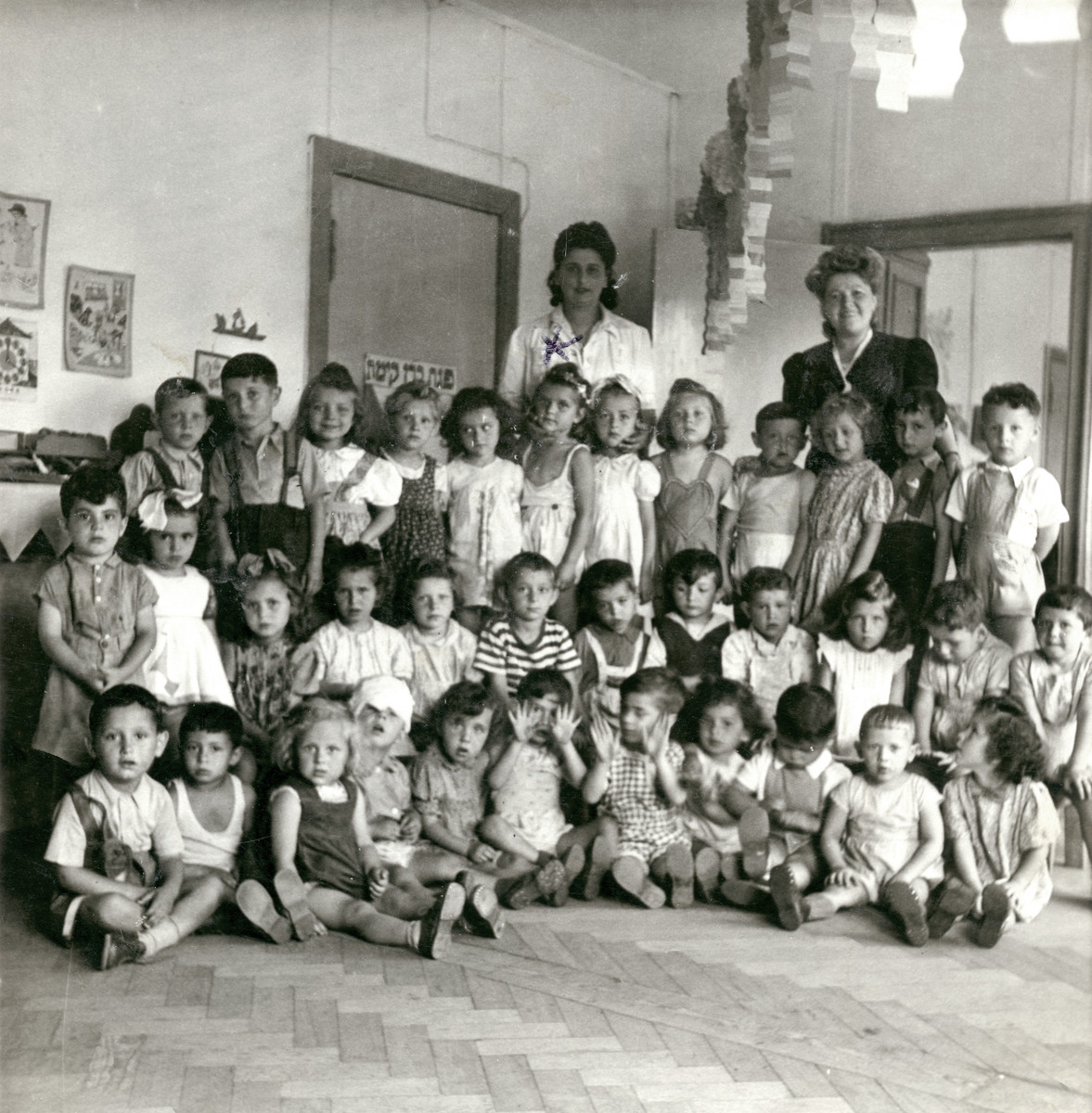 Group portrait of young children in the Schlachtensee kindergarten.

Clara Finkelstein is standing in the last row of children, 6th from the left.

Biography
Clara Schnitzer (born Finkelstein) is the daughter of Moshe (Moszek) Finkelstein (b. May 16, 1916, Warsaw, Poland) and Frania (Freida) Mirt (b. September 5, 1920, Bialystok). Clara was born on September 4, 1941 in Pinsk, Poland. Her father Moshe was a radio technician in Poland and is believed that he survived the war in the Russian Army working in his field. Frania, her sister, and Clara escaped to Uzbekistan. After the war, Frania and Moshe reunited and stayed in the Schlachtensee displaced persons camp, for about three years. The family later returned to Poland where they lived in Walbrzych (Waldenburg). Because of Moshe's profession, the family could not leave Poland until 1956 when they immigrated to Israel via Naples, Italy. There they boarded a ship to Israel. Clara grew up in Nes Ziona, Israel. Frania died in Israel in 1974. Moshe died May 9, 1995 in Israel.

Clara married Rafi Schnitzer. Rafi was born in 1941 in Palestine. His family emigrated from Vienna, Austria in 1939. Rafi and Clara have two children and five grandchildren.