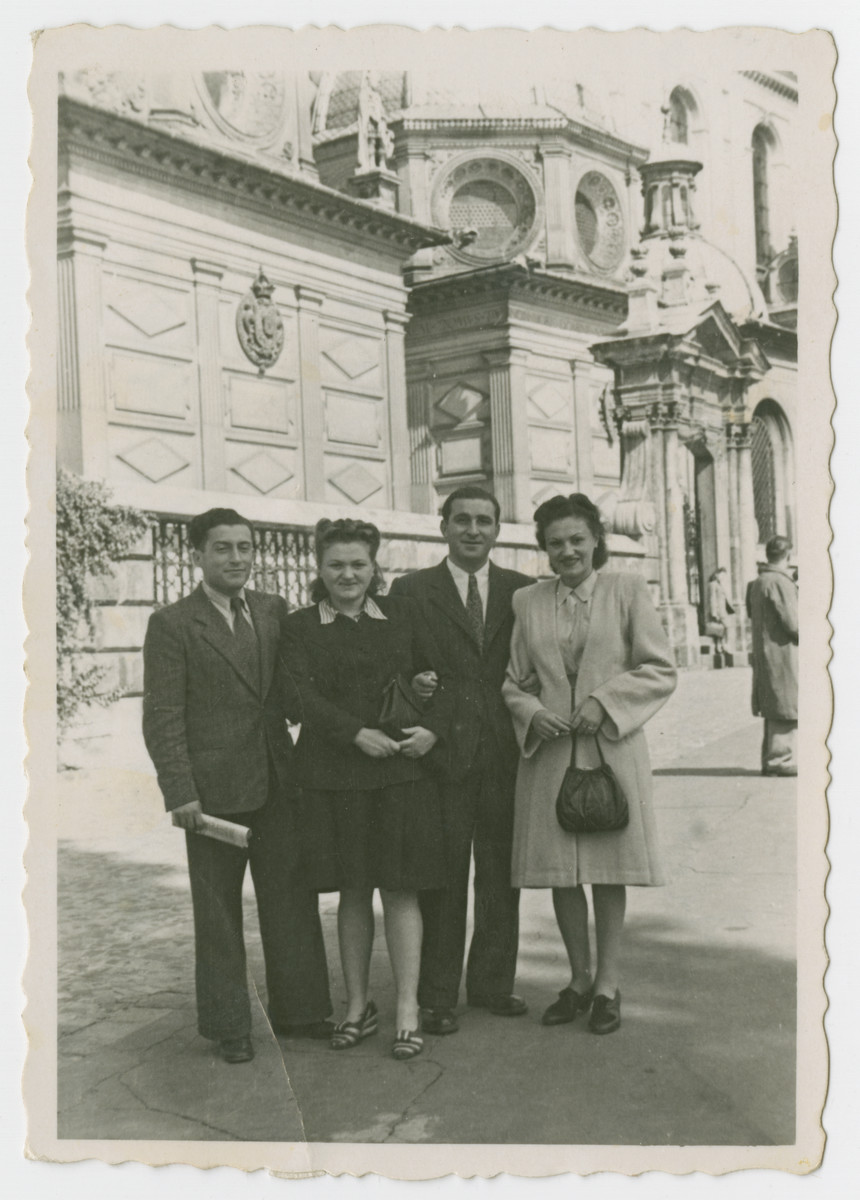 From the left: Michael, wife Etke, Sam, and Franja.

Biography
Michael Garber (born Mojsej Garber) was the son of Aron and Frajda Garber. He was born on December 31, 1918 in Warsaw, Poland. He finished three years of medical school in Tours, France before his visa expired in 1939. He then returned to Poland, but soon fled to the Soviet Union after experiencing forced labor under the Germans in Warsaw. Michael worked as a physician's assistant at several camps thorughout the Soviet Union until the end of World War II when he moved to Wroclaw. to finish his medical studies. He emigrated to Israel and then France in 1956 and settled int eh United States in 1959.