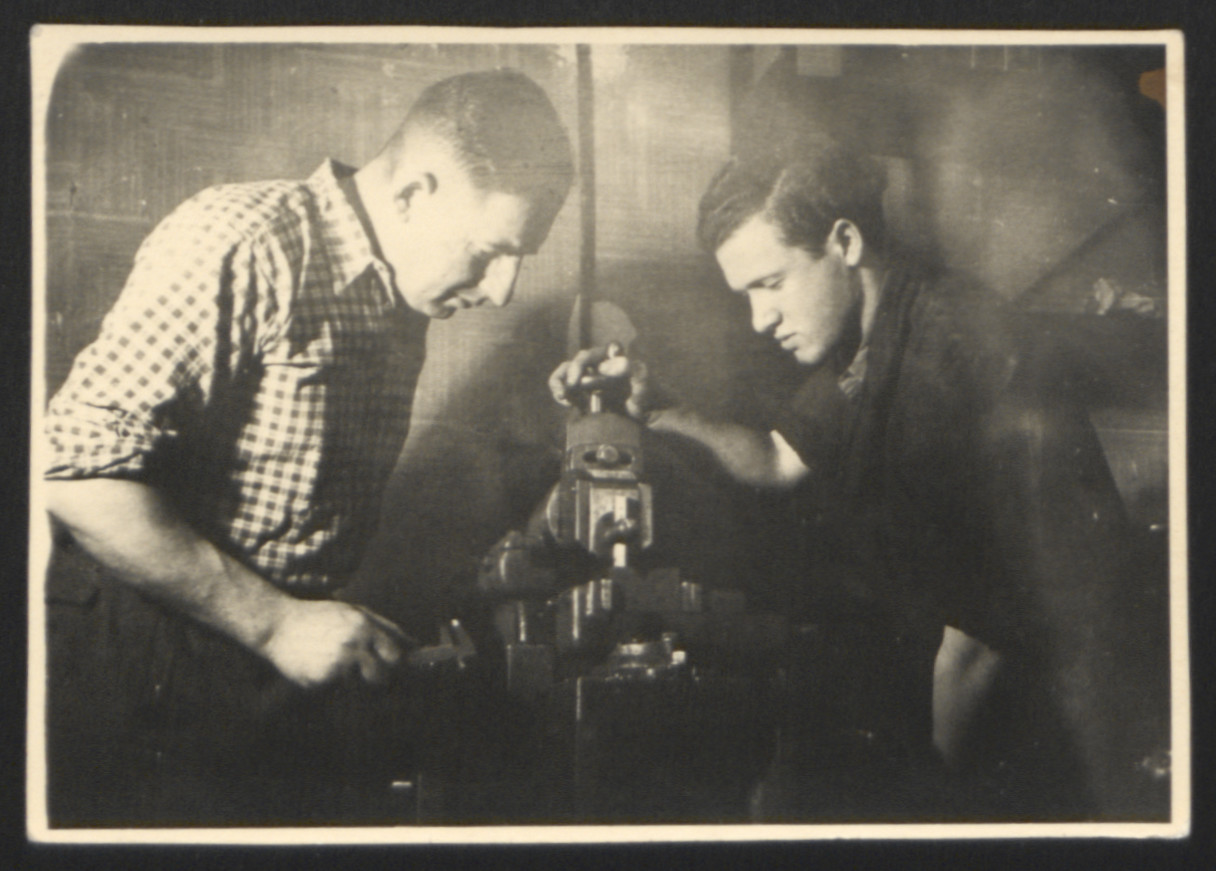 Biography
Chil Turek (the father of the donor) was born on May 4, 1908 in Warsaw, Poland to Isaac Turek and Cyporja Goldberg Turek. He had two brothers, Mendel and Jakov, and one sister, Astra. In 1927, Chil married Maria Cwajbaum in France. Maria was born in 1905 to Aron and Chawa Szlifersztejn, and worked a seamstress. She and Chil had two children, Sarah (born 1928 in Paris, France) and Aaron (born 1932 in Warsaw, Poland). The Tureks lived in the Warsaw ghetto from 1940 to April 23, 1943 when they were arrested in a round-up of Jews. Thereafter, the family was deported to Lublin-Majdanek concentration camp, where Maria, Sarah, and Aaron were killed in 1943. Immediately following, Chil was transported to Radom labor camp and remained there until July 1944. He was then transported by train to Auschwitz and then to Natzweiler-Vaihingen. In April 1945 he was sent to Dachau and liberated during an evacuation of prisoners from the camp. After the war, Chil was living in the Feldafing and Stuttgart-West DP camps in the U.S. Zone from roughly 1946-1948. Here, he worked as a locksmith mechanic and taught in the ORT school. In 1949, Chil immigrated to the United States on the USS General Haan, and arrived in New York on December 28, 1949. Upon arrival, he settled in Providence, Rhode Island where he met Mary Russian (1913-1986). Mary was the daughter of Israel and Sarah Russian. She had 3 brothers and 2 sisters. At some point after his arrival in the U.S., Chil changed his name to Charles. Chil and Mary's daughter, Cheryl Iris, was born in 1952. Chil continued to work as a knife maker for Imperial Knife [Company] until his death in 1971 of myeloma.