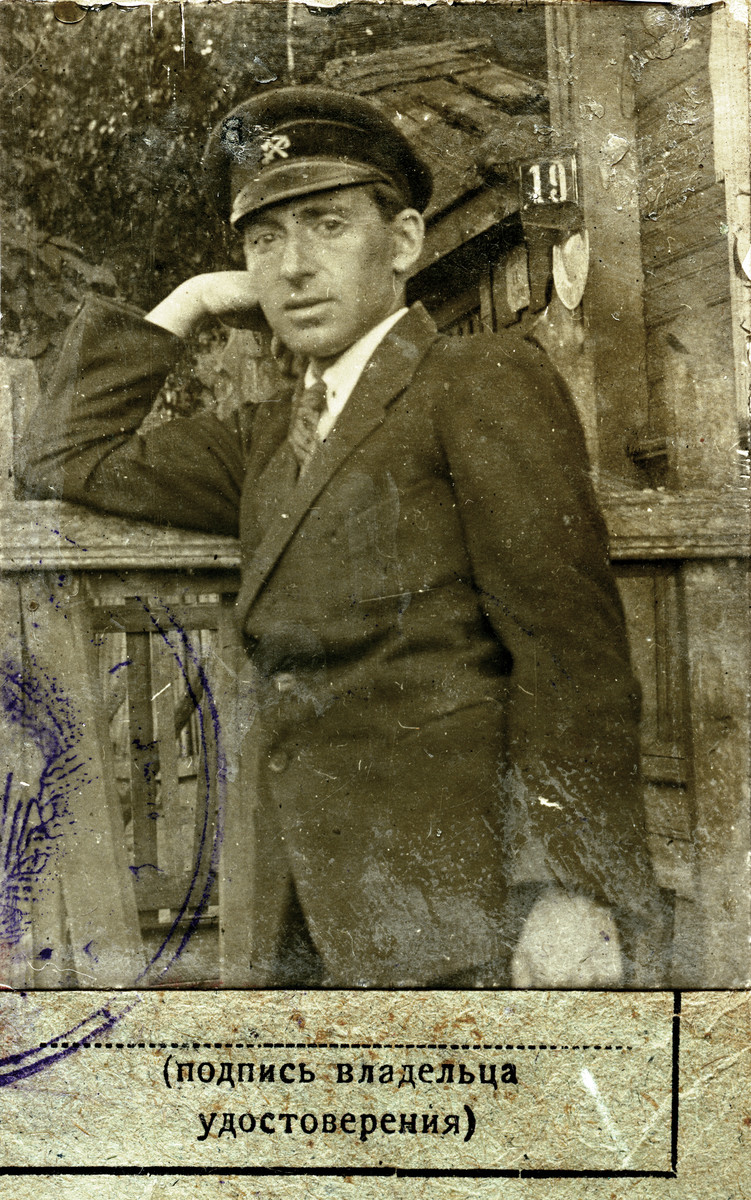 His cap has a design of an anchor crossed over a pickaxe, which was used in the Far Eastern Republic of Russia to symbolize the union of the fishermen and miners.

Biography
Tamara Magid is the daughter of Ilya Magid (b. 1897) and Henrietta Seltzer (b. 1905) and the granddaughter of David and Chana Tzivia Magid.. David Magid was a professor of literature in St. Petersburg. Ilya had an older sister Sofia who was a professor of music and married to Michael Elmekchi. Tamara was born on June 26, 1930 in Leningrad. Ilya was an engineer. He later perished from hunger in 1942 during the siege of Leningrad. His father He had two brothers, Mordechai and Yehuda. After the fall of the Soviet Union, Tamara immigrated to Israel together with her husband, Nicolai Magid.