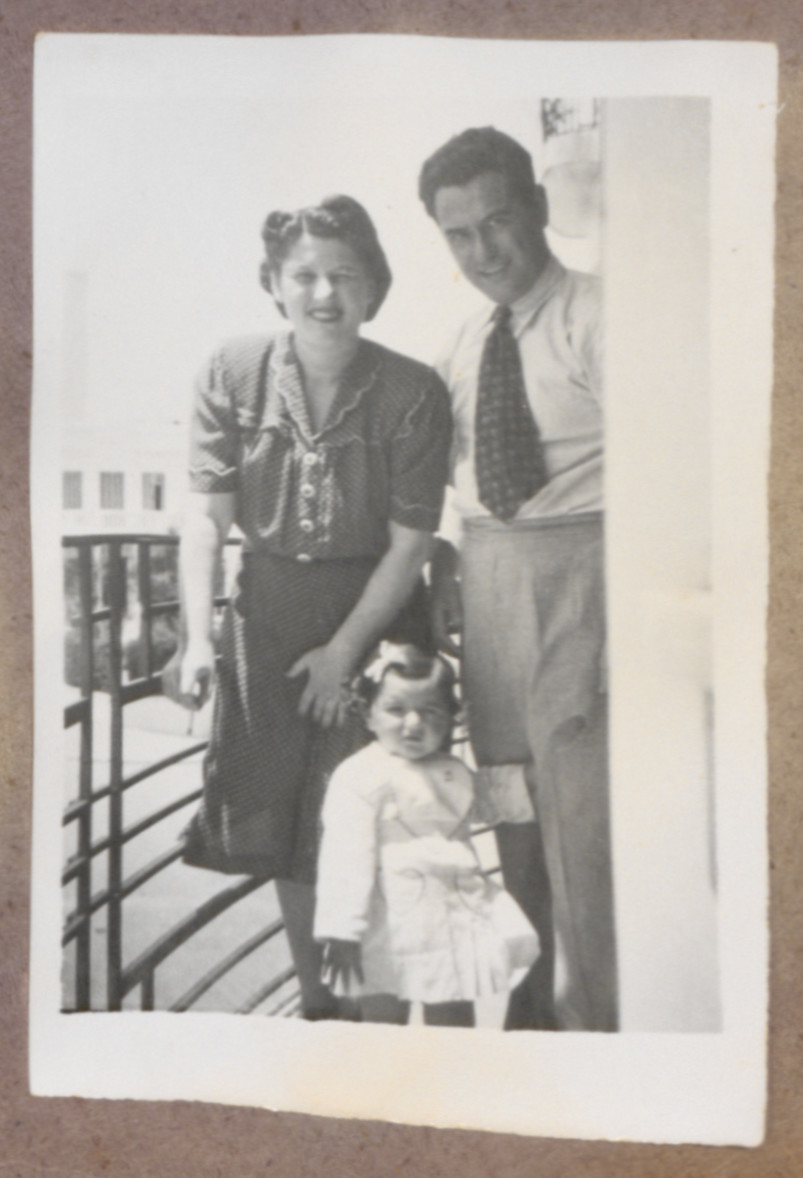 Biography
Daisy Merey (born Breuer) is the daughter of Lilly Roth and Tibor Breuer. Daisy was born in and grew up in Tangiers. Her mother Lilly was the daughter of Irma and Desiderius (Deszo) Roth, wealthy Hungarian Jews. Deszo died from gangrene that developed in World War from a gunshot wound. Irma remarried to Deszo's close friend Miklos who helped care for them after Deszo's death. Tibor's family less affluent. His father was a cloth merchant. Because of the quota restricting Jewish entry into university, Tibor left Italy to study medicine in Padua, Italy. He helped pay for his tuition by playing violin at night. He later transferred to another school in Genova. During a vacation he went back to Budapest, and soon he and Lilly eloped. After completing his medical studies, their marriage became public. They settled in Genova, where Tibor practiced dentistry and Lilly cosmetology. Both of their businesses thrived. Tibi's brother, Oscar married and had a son Paul (later Nathan) who he never met. Soon after his marriage, Oscar was drafted into Hungarian Labor Battalion and never returned. Lilly and Tibor remained in Italy but soon antisemitic policies there made their life more difficult. They received notice that they had to leave the country within 48 hours. A Christian friend agreed to smuggle their money to safety in a Swiss bank. She also smuggled out jewelry sewn into Tibor's violin chin protector. Since they had to leave immediately, they took a boat to Spain not knowing their final destination. They went to Barcelona but as they were not permitted to work, their money began to dwindle. They then learned that they could move to Tangiers. A 1923 treaty following WWI allowed citizens of Austro-Hungary to enter Tangier without a visa. The city thereby became a safe-haven for many Hungarian Jews. Lilly and Tibi took a ferry from Andalusia to Tangier where Tibi reestablished his dental practice. Daisy was born soon after. She was the first baby born to Hungarian parents in Tangier. Ironically, German soldiers in Tangier socialized with Jewish refugees since they were the only other Westerners there and had a shared a similar culture and language. The Germans used Tibor as their dentist telling him that his Jewish race was not a problem outside of Germany.
Lilly and Tibor tried to help their family still in Hungary by sending Spanish papers and food packages. However many perished. Lilly's mother was spared deportation after being warned by the mayor of her the town where she had a country villa to flee immediately and return to Budapest. However her grandparents, then in their 90s, were beaten by Arrow Cross to reveal where they had hidden their valuables and then deported to Auschwitz and killed.

Daisy and her parents remained in Tangier until the 1950s when they immigrated to the United States. Daisy attended Barnard and medical school. She later married John Merey, another Hungarian Jew who had survived as a child through the Kasztner Transport.