Erwin Schwalb 's maternal grandparents, the Goldners, pose in the center of a group portrait, 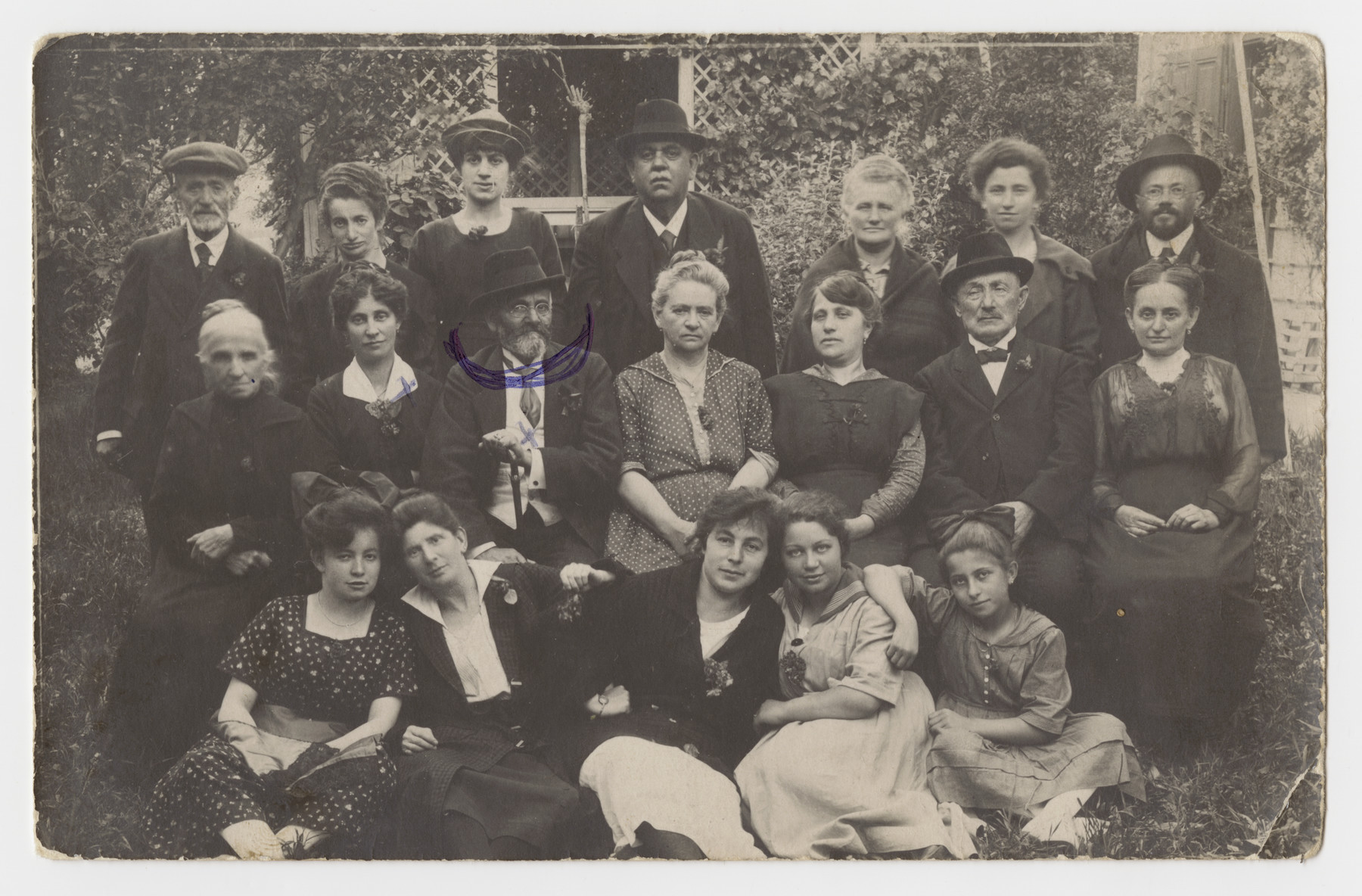 Erwin Schwalb 's maternal grandparents, the Goldners, pose in the center of a group portrait,

Biography
Ann Mantell is the daughter of Jan Sebor and Marta Koranyi. Jan Sebor (born Erwin Schwalb) was the son of Armin Schwalb and Anna nee Goldner. He had one sister Hedwig. His grandfather Ruben was the headmaster of a Jewish school. Armin had two brothers, Alexander who survived the war and Moric who did not. He also had a sister Franka who died very young. He had a half-brother from his father's second wife name Alfred. Anna also raised a foster daughter names Valerie who later was revealed to be the illegitimate daughter of the Albert, the Duke of Schlewsig-Holstein. Jan was born on April 17, 1913 in Liptovsky Mikulas Slovakia. He attended school in Kosice and conservatory in Prague where he trained to become an actor. He then adopted the stage name to Jan Sebor and starred in several plays in the Czech National Theater and also in a 1938 Czech movie. Jan managed to escape to Budapest and he and his sister Hedwig survived the war. However, his two parents perished in Auschwitz in 1942.

Marta Koranyi was the daughter of Sigmund Koranyi (originally Kohn) and Sara Schwarz Koranyi, prosperous Hungarian Jews. Sigmund was the son of Simon Kohn and Fanny (Franceska) Kellerman Kohn. He grew up in Zilina but moved to Budapest where he owned a small iron factory. Marta was born on May 24, 1921 in Budapest, Hungary. She had one brother Erwin. During the war the family survived in Budapest. Marta assisted Raoul Wallenberg typing Schutzpasses. She and her family lived in a safe house on 1 Jokai St. However the building was raided in January 1945. She and her mother hid in a closet; her father hid stuffed in a couch and her uncle and his wife hid in an airshaft. Everyone in the house was killed except for Marta's immediate family. However, much of their extended family perished in the Holocaust. Sigmund was one of eight children and only three survived. Two of his sisters, Helena and Edith married two brothers whose last name was Bock. Both couples perished. Helena and Martin’s son Ivan Bock also was killed in Auschwitz at the age of 10. One sister Edith was deported one day after her wedding. His brothers Bela and Feri Kohn also perished. Bela was deported to Auschwitz in 1942.

Jan and Marta met in Budapest during the war. They married in Budapest on April 17, 1946 in Budapest. Afterwards they moved first to Prague and then in 1949 they immigrated to Israel. In 1956 they settled in the United States.