Hana Lustig poses with her father, Karel Lustig right before they were sent to Theresienstadt. 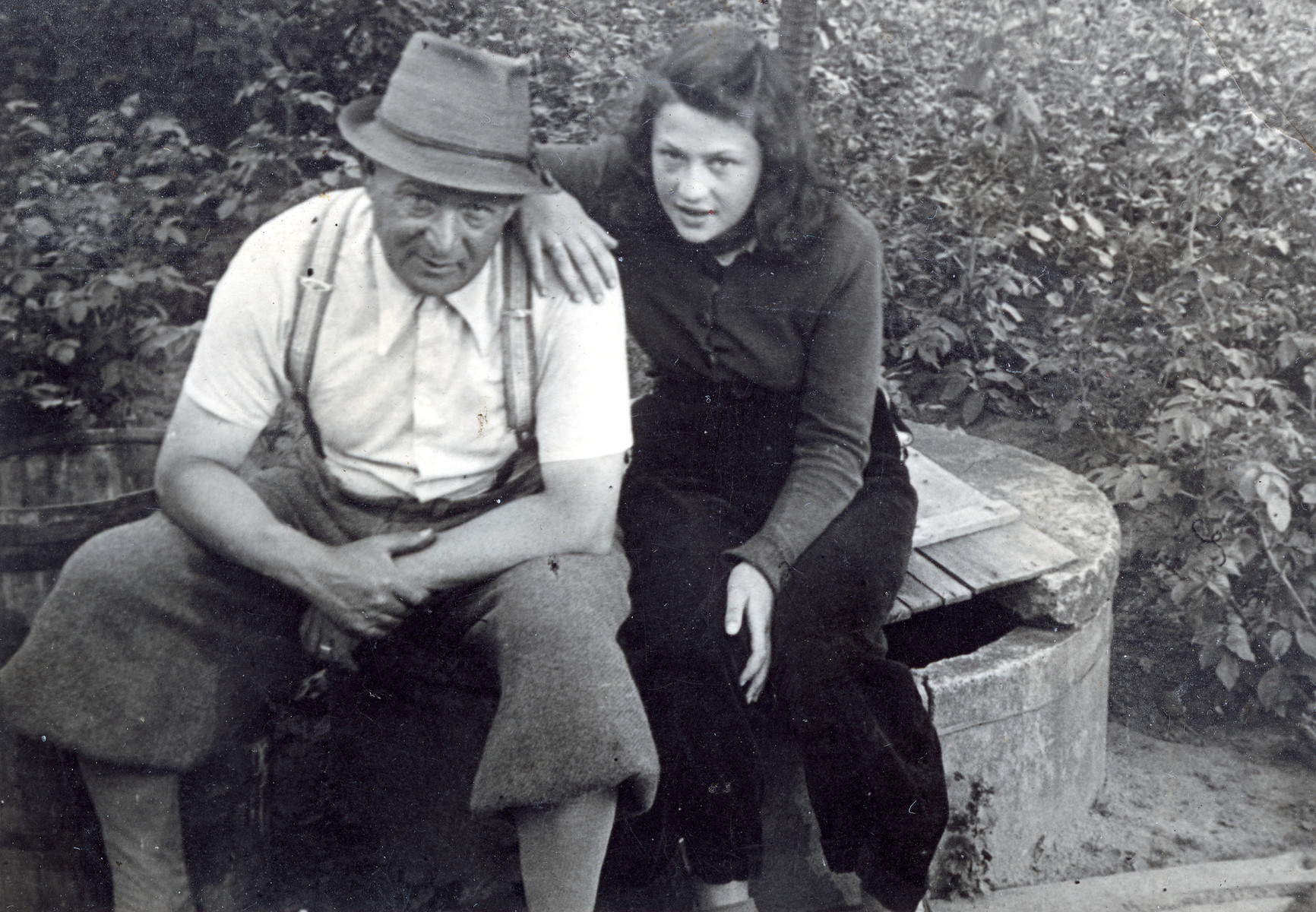 Hana Lustig poses with her father, Karel Lustig right before they were sent to Theresienstadt.

Biography
Hana Greenfield (nee Lustig) was the daughter of Karel Lustig (b. 2/10/1892) and Maria Lustigova (b. 4/16/1902). Hana was born on November 3, 1926 in Kolin, Czechoslovakia where her father owned a moving business. Her older sister Irena (Irka) born in 1924. Although Kolin had a community of a few thousand Jews, Hana was the only Jewish child in her class. In 1940 the Nazis evicted the family from their home, and Hana, her mother,and sister went to live with her grandmother. In 1941 Hana began working for Dr. Pavel Fantel at the Jewish community office, maintaining the index card system for the community. Dr. Fantel taught Hana how to destroy the card of any Jew who had escaped so that he could not be traced and how to smuggle notes or some food to Jews who were held by the Gestapo. Later Hana encountered him in Terezin where he was a medical doctor. (He also was a wonderful artist who depicted life in Terezin and whose paintings reached Yad Vashem after they were smuggled out of Auschwitz.)

On June 5, 1942, Karel Lustig was deported to Theresienstadt. The following week, Hana, Marie, and Irka were also deported. When their train stopped in Bohusovice, 50 people, including them, were taken off the train and marched to Terezin. The rest of the transport was sent to the East. In Terezin. Hana found work in the camp kitchen. One day while serving soup, her grandfather Adolf approached her and asked her for something from the bottom of the pot. She pretended not to recognize him but later on brought him two potatoes which they shared together. Two days later she went to look for him again and learned that he had used the knife with which they had peeled the potatoes to take his own life.

In 1944 Hana was deported to Auschwitz. The SS selected her and 500 other Czech women to perform forced labor in the port of Hamburg-Freihafen. For more than a year they were sent throughout the city to clear bomb rubble. One day they returned to find their own barrack destroyed by bombing. The women were then transferred to Neugraben where conditions were even worse; instead of clearing rubble they repaired frozen water pipes and worked in brick and munitions factories. One day when out of sight from the SS Hana mustered her courage and knocked at a house to plead for food. The shocked woman beckoned her in, gave her a bowl of soup and told her to return when she could. A few days later Hana returned and the woman gave her a bowl of sweet thick porridge and also a pair of old men's shoes with new soles that the woman's husband had repaired for her. The guards did not notice either her absence or her new shoes. A day later Hana was transferred and never saw her rescuers again, but her faith in humanity was restored.
After Neugraben was bombed, the women were marched to Bergen-Belsen concentration camp. They had almost no food or water. Hana finally was liberated on April 15, 1945 by British troops.
Hana later learned the fate of her mother, who had worked as a children's nurse in Terezin. After the liquidation of the Bialystok ghetto, a transport of 2000 older children were sent to Terezin. From there, they were transported to Auschwitz on October 5, 1943, accompanied by a group of adults which included Maria Lustig. They were killed the following month [...] sent to his death in Maly Trostenets in Minsk. Hana's sister Irka survived in Terezin, although her husband was deported. After the war, Hana made her way to England and then immigrated to Israel where she met her husband Murray Greenfield, in 1956.