Jews transport their wood rations to their homes in the Kovno ghetto. 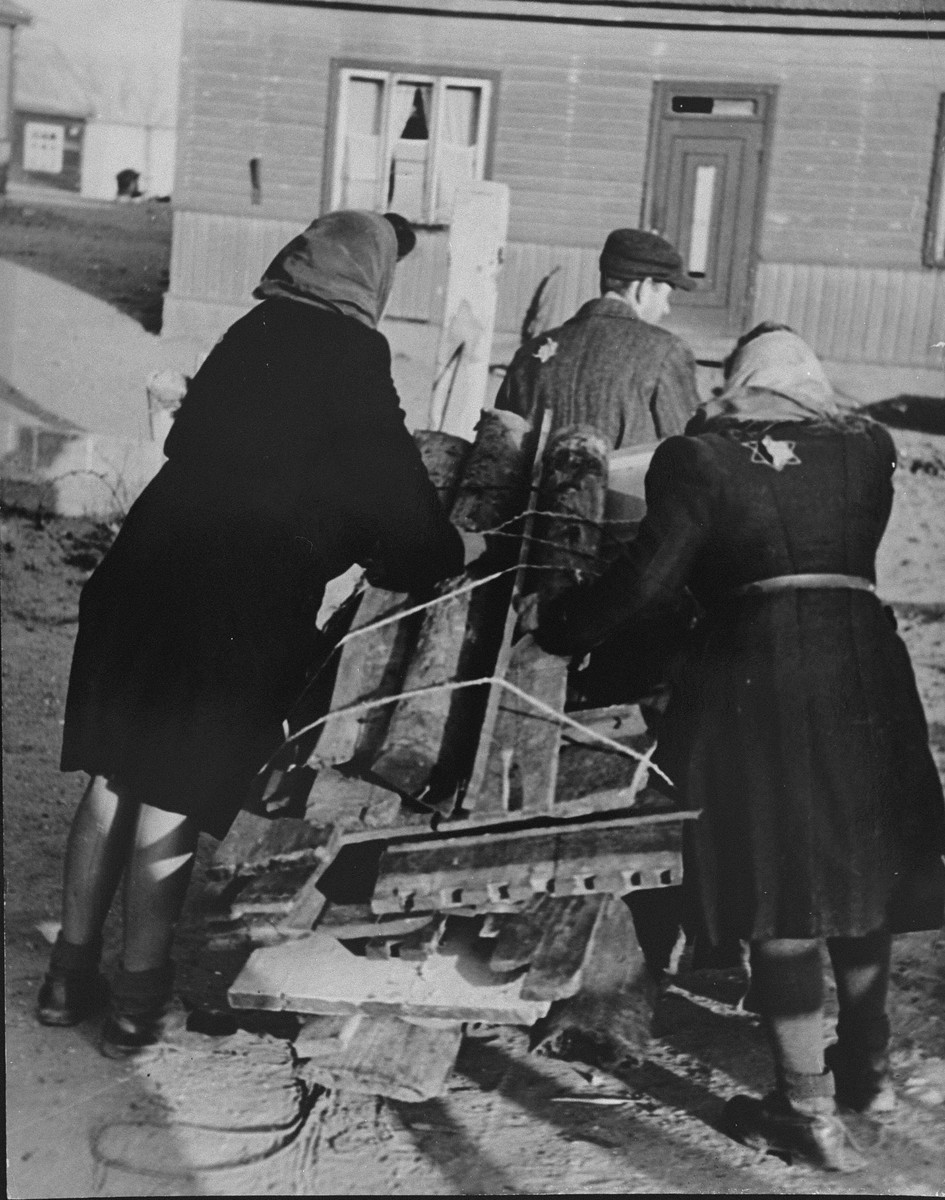 Jews transport their wood rations to their homes in the Kovno ghetto.

Event History
Homes in the Kovno ghetto were heated by primitive wood-burning ovens, many manufactured within the ghetto itself. The 17,000 residents in the ghetto were supplied by the Germans with an official ration of wood, but it was woefully inadequate. The elementary school (while still legal) sometimes had to close for lack of heating, and students were required to bring their own piece of fire-wood. The firewood shortage was particularly acute during the first winter (1941-1942) which was one of the coldest winters on record in Lithuania. This led to many residents illegally tearing down and burning fences, gates and other building materials. Many smuggled additional wood into the ghetto which they purchased from Lithuanians illegally while on labor brigades.