Roman Frister stands by the dining room table in his home. 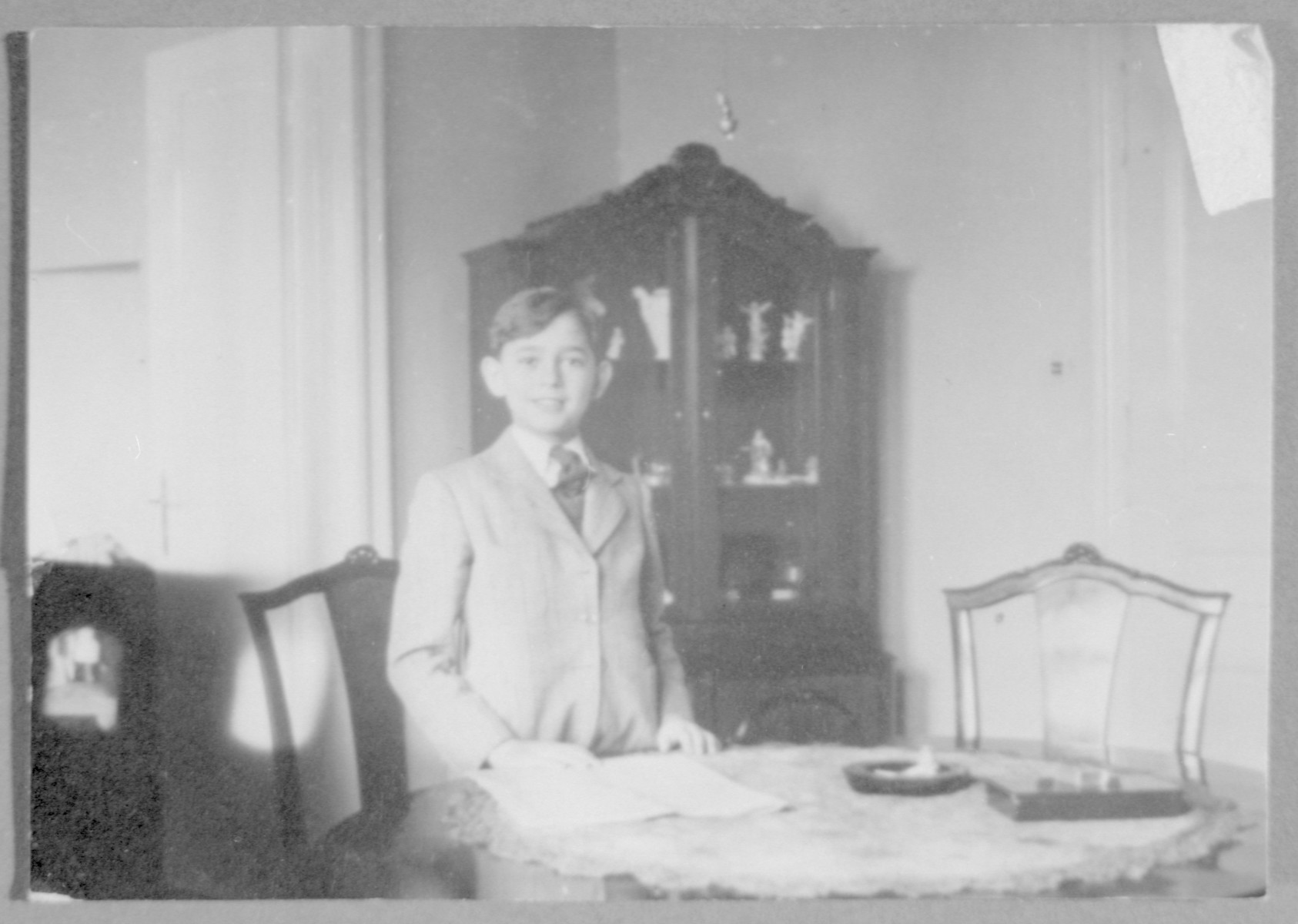 Roman Frister stands by the dining room table in his home.

Biography
Roman Frister was born on January 17, 1928 to Wilhelm and Franciszka (nee Rosenwiesen) Frister in Biala-Bielsko, Poland where Wilhelm worked as an attorney. Though the family was not religious, Wilhelm and Franciszka sent Roman to the Kraszewski Hebrew Elementary School. During this time Roman also received lessons in English from a private tutor. Following the German invasion of Poland the Frister family fled Bielsko, and went on to spend time in Chelm, Zdolbunov and Lwow, before finally settling in Krakow. Through false documents that identified her as a non-Jewish Pole, Franciszka obtained a position as a typist at the Wehrmacht officer's club. As a consequence of this work, Franciszka came in to contact with Nazi occupiers, among them SS officer Wilhelm Kunde, a so-called 'Judenreferent' who worked for the local Gestapo in matters concerning Jews. With her German language mastery, and through the presentation of herself of a non-Jewish woman married to a Jewish man, Franciszka attempted to pursuade Kunde to permit her and Roman to leave the ghetto and to spare Wilhelm from deportation. The deal was finally agreed upon in exchange for family property,and mother and son were able to leave the ghetto. Not long thereafter, however, Roman was denounced to the Gestapo by an informant, and Franciska and Roman were arrested. Franciszka Frister was killed by Kunde during a violent interrogation that followed. Roman and his father were subsequently deported from Krakow to Plaszow and later on to Starachowice where they were forced to work in the camp armaments plants . As a consequence of the harsh conditions and a lack of nutrition Wilhelm soon declined and contracted typhoid. Following the death of his father Roman was deported from Starachowice to Auschwitz where he was interned for several months. Later Roman was transferred on to Mauthausen. When Roman was finally liberated in May 1945 he weighed just 82 pounds and was suffering from numerous ailments including tuberculosis. Roman recovered slowly over the next two years before he returned to Poland in 1947. While in Poland he was able to recover some of the property his parents had left with non-Jewish acquaintances, including personal documents and photographs. Struggling to begin a career in journalism and facing antisemitism and censorship, Roman eventually immigrated to Israel in 1957 with his second wife. A decade later in 1967 Roman Frister returned to Germany to provide evidence against Wilhelm Kunde who was then being tried before a court in Kiel.