A Jewish family in the Cremona displaced person's Camp. 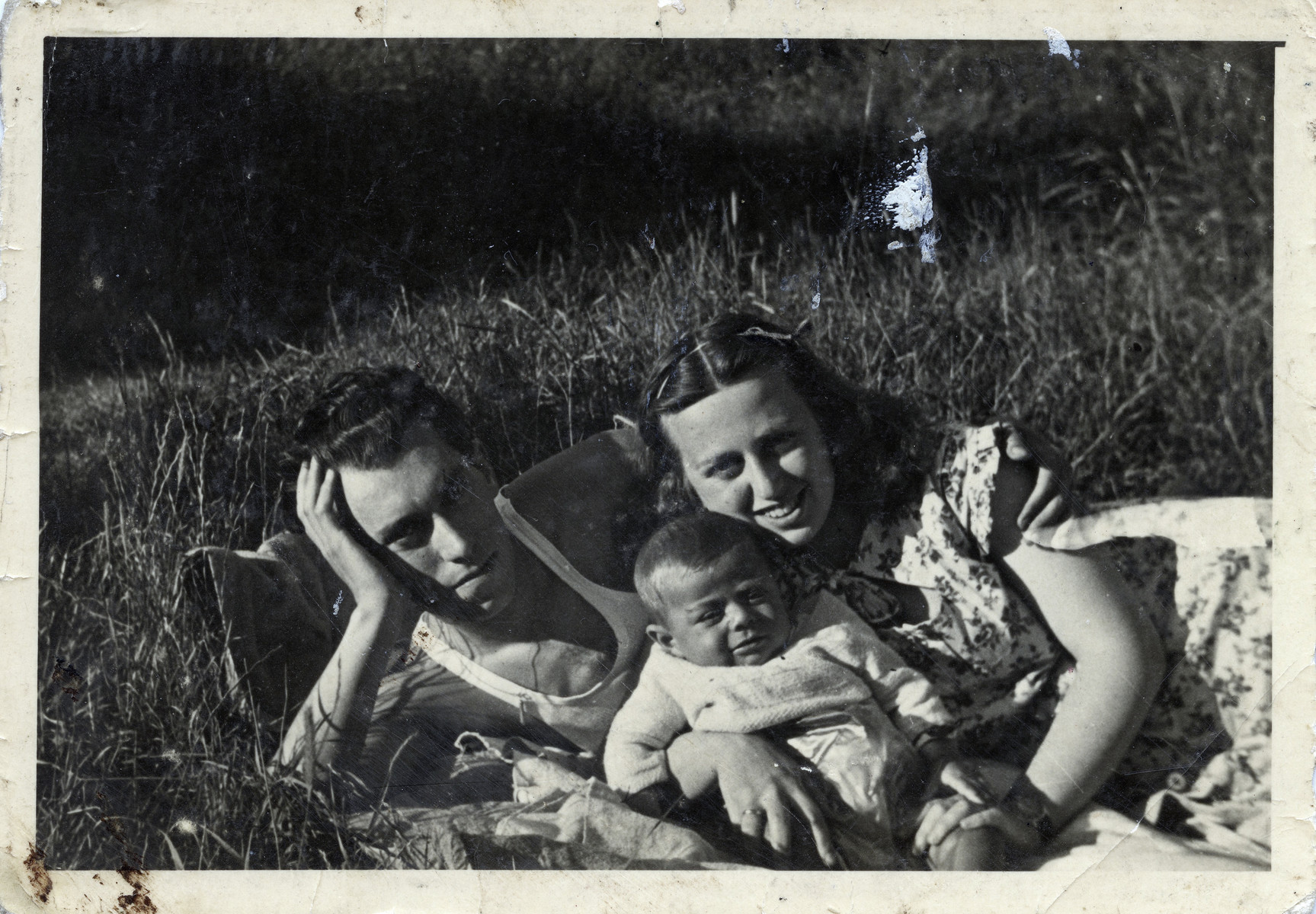 A Jewish family in the Cremona displaced person's Camp.

Pictured are Eugene and Kato Leibovitz with their son George.

Kato was born August 5, 1926 in Budapest. Her father, Josef Stern. had been married previously and drove a Mercedes Benz taxi. His two sons, George and Martin born to his first wife, helped him with his cab and were chauffeurs. Hannah (Hanni) Leah Blaustein, his second wife, was a very observant Jew. Josef, however, was not and belonged to the Nelolog synagogue, but chose to put on tefillim to please Hanni. In public school Kato excelled in math but at the age of 16 had been barred from gymnasium because she was Jewish, so she apprenticed to a milliner instead. Kato and her family were forced into the ghetto and had to wear the Jewish star. Kate received a Schutz-Pass from Wallenberg that protected her.

Eugene was born April 5, 1924 in Berehova, Czechslovakia. He left Berehova for Budapest in 1941. There he was sent to forced labor, sewing uniforms for the Germans. (Hugo Boss had a concession for sewing uniforms for the Germans.) He had grown up in the footsteps of his father, Abraham Lebovics, as a custom tailor. He was a very skilled worker by the time he was a young man. Abraham had put Eugene to work at the age of 7 and told him, "No matter what happens in your life, all you need is a thimble and a needle and you can work." In 1944 when he was released from forced labor he married Kato Stern, a very distant cousin, on August 4th.

Upon liberation, Eugene and Kato were smuggled to Italy by the Jewish Brigade and came to the Cremona displaced persons camp where their eldest son George was born. Although they had hoped to reach Palestine, they obtained visas to the U.S. where they arrived in 1946. Eugene found work in the New York garment district where he became head designer for a large coat and suit company prior to moving to Kansas city where he helped to expand the Youthcraft Manufacturing company. Three more children were born in the United States: Allen Lebovitz, Shari Baellow, andd Karen Berger. Today, George lives in Israel with his wife and has one son who lives in Israel with his six children.