A group of Yugoslavs relax on a beach in Belgrade. 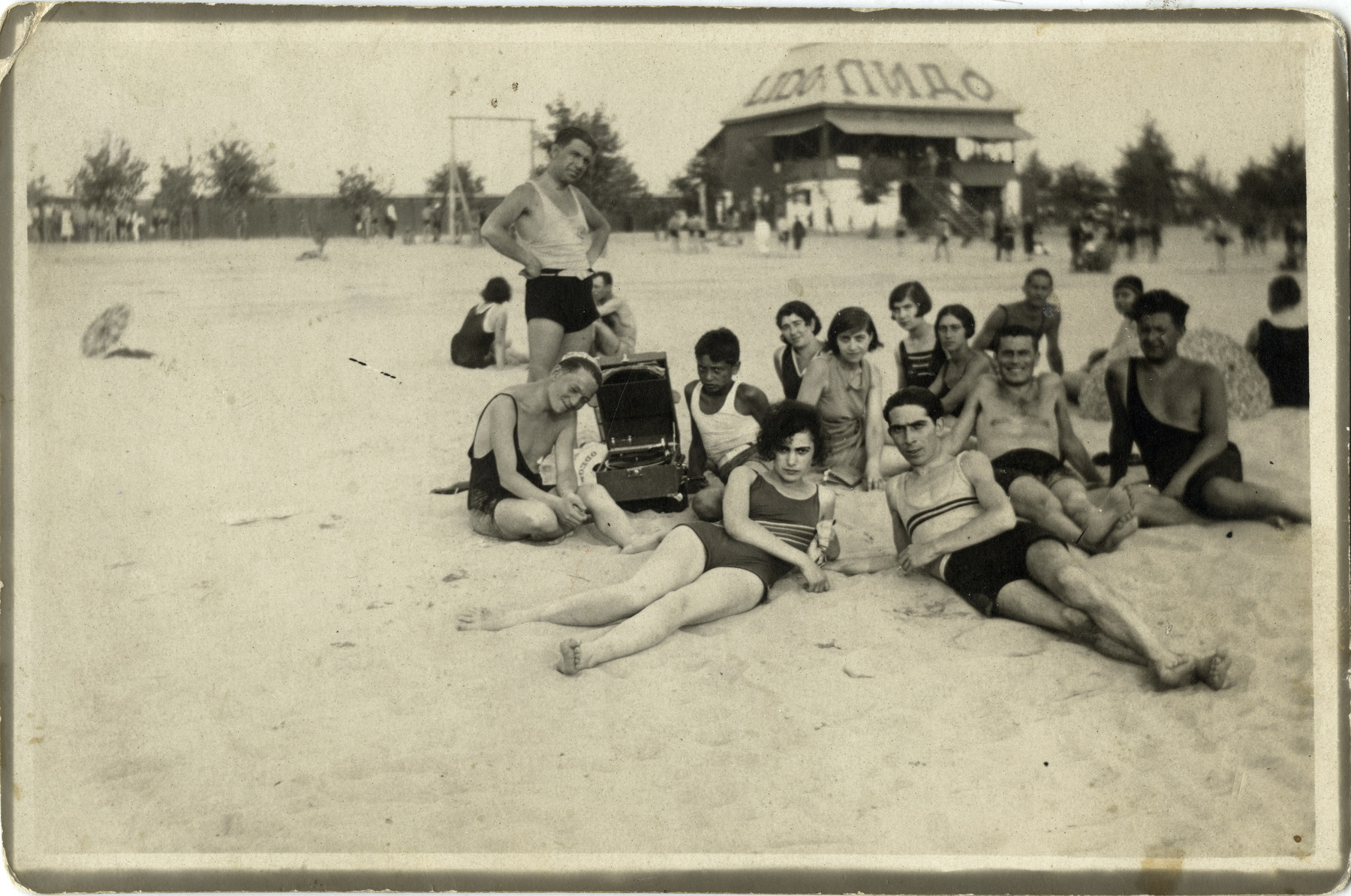 A group of Yugoslavs relax on a beach in Belgrade.

Biography
Joseph Manojlvic was born on September 25, 1931 (Belgrade, Yugoslavia) to Hilda Gerstel (b. Nov. 9, 1904 ,Vienna, Austria) and Yitzhack-Izak (Bato) Manojlvic (b. Feb. 6, 1902, Belgrade, Yugoslavia). Yitzahack had five sisters: Rasha (perished), Milla (came to Palestine before the war), Mary (perished), Sophia (perished), and Tzana (survived the war). Joseph also has one brother Moshe born July 4, 1937. In the 1920's, Joseph's father Izak went to Vienna to study law and economics at the University. However, when Aryan laws came into effect, he returned home. In Vienna, Izak met his future wife. They married in 1929 and returned to Belgrade where Izak worked in the import and export field.

On the first day of the war, Izak was conscripted to the Yugoslav army. He became a prisoner of war in Germany and was placed in the POW camp in Osnabrueck where he remained for the duration of the war. After his release, Izak stayed in Germany to help track down Nazis.

During the war, Joseph and his mother earned a living by making shoe laces from leather for the Yugoslav army. However, in 1941 they received a deportation order. They then escaped to the surrounding forest with Joseph's brother Moshe, and their paternal grandmother, Clara, as well as other cousins. They lived briefly in the town of Vosdovac, but kept moving from one place to another staying in huts, hidden in the forest. They had a small amount of money, but received some help from Christians who they knew before the war. Although people brought them food, they were hungry all the time. Joseph often went to the middle of the woods to find food and firewood.

On occasion, they received word from their father via the International Red Cross. (Author Jenny Liebel's father was in prison with Itzak and writes about him in her publications.) The family reunited after liberation and immigrated to Israel in December 1948 on the Greek ship Kefalos. Upon arrival they were sent to the immigration camp in Beer Yaakov and then settled in Jerusalem, to the German colony. Joseph's father opened a .perfumes=, soap and cosmetics store., and Joseph's mother, worked at WIZO day care center as well as for Dr. Ticho, the famous Jerusalem eye doctor.