Studio portrait of Isser Nividomsky (center) and two other boys from the Pioneer summer camp in Druskininkai. 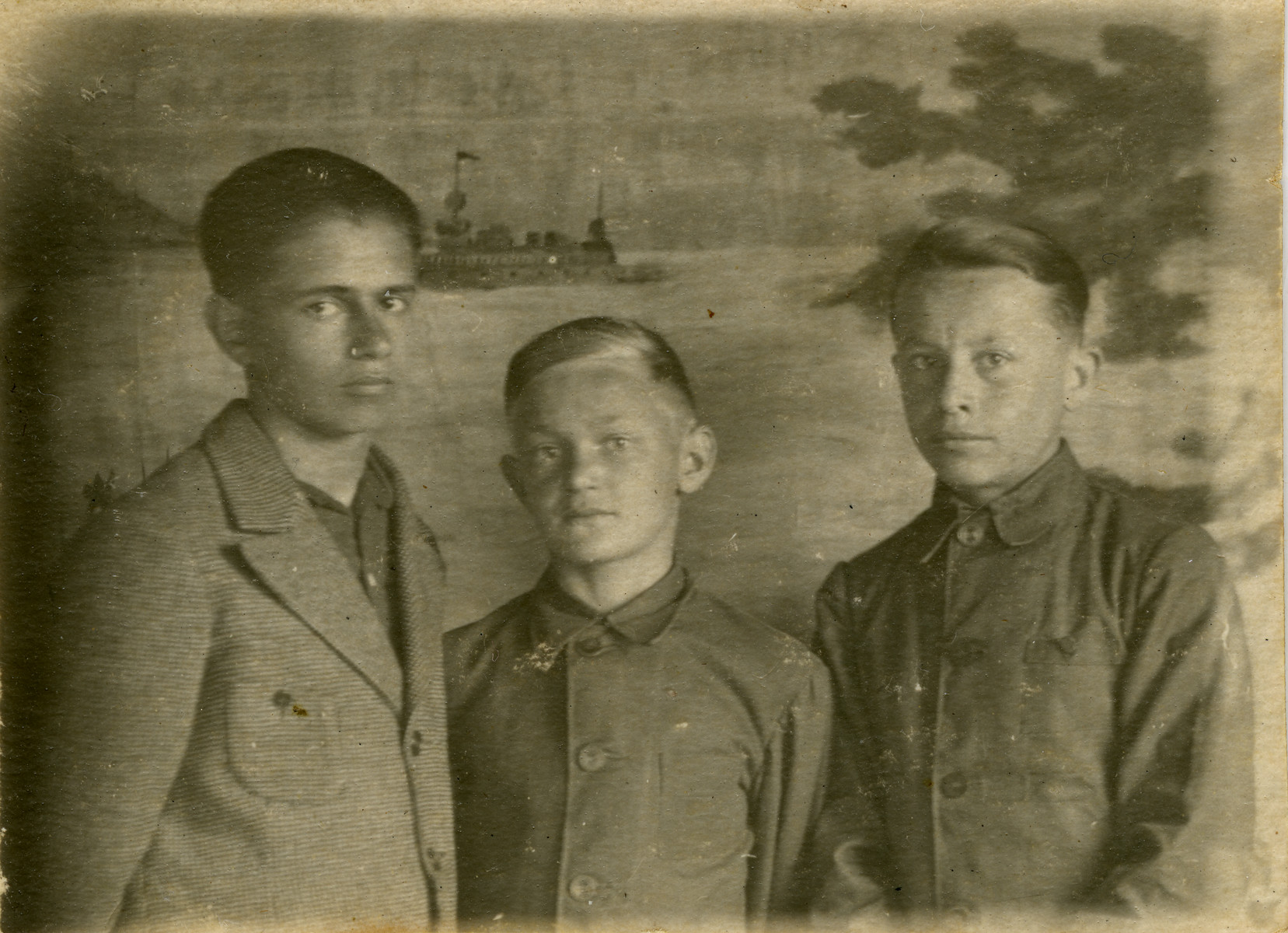 Studio portrait of Isser Nividomsky (center) and two other boys from the Pioneer summer camp in Druskininkai.

Biography
Yitzhack Niv (born Isser Nividomsky) is the son of Shabbtai (b. ca. 1910, Bialystok, Poland) and Rivka Surasky (b. ca. 1910, Bialystok, Poland). Isser was born on December 15, 1931 in Bialystok wehre Shabbtai was a tailor. Yitzhack had one brother, Benzion, born ca. 1933. Yitzhack is the only member of his immediate family who survived. The family was religious and attended both the large synagogue and smaller paryer houses in Bialystok. Yitzhack completed three grades lat the Tachemoni Hebrew school studing Hebrew, Yiddish and Polish.

In the summer of 1941, his parents sent Isser, who was not in good health, to the Pioneer summer camp in Druskininkai, Lithuania, in hopes that exercise and fresh air would strengthen him. On June 22, 1941, Germany invaded the Soviet Union. The camp director, Stasis Swiderkis (later was declared a Righteous of All Nations) was determined to evacuate the camp and bring the children to safety. He evacuated the children on a train headed to Vilnius. The children stayed on the train and eventually arrived in the town of Sarapul on the shore of the Kama River, in the autonomous Udmurt Republic. The children from the Pioneer summer camp were sent to a sanatorium for a few months and later transferred to the village of Sharkony where an institute for juvenile offenders had been evacuated.

Shmuel Markovitz Pevsner worked to make the children's lives managable. He obtained a building where the children could live. The building was built purposefully around a well, to provide them with a source of water. The boys and girls lived separately, but both Jews and Christians lived together. Pevsner went around the dorm each night to ensure that the children were tucked into bed. He also managed to secure elt shoes from the authorities to keep the children's feet warm.

Yitzhack, and most of the children, did not speak Russian but by the end of the school year, he spoke fluent Russian. Yaakov Tobias, a Socialist Zionist educator, also lived with them. He became a guiding force for the children and an important addition to the staff. At the end of the war, the children were told to send letters to their families, but no answers were received. Tobias was instrumental in helping the children prepare for immigration to Israel.

On July 6. 1946 a group of fifty nine children and young adults set out for Palestine. Shmuel Markovitz escorted them to the Polish Russian border. Upon arrival in Poland. Tobias assumed responsibility. He contacted Aliyah activists who helped save the group from the Communists. They joined the Dror movement and moved to Wroclaw, later to Kudowa zdroj near the Polish-Czech border. Finally, they immigrated to Palestine in 1947, where Yitzhack went to Kibbutz Gesher. In 1948, when the war broke out, Yitzhack was drafted to the Haganah. He survived a shrapnel injurty to his head.