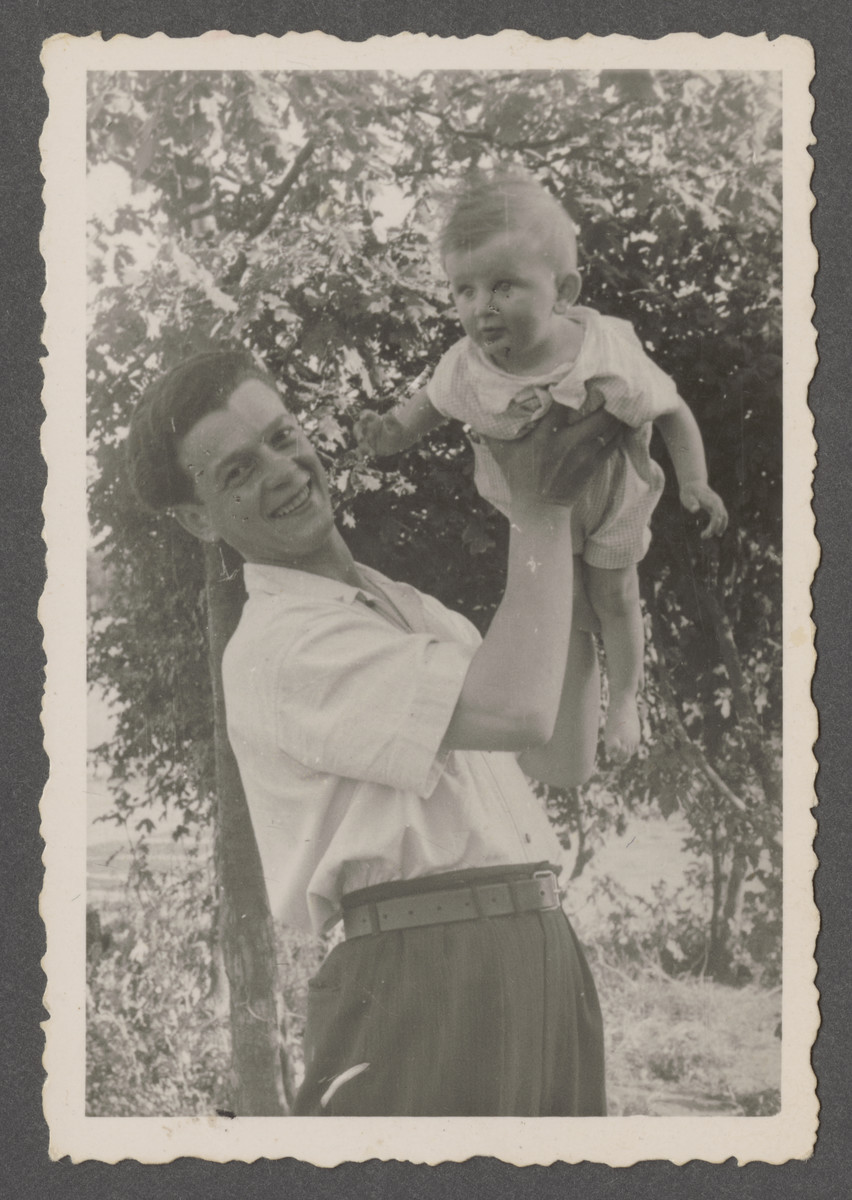 Biography
Lola Pinczuk Peres and Murray Pinczuk are the children of Joseph Pinczuk and Fania Szwarcman Pinczuk. Both of their parents survived the war in Europe. Joseph Pinczuk was the son of Jonah and Taibel Pinczuk. He was born in Lechowicz (Lyakhavichy), Poland on May 30, 1924. His mother died of TB before the war. Taibel’s brother had immigrated to Canada and sponsored the immigration of Joseph’s sister Fruma (later Frances Berger). (Frances, considered the family matriarch because of her strength of character and courage passed away at the age of 95.) Joseph also had two other siblings (Batia and Shimon). Following the start of World War II, Lyakhavichy fell under the Soviet zone of occupation. After Germany attacked the Soviet Union in the summer of 1941, Joseph fled to the Soviet Union by bicycle with a group of friends. He eventually came to the Caspian Sea and for five weeks worked on an island as a fisherman. From there he went south to Uzbekistan. Eventually he was called up for military service but since he wasn’t a Russian citizen, he instead was sent to a labor camp where he worked building railroad tracks among other tasks. After the war ended, Joseph decided to return to Poland hoping to make contact with his sister in Canada. By coincidence, he was on the same train as his future wife though they did not know each other then. After witnessing several postwar pogroms, Joseph decided to leave Poland. He continued on through Czechoslovakia to DP camp in Linz, Austria. His father, sister Batia and brother Shimon all were killed during the Holocaust.

Fania Szwarcman was the daughter of Joseph and Leah Szwarcman. She was born on May 28, 1924 in Aleksandria (Oleksandriya), outside of Rovno. She had four sisters and one brother: Rosa, Fraidel, Sophie, Sonia and Boris. Rosa and Fraidel both were married with children; remained at home following the German invasion of eastern Poland. Sophie had married Bennick Goldshein and had two children, Dov and Sammy. Joseph left with his four younger children, including Sophie's husband and children, and escaped to the Soviet Union. Bennick was killed right before the end of the war. As the war came to a close, the rest of the family made their way to the American Camp. There Sonia married Julius Yarchun., Fania, Sonia and Julius came to the Wegscheid (Camp Tyler) displaced persons camp in Linz, Austria. Sophie remarried to Hennik Trinczer and they immigrated to Palestine with her two sons. Boris remained in Poland. Fania met and married Joseph Pinczuk in Camp Tyler. Fania gave birth to a son Aaron Jonah and the family made plans to immigrate to Canada to join Joseph’s older sister in Montreal. However soon after, Jonah began to experience severe neurological problems which they later surmised to be Tay-Sachs. Canada would not allow them to immigrate with a severely ill child. Aron died at the age of two and afterwards the family left Austria. They later had two healthy children, Murray and Lola (later Peres). Fania’s brother Boris who remained in Poland was imprisoned by the Soviets. After his release, he and his wife Irene remained in Poland. Fania saw him again for the first time in 1970, over twenty years since they separated. It was after the Six Day War in 1967 in Israel that Poland allowed Jewish citizens to emigrate to Israel or the US if they chose. So Fania and her sister Sonia (who lived in Boston) petitioned for Boris to come to the US. That process took over 2 years and by 1970 Boris was able to come to the US with his wife Irena and his 2 children Lila and George.