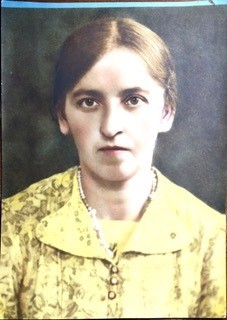 Biography
Tatjana Melnik (later Katrina Horniak) was born in Russia on January 13, 1907. She married Iwan Horniak, and they had a son, John Adolph. During WWII, Katrina was imprisoned in Ravensbrueck and given the prisoner number 56937. Later, she was transferred to Dresden, a subcamp of Flossenbuerg, where she died on November 23, 1944. During her imprisonment, Iwan and John were able to flee occupied Europe. They survived the war and immigrated to the United States.