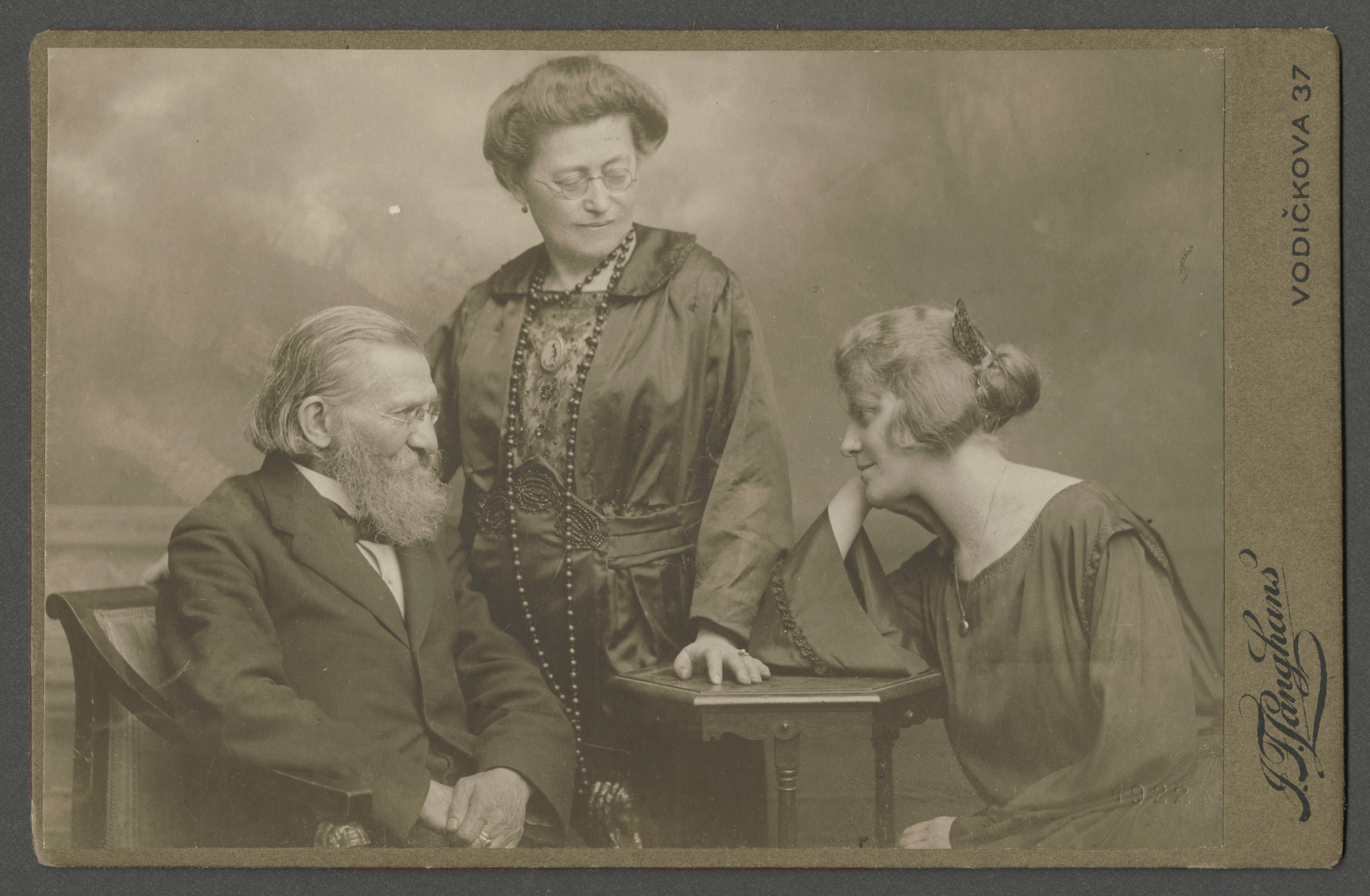 Pictured are parents Bernhard and Rosa Ohs, with their daughter Louise.