Basia Szrajer stands in a garden in the Neu Freimann displaced persons camp. 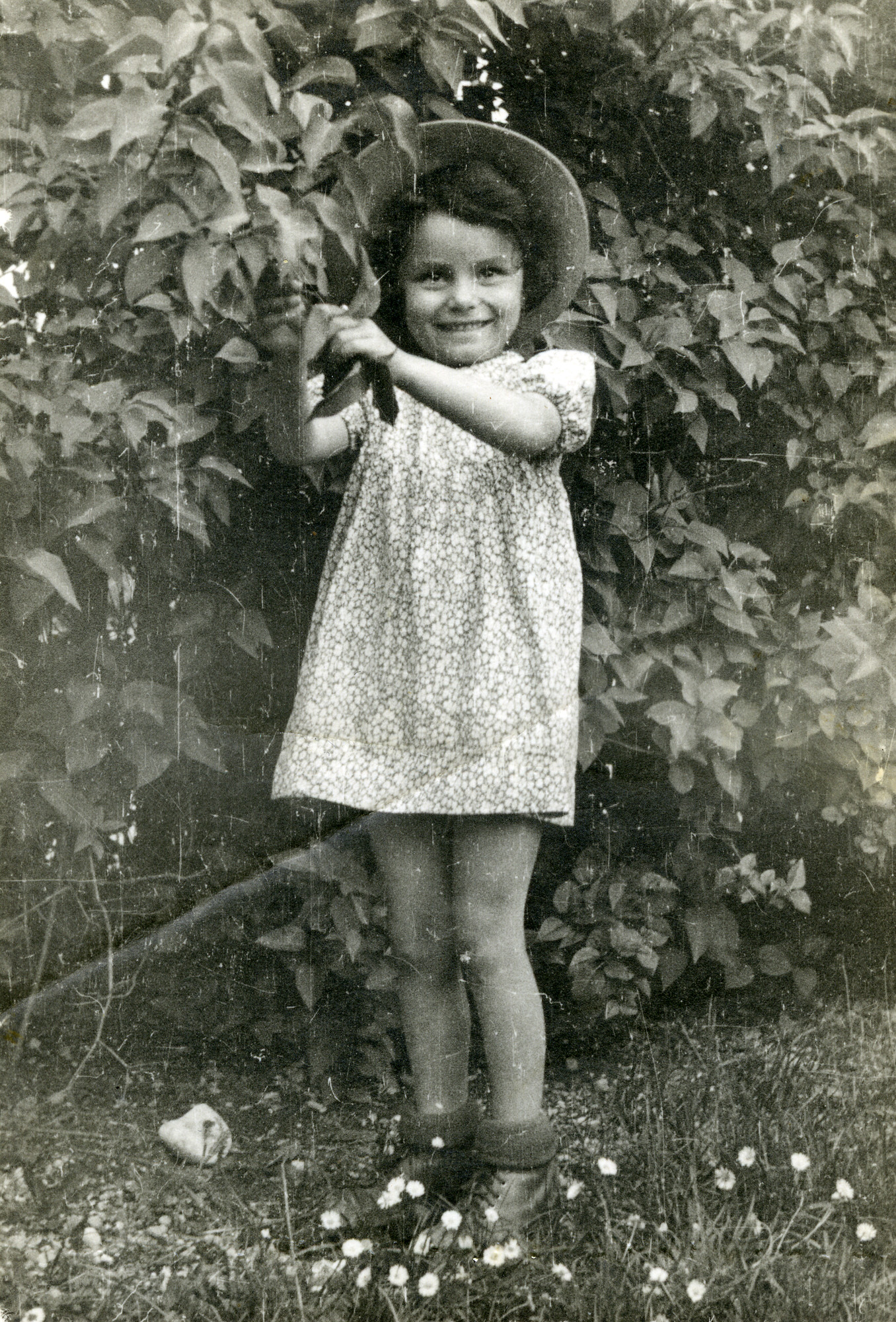 Basia Szrajer stands in a garden in the Neu Freimann displaced persons camp.

Biography
Basia Szrajer (Schreyer, later Beverly Mizrachi) was born February 10, 1941 in Radzivilov, Poland, to Reva (Riva) Goldschmidt Szrajer (ca. 1920- 1942) and Dimo Szrajer (ca. 1920-1942). Both Dimo and Reva were pharmacists. After the start of World War II, Radzivilov fell under the Soviet zone of occupation until the German invasion of the Soviet Union in June 1941. In 1942 Riva and Dimo were taken to the forest where they were killed by the Einsatzgruppen. Prior to her execution Riva had given one-year-old Basia to their Christian maid, who brought Basia to live with her and her husband in her small village.

At some point the Gestapo, suspecting that the maid might be hiding a Jewish child, came to her home to investigate. She pushed Basia under the tablecloth to hide her and, under Gestapo questioning, she and her husband denied that they were hiding a child. Incensed with their replies, the Gestapo proceeded to shoot the couple. They left the house without searching it and left the bodies lying on the floor. Basia, traumatized, spent the night hiding in nearby bushes. The following morning, the maid’s mother discovered the bodies, and Basia hiding in the bushes. She took Basia to live with her and her other children. Basia remained with her for several months to a year. Again the Gestapo became suspicious, and threatened the couple hiding Basia if they were harboring a Jewish child.

Friends of Basia’s parents who were partisans frequently checked up on her. One day the Gestapo came and arrested Basia, though she was wearing a cross. The maid’s mother had previously warned Basia that if she were to be arrested she should answer all their questions in the affirmative, so during her interrogation Basia answered "yes" to every question. The interrogating officer told her that she could have anything she desired if she told the truth. When Basia replied that all she wanted was to use the toilet, the SS guard slapped her across the face hard, causing her to hit the wall with such force that she eventually lost most of the sight in her left eye. Basia was subsequently released back to the maid’s mother. However, the partisans feared that the maid’s mother would crack under the pressure that the Gestapo were putting on her and her family., so they brought Basia to the woods with them. A short time later the Gestapo found their hideout in the woods, and arrested them all. They were all put on a train and sent a labor camp in Poland, where Basia remained until the end of the war. At the camp the women were sent right, and the men left, but Basia didn’t know where she was supposed to go. A Nazi officer noticed her and told her he wanted her to clean his boots and the toilet. This gave her a job, which saved her life. Basia slept in the woman’s barracks and was brought to the officers’ quarters every morning, where she cleaned his boots and toilet, until she was returned at night. Basia remained in the camp for approximately one year, until the war ended.

After the war's end, one of the women in the barracks wanted to return to Berlin, and decided to take Basia with her. They arrived on foot and at night in Berlin, which had been split into two zones separated by barbed wire. The woman stood up near the fence and was seen in the moonlight by soldiers who were guarding it. She was shot and killed, leaving Basia alone to fend for herself.

In early 1947 Basia came to the United States to live with distant cousins in Philadelphia, who soon after adopted her. They may have found Basia’s name on a list of orphans looking for homes in the U.S. by the United States Refugee Committee. Basia then changed her name to Beverly. When Beverly was sixteen, she went to Israel for the summer, where she met her mother’s brother Mordechai Goldschmidt for the first time. He had survived the war in Siberia. At the age of nineteen she made Aliya to Israel, where she attended Hebrew University to study social work. Beverly attained a PHD in the field, and taught it for many years. She has two daughters, and four grandchildren. She died in February 2022.