Bedding and furniture piled up on a residential street in the Kovno ghetto. 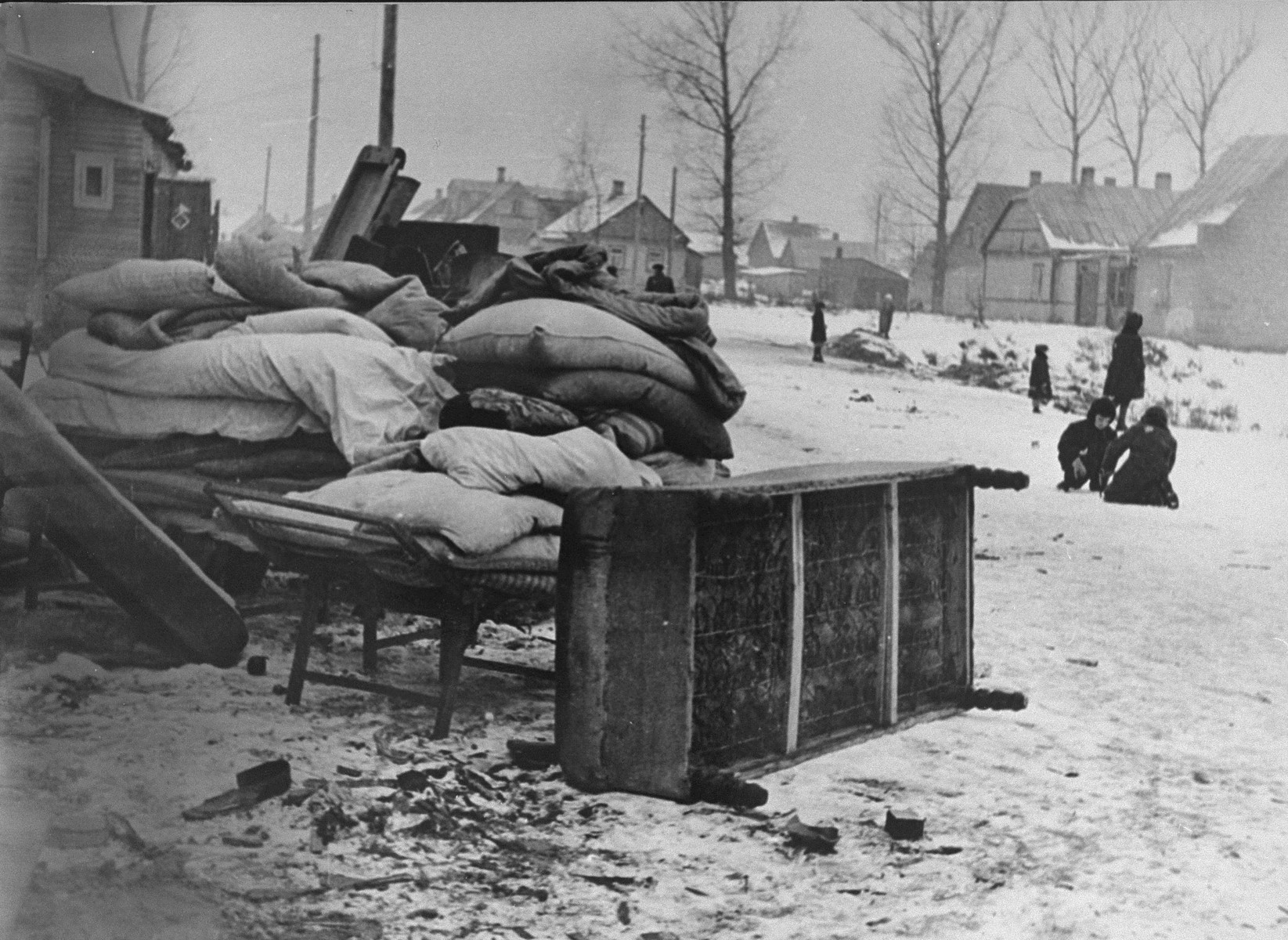 Bedding and furniture piled up on a residential street in the Kovno ghetto.

Event History
On July 10, 1941 German and Lithuanian authorities ordered the surviving 29,761Jews of Kovno to move into a ghetto by August 15. The ghetto was created in the suburb of Vilijampole, known to Jews as Slobodka, an impoverished area lacking modern plumbing and sanitation facilities. Prior to the formation of the ghetto, both Lithuanians and Jews had lived in this neighborhood. Anxious to find housing and protection from the indiscriminate violence in the city, most Jews moved to the Kovno ghetto in advance of the August 15 deadline. Previously, no more than 12,000 people lived in this neighborhood. Each person moving into the ghetto was allocated less than ten square feet of living space, and two or even three families shared a single apartment. Between August 1941 and September 1943, when the ghetto was converted into a concentration camp, the Jews were forced to relocate several more times as the Nazis kept reducing the borders of the ghetto. The first of the four reductions came almost immediately after the closure of the ghetto on August 17, 1941. The others occurred on October 4, 1941, following the "Small Ghetto Action," on May 1, 1942 and on October 5, 1942. During the initial move into the ghetto Jews were forbidden to use motor vehicles, so they transported their belongings by horse-drawn wagon or simply carried them. An order issued by the mayor of the city limited the amount of household goods and personal effects each person could take with them into the ghetto. However, their new lodgings often could not accommodate even the few belongings they managed to transfer, and excess furniture and household items had to be left outside.
See https://www.ushmm.org/wlc/en/article.php?ModuleId=10005174.
See Also "Kauen Main Camp" in Encyclopedia of Camps and Ghettos Volume 1 Part A.