Wolf and Jusith Polak relax in a beach shelter in Zandvoort. 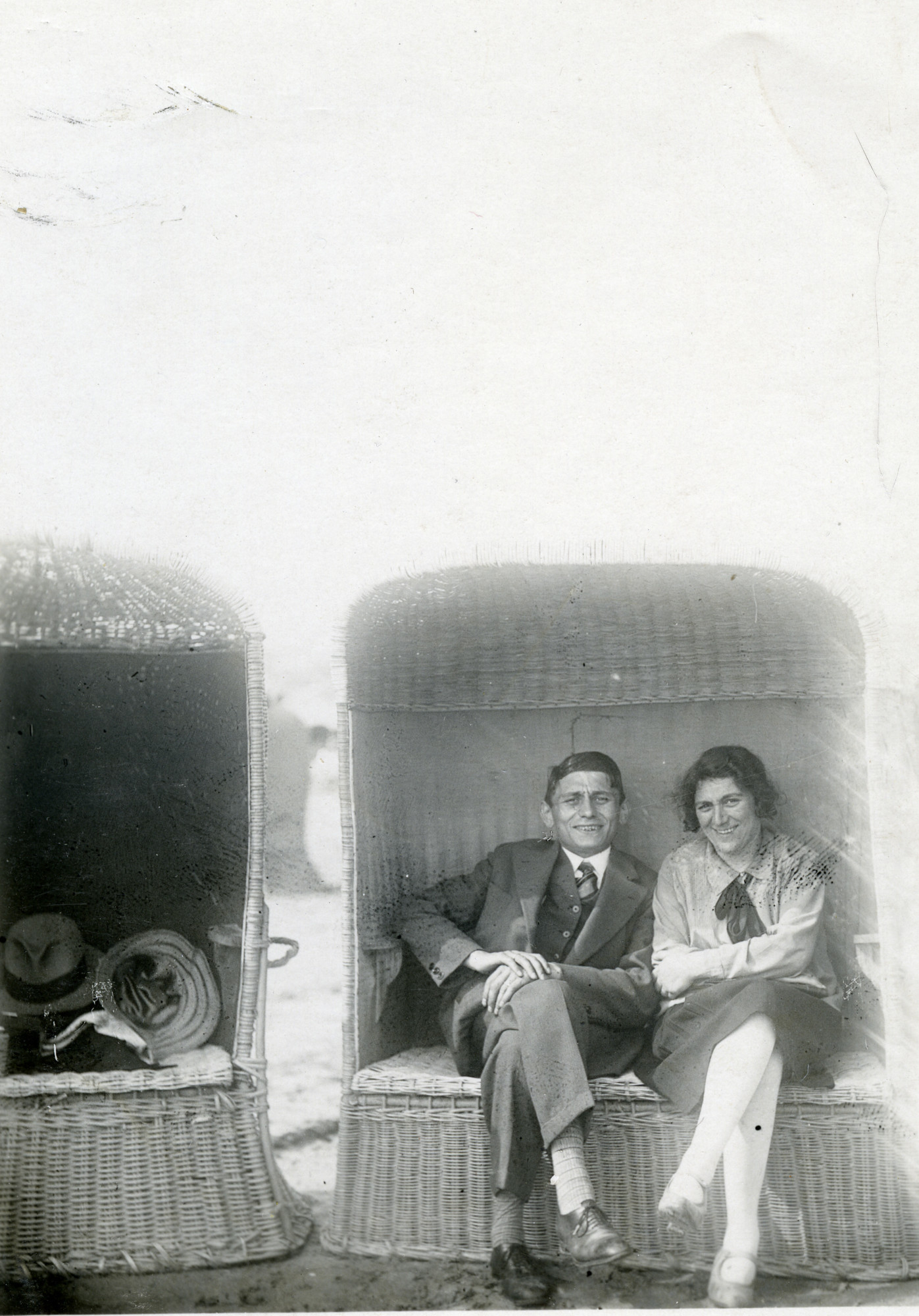 Wolf and Jusith Polak relax in a beach shelter in Zandvoort.

Biography
Louis Levie Wolf Polak was born on April 26, 1938 in Amsterdam to Wolf Polak (b. 1905) and Judith (nee De Jong, b. April 15, 1900). Wolf and Judith were married on March 11, 1934, in Amsterdam. Louis had a sister, Femmetje (b. March 4, 1936), who died in childhood. Wolf worked as a scrap metal trader for the Rijsdijk firm, a Jewish-owned company which purchased old ships for scrap. Judith worked in a sewing workshop and assisted her parents in Hoorn (a section of Amsterdam).

In May, 1940, Nazi Germany occupied the Netherlands and began deportations of Jews in 1942. In 1942, the Polak family was twice ordered to the deportation assembly point, located in the Schouwberg Theater, but they were able to avoid deportation. Shortly thereafter, Wolf began to look places for his family to go into hiding. Judith went to Amesfort, where she stayed with the Huisslage family throughout the war. Louis was hidden for a time in Zandaam, but was moved frequently. He stayed for a short time with Andries and Wietske Selier, and then for two and half years with the Veenstra family, both of whom were later recognized as Righteous Among the Nations by Yad Vashem. Though he managed to hide his family, Wolf was not able to find a hiding place for himself in time. He was transported to the Vught transit camp on February 24, 1943, then deported to Sobibor, where he was killed on May 21, 1943.

After the war, Judith reunited with her son Louis, and they returned to Amsterdam. Louis became an insurance broker and married Carry de Beer, who worked at Max Factor. They had three children and ten grandchildren.