Jewish siblings go sledding in the streets of Kalisz, Poland. 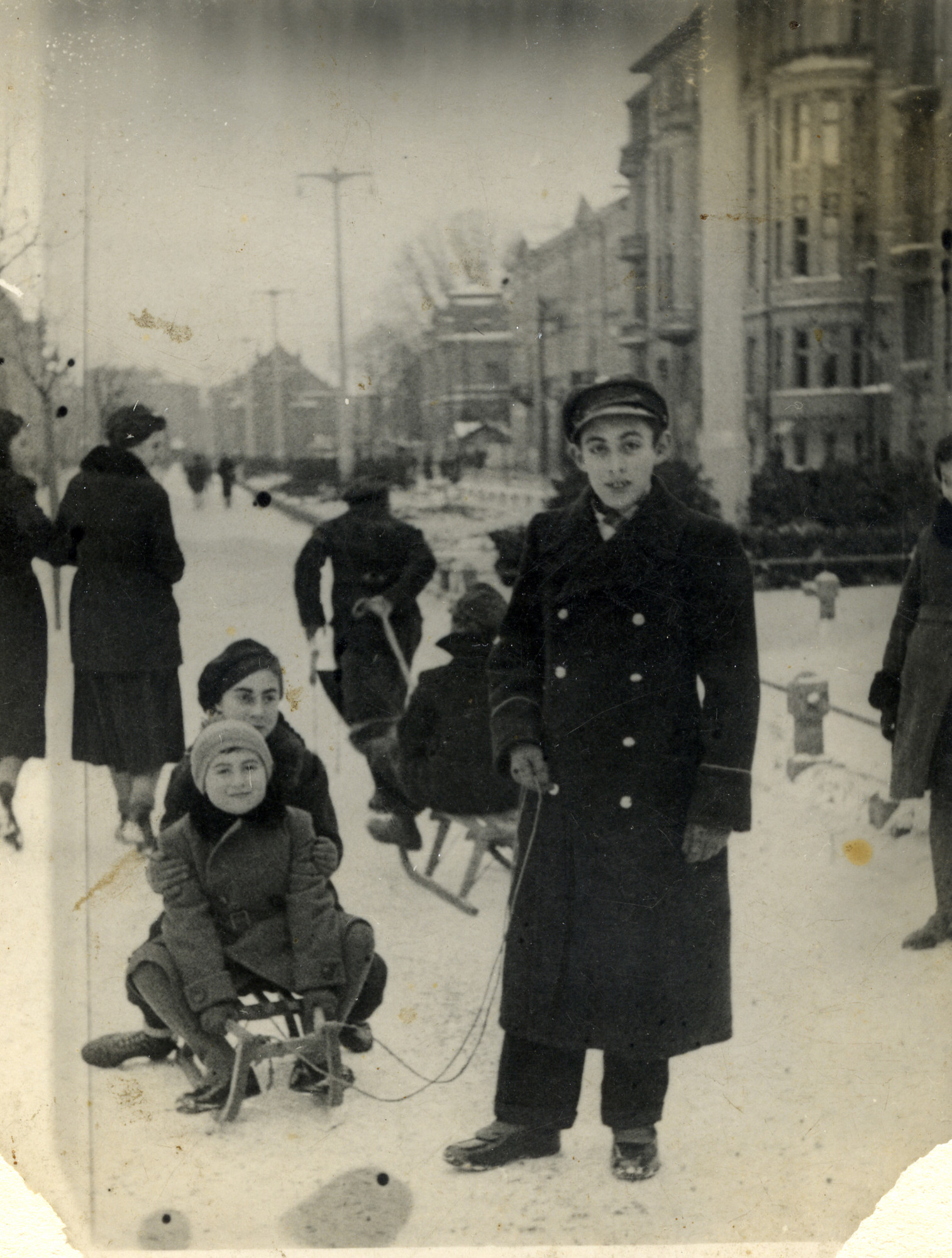 Jewish siblings go sledding in the streets of Kalisz, Poland.

Pictured in front are Ester and Michael Gluba (seated on the sled), with Szamszon Gluba (standing, pulling the sled).

After the war began, the immediate family escaped to Russia, leaving behind a large extended family. Among these family members was Ester’s cousin, Heniek (Chaim) Solnik (later Henryk Zielinski), who was an officer in the Polish army and a partisan. Henriek was instrumental in the survival of the Gluba family, as he sent them parcels of materials that could be sold on the black market in Russia.

At the beginning of 1940, Ester attended high school and her brother, Michael, went to primary school. After she reached the age of eighteen, her schooling ended and she had to work. By 1942 or 1943, she was the sole supporter of her family. Her fagther, Hersz, and her brother, Szamszon, had been sent to work in Siberia, and in 1943 they died from the harsh conditions and treatment. Ester, her mother, and Michael were sent to Uzbekistan. There was little food, and they were forced to place Michael in an orphanage to ensure his survival.

In 1942, Michael was scheduled to leave for resettlement in Iran with a group of some 1000 Jewish children and Anders Army recruits, as authorized by the Soviet authorities. Instead, he left the orphanage to return to his mother and sister. They managed to survive until the end of the war by continuing to sell items received in parcels from their cousin, Heniek.

After the war, the three returned to Kalisz. They were reunited with Heniek, who provided them with a place to live and basic needs. Michael joined a kibbutz, and later immigrated to Israel. Ester met and married Yeshayahu Kawe in 1947 and their son, Henryk Zvi, was born in 1948. In 1950, they immigrated to Israel.