Portrait of Felix Gelehrter in Bucharest. 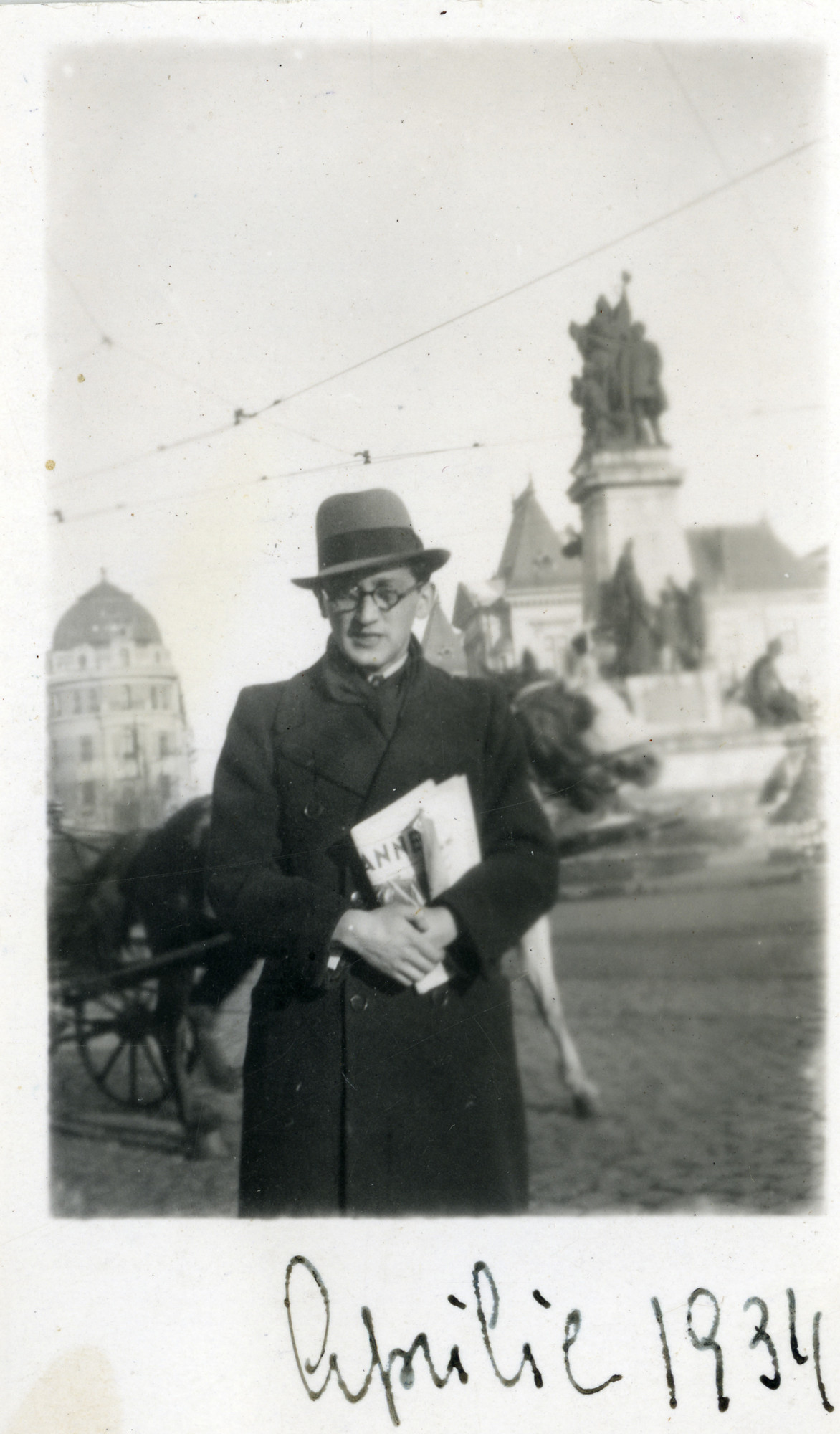 Portrait of Felix Gelehrter in Bucharest.

Biography
Lou Gelehrter was born on October 4, 1946 in Bucharest, Romania to Jewish parents Felix (b. 1908 in Iasi) and Charlotte "Sheindele" (nee Josef) Gelehrter (b. 1912 in Iasi). Felix and Charlotte were married on January 24, 1931 in Bucharest. Felix had one brother, Solomon "Moni" (1905-1979). Felix’s parents were Rahmil "Milo" and Helene Gelehrter. Charlotte had two brothers, Marcel and Neumann and three sisters, Mariette (her twin), Pepita, and Freida. Her parents were Fanny and Eliezer Josef, a well-known jeweler in Iasi.

Felix had studied accounting in Liege, Belgium in the 1920s, and returned to Bucharest to work as an accountant. He also established a book society there, as well as a publishing house under the name "Forum," which was in business until the 1950s. Charlotte began medical studies, but was not able to complete them due to the imposition of antisemitic laws. She obtained a degree in law in Bucharest, but never practiced.

During WWII, Felix and Charlotte were able to stay in their apartment, though there was danger from the Iron Guard in the streets. Felix’s brother Moni began a career in in the Jewish theater, and after the war became a well-known scene director in Romania.

Lou’s great uncle was Litman "Leon" Gelehrter (1873-1945). He studied at the faculty of medicine at Iasi, and was an ardent socialist. In 1895 he became a member of the Jewish socialist circle "Lumina." In 1926 he founded the hospital Lubirea De Oameni to serve all residents of Iasi, regardless of nationality. He wrote for cultural publications, including the Jewish Review "Adam." In 1944 he set up a medical and social institution (Intrajutorarea).