Adela Alterman and her daughter, Leah pose in Ostrowiec prior to going into hiding 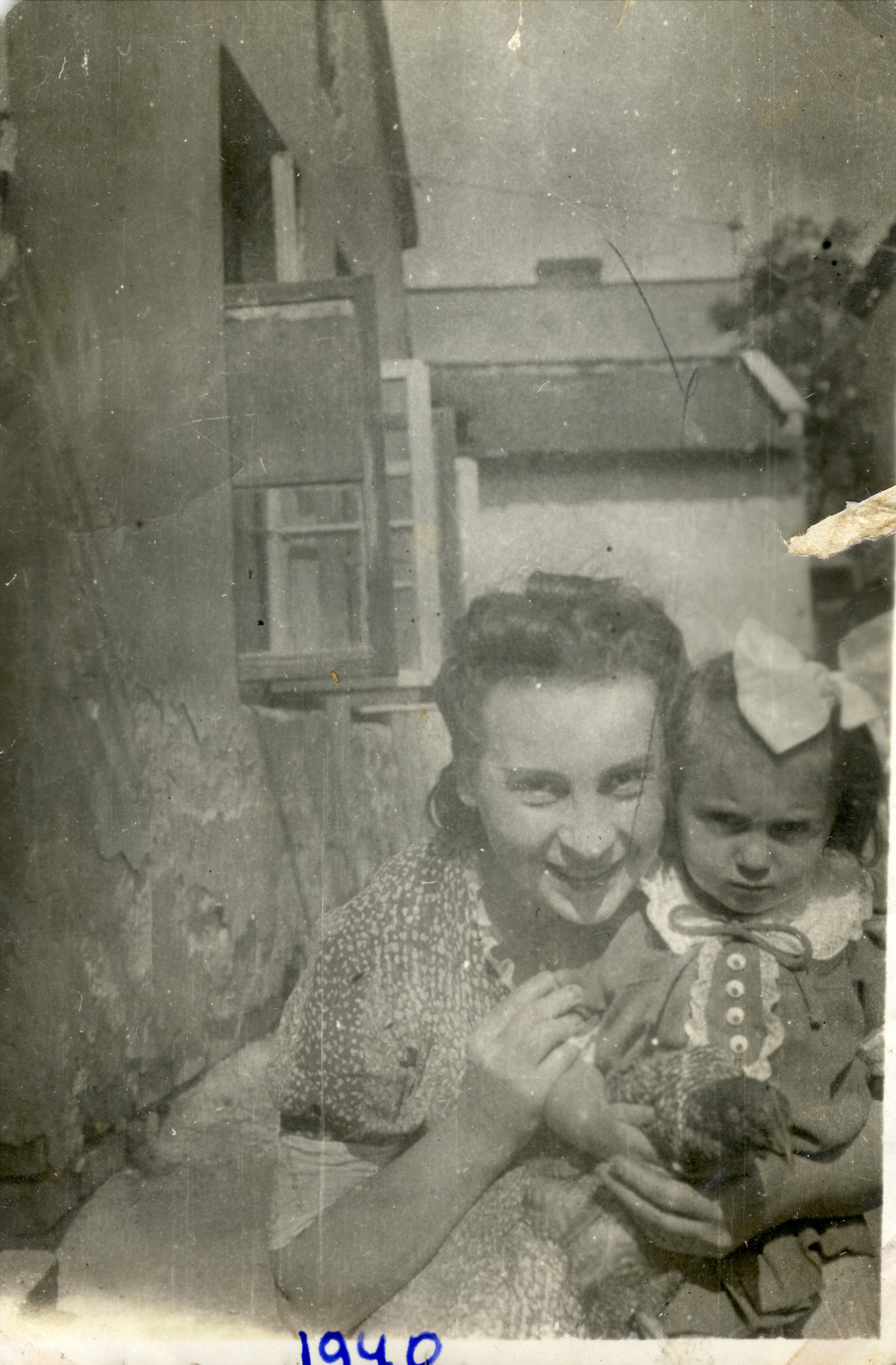 Adela Alterman and her daughter, Leah pose in Ostrowiec prior to going into hiding

Biography
Leah Alterman (later Balint) was born on June 23, 1938 in Ostrowiec, Poland to Jewish parents Moshe Alterman (b. 1902, Ostrowiec) and Adela Zajdenberg (b. 1910, Radom). They married in 1937. Moshe had three brothers and one sister, who immigrated to Brazil before the war. Adela had six sisters and two brothers; one brother and one sister immigrated to Palestine before the war. The Alterman family owned a furniture factory in Ostrowiec, which produced mainly for export. After the German invasion of Poland, their factory was "Aryanized" and operations taken over by a friend of Moshe's, named Gluchowski. In 1941, the Altermans were forced into the Ostrowiec ghetto, and Moshe was ordered to participate in the Judenrat. He refused, and was sent to forced labor in Bodszechov, and later Auschwitz. Leah and her mother remained in the ghetto until it could be arranged for Gluchowski to smuggle them out, in exchange for a large fee. They were taken to Warsaw, where Adela went into hiding with a family. Leah was placed in a Franciscan monastery in Brwinow (near Warsaw) in 1942 or 1943, where she remained until the end of the war.
At some point, Gluchowski revealed Adela’s hiding place, and she was killed. Her siblings who had remained in Poland all perished as well. Moshe survived Auschwitz and a death march. He returned to Ostrowiec to find his family, but received no assistance from Gluchowksi; instead his former friend threatened him with an axe. Moshe’s niece, Zisla Alterman, located Leah in the monastery living under the name Alina Herla. She removed her from the monastery and placed her in a Communist orphanage in Warsaw. Moshe, heartbroken at the loss of his wife and all his siblings, remained in Ostrowiec and was able to visit Leah only occasionally.
In 1950 Moshe and Leah immigrated to Israel on the ship Galila. She lived with an aunt in Haifa, and attended Reali High School. She later attended teacher’s seminary for two years, joined the army, and then studied literature and history at Hebrew University. She married Yohanin Balint, a survivor from Yugoslavia. They had two sons, a daughter, and six grandchildren. In the last twenty years, Leah has devoted her time to helping survivors whose identity was previously unknown to reconstruct their family histories.