Portrait of Georg Spiro in the German army in WWI. 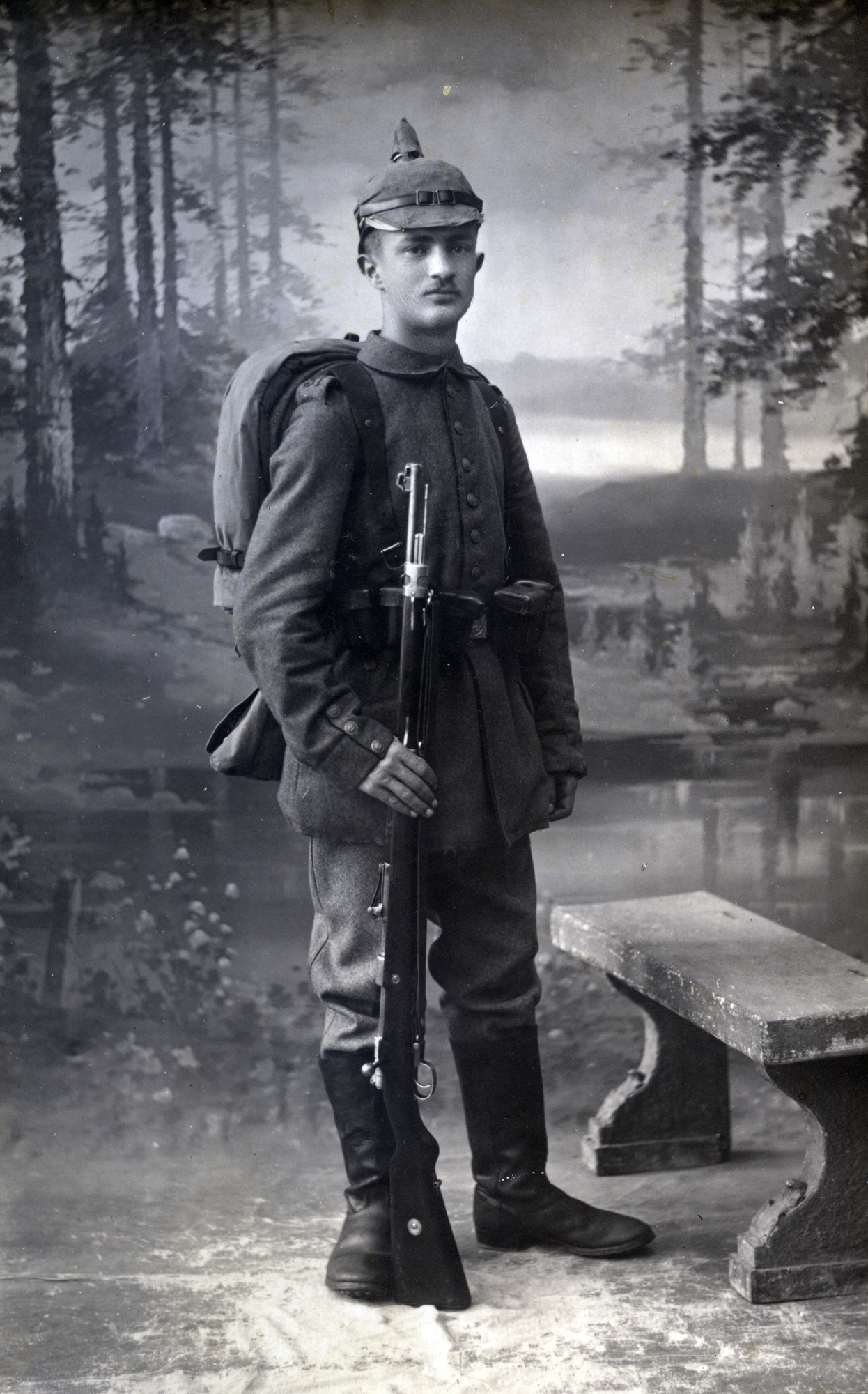 Portrait of Georg Spiro in the German army in WWI.

Biography
]Shoshana Loeb was born on October 19, 1935 in Zwickau, Germany to parents Georg Spiro (b. March 14, 1896) and Esbeth (nee Landauer) Spiro (b. March 5, 1911 in Augsburg, Germany). Her mother, Esbeth, was the daughter of Paul and Hedwig Landauer, and had three sisters, Herta, Dora, and Miriam. Her father, Georg, had twin sisters. Georg’s mother, Lea Schocken Spiro, had several siblings, including brothers, Salman and Simon Schocken, who became prominent businessmen and established the chain of Kaufman Schocken stores throughout Germany. Georg worked at the Schocken department store in Augburg, and it was there that he met his future wife Esbeth. They married around 1931, and their first son, Shimon, was born in 1933. The family moved to Zwickau after Georg became the manager of a new store there. He was a Zionist, and had visited Palestine in 1928 in the hopes of immigrating, but returned to Germany.

By 1937, with the rise of Hitler and the Nazi party, Georg and his family realized that they needed to leave Germany. They were able to ship their furniture and other household goods to Palestine, but then had to wait six months in Amsterdam for certificates to immigrate. Georg was also able to secure certificates for his parents as well, but they were not ready to leave at that time. In 1939, Esbeth’s father was arrested in Augsburg and imprisoned for a short period. Augsburg’s mayor, who was also a family friend, managed to get him released. Paul and Hedwig were able to use the certificates previously secured in order to immigrate to Palestine as well. Georg, Esbeth, and Shoshana settled in Ramat Gan, where Georg worked in the family publishing enterprise. Shoshana studied physical therapy at Assaf Harofe (University of Tel Aviv), worked in Hadassah hospital, and later became head of the department at Shaarei Zedek. She met and married Ehud Loeb, a Holocaust survivor who immigrated to Israel in 1959. At Hebrew University, he obtained a PhD in Art History, and became the registrar for the Israel Museum from 1965 to his retirement. The couple had four children, nine granddaughters, and one grandson. Ehud died in 2017.

Salman Z. Schocken was born on October 30, 1877 in Margonin, then part of the Prussian province of Posen. He was the son of a shopkeeper. In 1901, he moved to Zwickau, Germany to help manage a department store operated by his brother, Simon. In 1910, he married Zerlina (Lilli) Ehrmann, who was from Frankfurt. They had five children, Gershon (Gustav), Gideon, Theodore, Eva, and Micha. In 1915, he co-founded the Zionist journal, "Der Jude," with Martin Buber.

Salman and Simon went on to expand the department store business, and eventually established a chain of Kaufhaus Schocken stores throughout Germany. Salman commissioned the German Jewish architect Erich Mendelsohn to design the stores in a modernist style, and opened these new stores in Nuremberg in 1926, Stuttgart in 1928, and Chemnitz in 1930. By 1930, the chain had twenty stores and was one of the largest conglomerates in Europe. After Simon’s death in an automobile accident in 1929, Salmon became the sole owner.

In 1931, Salmon founded the publishing company Schocken Verlag, which printed books by German Jewish writers such as Franz Kafka and Walter Benjamin. In 1933, the Nazi government stripped him of his German citizenship and forced him to sell his enterprises to Merkur AG. The following year, he left Germany for Palestine. In Jerusalem, he built the Schocken Library and villa, also designed by Mendelsohn. He was a board member of Hebrew University, and in 1935 purchased the newspaper Haaretz. His eldest son Gershon became editor in chief in 1939, and remained in that position until his death in 1990. In 1940, Salman left Palestine with most of his family to settle in the United States. There, he founded the Schocken Publishing House in New York, which today is an imprint of the Knophf Doubleday Publishing group of Randomhouse. Many years later, he was able to receive some reparations for his confiscated property, and in 2014 a court in Berlin awarded 50 million euros to his heirs in Israel, for the Nazi seizure of Schocken AG. Salman Schocken died on August 6, 1959 in Pontresina, Switzerland.