Lithuanian Jewish siblings seated together, overlooking a river in Kovno. 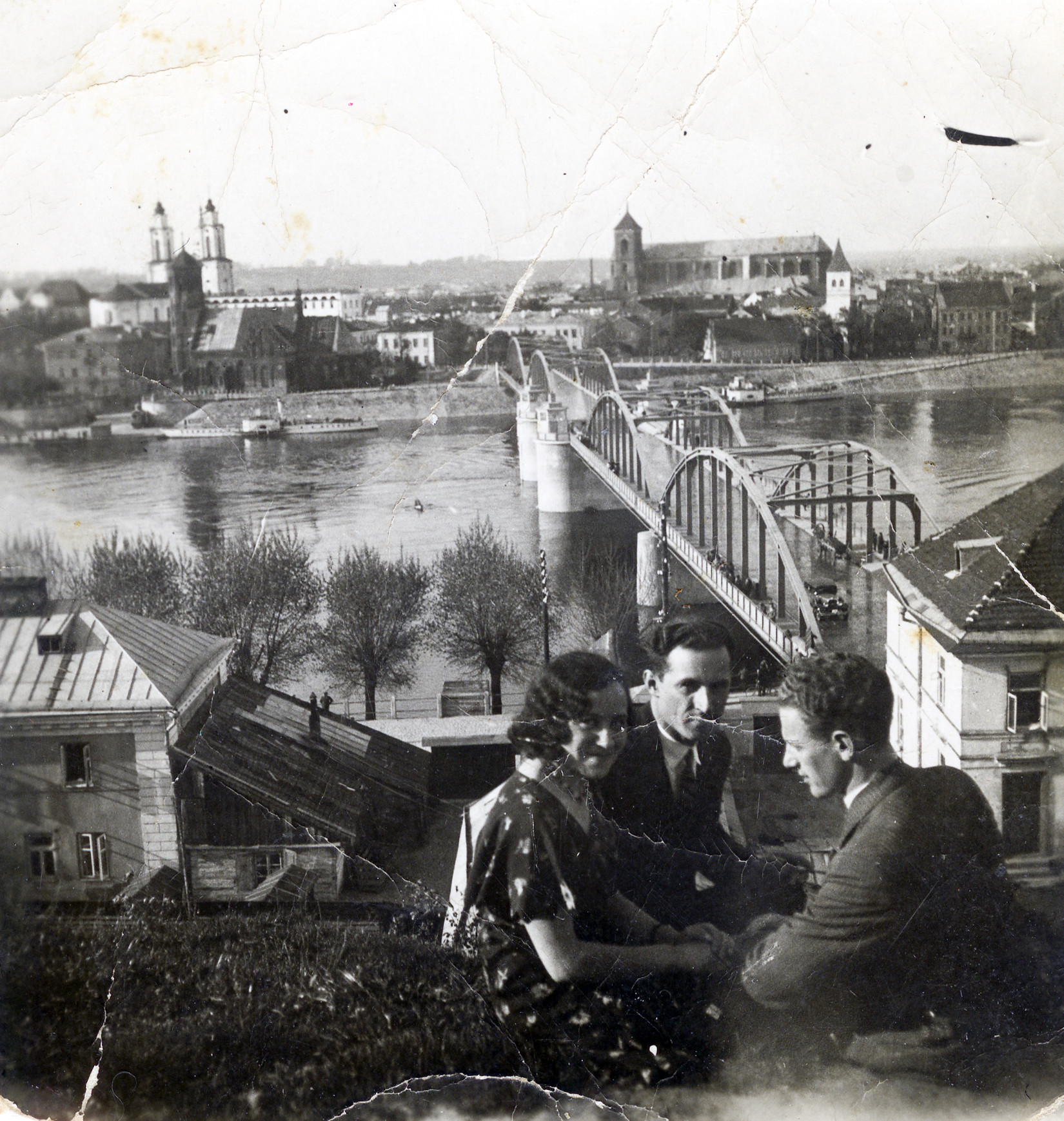 Lithuanian Jewish siblings seated together, overlooking a river in Kovno.

Pictured are Genia Kopelanski and her two brothers, Yaakov and Leib.

Biography
Genia Kopelanski was born in 1911 in a village near Kovno, Lithuania [Palonai?]. She had a sister named Basia and two brothers, Yaakov and Leib. Genia left her small village in 1927 and made her way to Kovno, where she managed to live on her own for several years. In 1938, Genia married Efrayim Riebman, and their son Nachum (Noni) was born on April 20, 1940. Her sister Basia married Feivel Freiman on November 5, 1937, and they had a daughter Ilinka. Their brother Leib was a soldier in the Lithuanian army, in the "Yiddische Soldaten" from the 9th Battalion.

After the start of WWII, Lithuania was placed under the Soviet sphere of influence, and by the summer of 1940 was occupied by the Soviet forces. In June 1941, Germany invaded Lithuania, and Soviet forces fled. The invasion was quickly followed by a pogrom that took the lives of several thousand Jews in the Kovno area, and in early July German Einsatzgruppen units began systematic mass shootings. Those who survived the initial pogroms and massacres were forced into a ghetto, including Genia and her family. In March 1944, the Germans conducted an action which targeted children and the elderly in the ghetto. Genia’s son young son Nachum was killed.

In July 1944, the ghetto was liquidated, and the women were sent to Stutthof. Yaakov Michles, another resident of the ghetto whose wife had been deported, left his daughter Chasia with Genia. Yaakov himself was deported to Dachau, and he hoped that Chasia would be safer with Genia in Stutthof. Genia was, in fact, able to protect Chasia throughout their time in the camp, and through a death march at the end of the war as well. After liberation, Genia located Yaakov and he was reunited with his daughter. Genia’s family all perished in the Holocaust.

Genia and Yaakov later married and had a son Moshe, born on May 31, 1947. They moved to Vilna, where Yaakov worked as an electrician in a printing plant. The family remained in Vilna until their immigration to Israel in 1958.