Portrait of three survivors shortly after their liberation from the Dachau concentration camp. 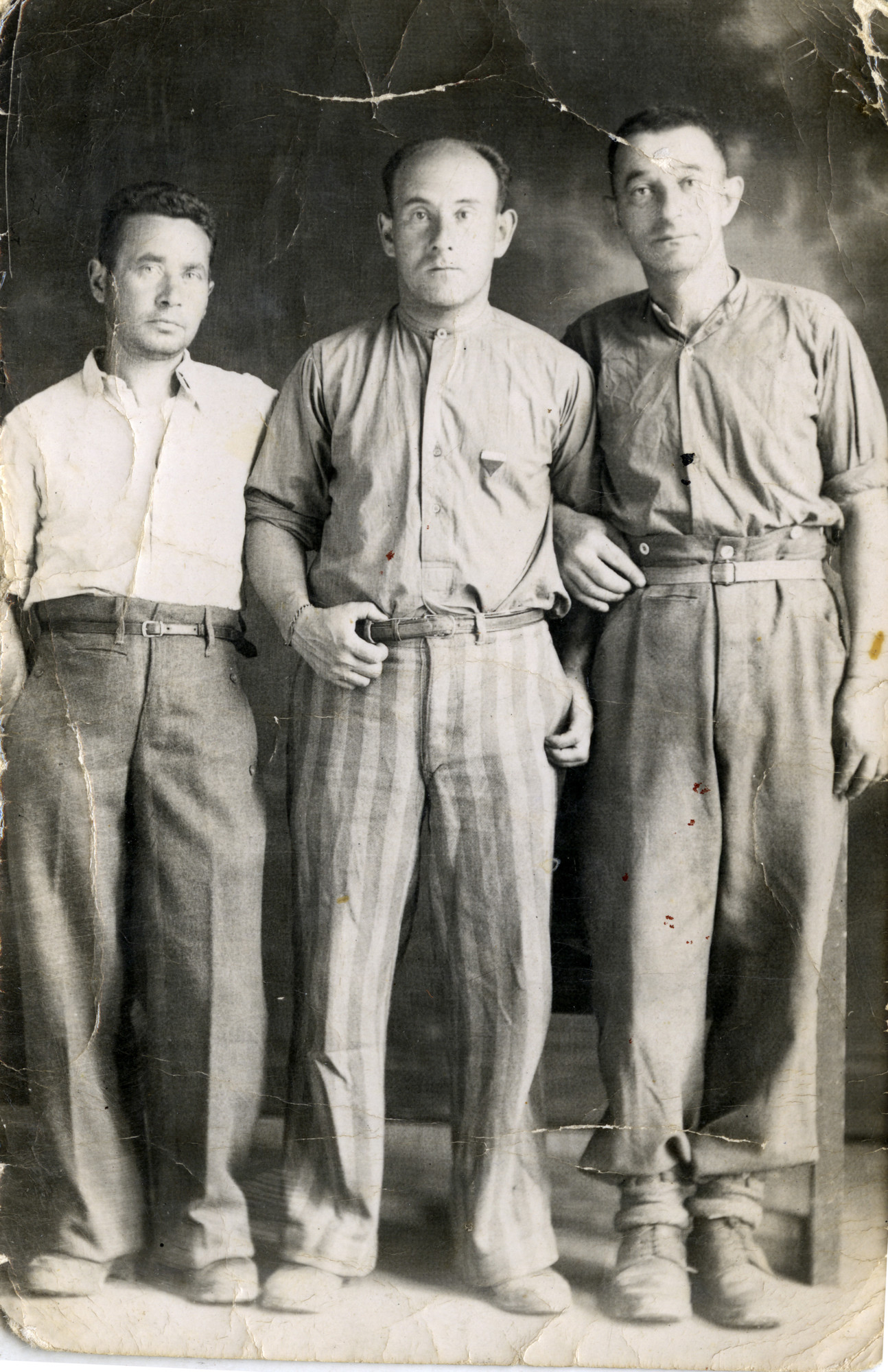 Portrait of three survivors shortly after their liberation from the Dachau concentration camp.

Among those pictured is Yaakov Michles (right).

After the start of WWII, Lithuania was placed under the Soviet sphere of influence, and by the summer of 1940 was occupied by the Soviet forces. In June 1941, Germany invaded Lithuania, and Soviet forces fled. The invasion was quickly followed by a pogrom that took the lives of several thousand Jews in the Kovno area, and in early July German Einsatzgruppen units began systematic mass shootings. Those who survived the initial pogroms and massacres were forced into a ghetto, including and Yaakov and his family. The ghetto was sealed in August, and residents of the ghetto were forced to provide labor for the occupiers. Even Yaakovs’s young daughter Chasia did sewing work in the ghetto, though she was at the time only nine years old.

In March 1944, the Germans conducted an action which targeted children and the elderly in the ghetto, and Yaakov’s grandfather, Yitzhack Leib Michels, was killed. During a children’s transport, Yaakov’s wife Rosa went to look for their daughter Chasia, climbed into a truck to check for her, and was never seen again. Chasia is thought to have been with Yaakov, and was not deported.

In July 1944, the ghetto was liquidated, and Yaakov was sent to Dachau. Before leaving, he left his daughter Chasia with Genia (nee Kopelman) Riebman, another resident of the ghetto. The women in the gheto were to be sent to Stutthoff, and he hoped that Chasia would be safer there than in Dachau with him. Genia was in fact able to protect Chasia throughout their time in the camp, and through a death march at the end of the war, as well. After liberation, Genia located Yaakov and he was reunited with his daughter. Yaakov’s sisters Rachelle, Hena, and Berta all perished in the Holocaust. His brother Natan escaped to Russian and survived.

Yaakov and Genia later married and had a son Moshe, born on May 31, 1947. They moved to Vilna, where Yaakov worked as an electrician in a printing plant. The family remained in Vilna until their immigration to Israel in 1958.