Jewish immigrants leave for Palestine on board the Polonia. 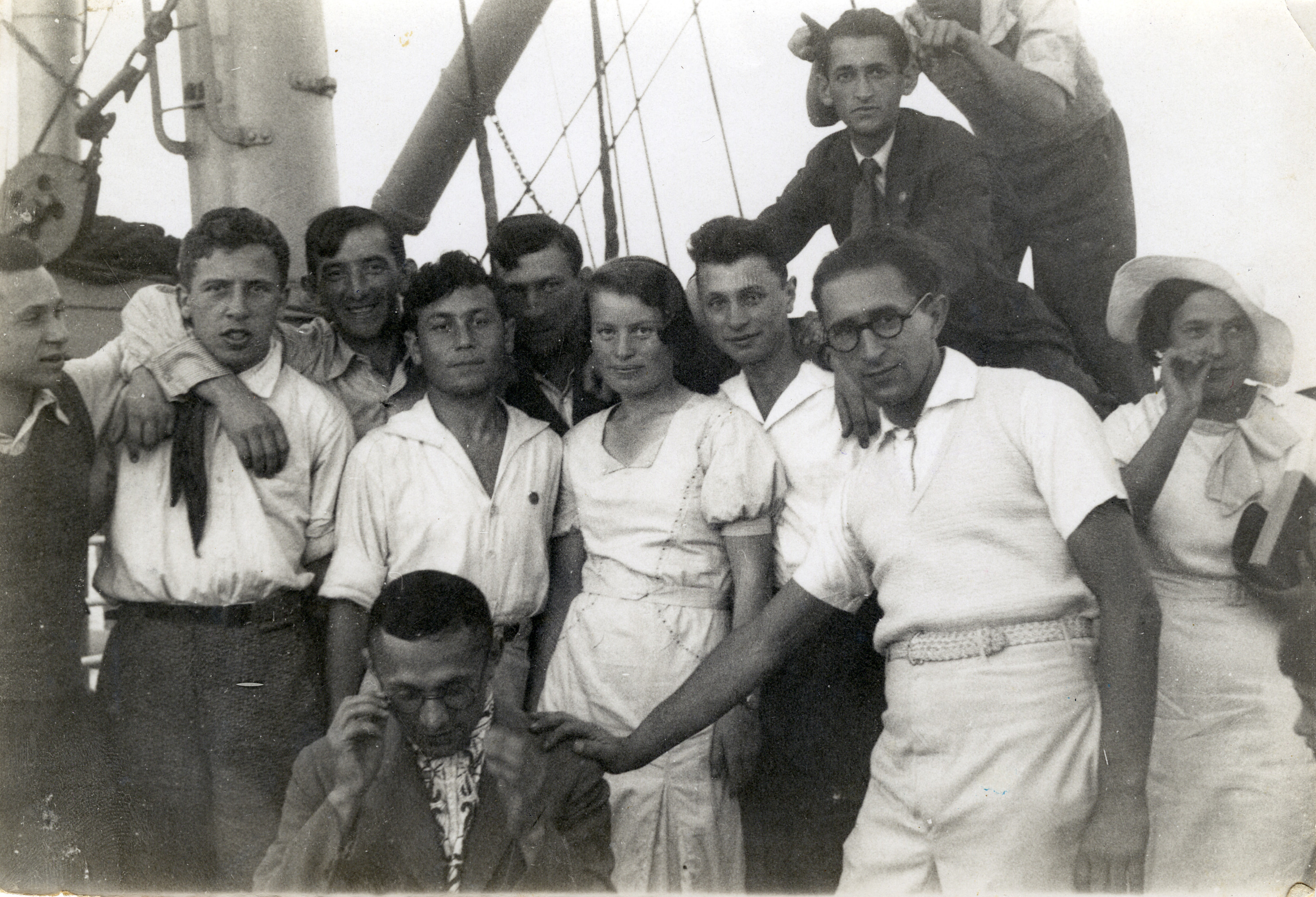 Jewish immigrants leave for Palestine on board the Polonia.

Among those pictured is Israel Virshup (second row, second from the left).

Biography
Zenia ("Sheyna") Muller was born on May 8, 1916 in Lida, Lithuania to Jewish parents David and Hedwig (nee Aidlitz) Muller. She had a brother, Shmuel Yaakov (b. 1926 in Vilna) and a sister Batya, who died at a young age following an operation on her tonsils. Her father, David, was a professional photographer.

Sheyna was active in the Noar Hazioni Zionist youth group, and it was through her involvement that in 1932 she met Israel Virshup, a leader in the group. Israel was born in 1914 in Vilna, and was the son of Ahron Yitzhak Virshup. He had a brother, Nachum, who was also active in the group. Both brothers attended the Tarbut schools and graduated from a Polish high school. In 1933, Israel immigrated to Palestine. Most of Israel and Sheyna’s courtship took place through the letters, until 1938 when she also immigrated to Palestine and they married. Their daughter Hadassah was born May 19, 1945 in Jerusalem.

In September 1939, the Soviet Union invaded Poland, and Sheyna’s hometown of Lida became part of Belarus. Her father was hired as a photographer for the Red Army, which provided a good income for some time. When the Germans invaded Lida in 1942, David was shot, along with Sheyna’s fourteen-year-old brother, Shmuel. Her mother, Hedwig, was shot on May 8, 1942 in the massacre of Lida. Most of the Virsuhp family were shot in Ponary massacre in the summer of 1941.