A group of Jews return to the ghetto after a day of forced labor on the outside. They line-up to be searched by German and Lithuanian guards. 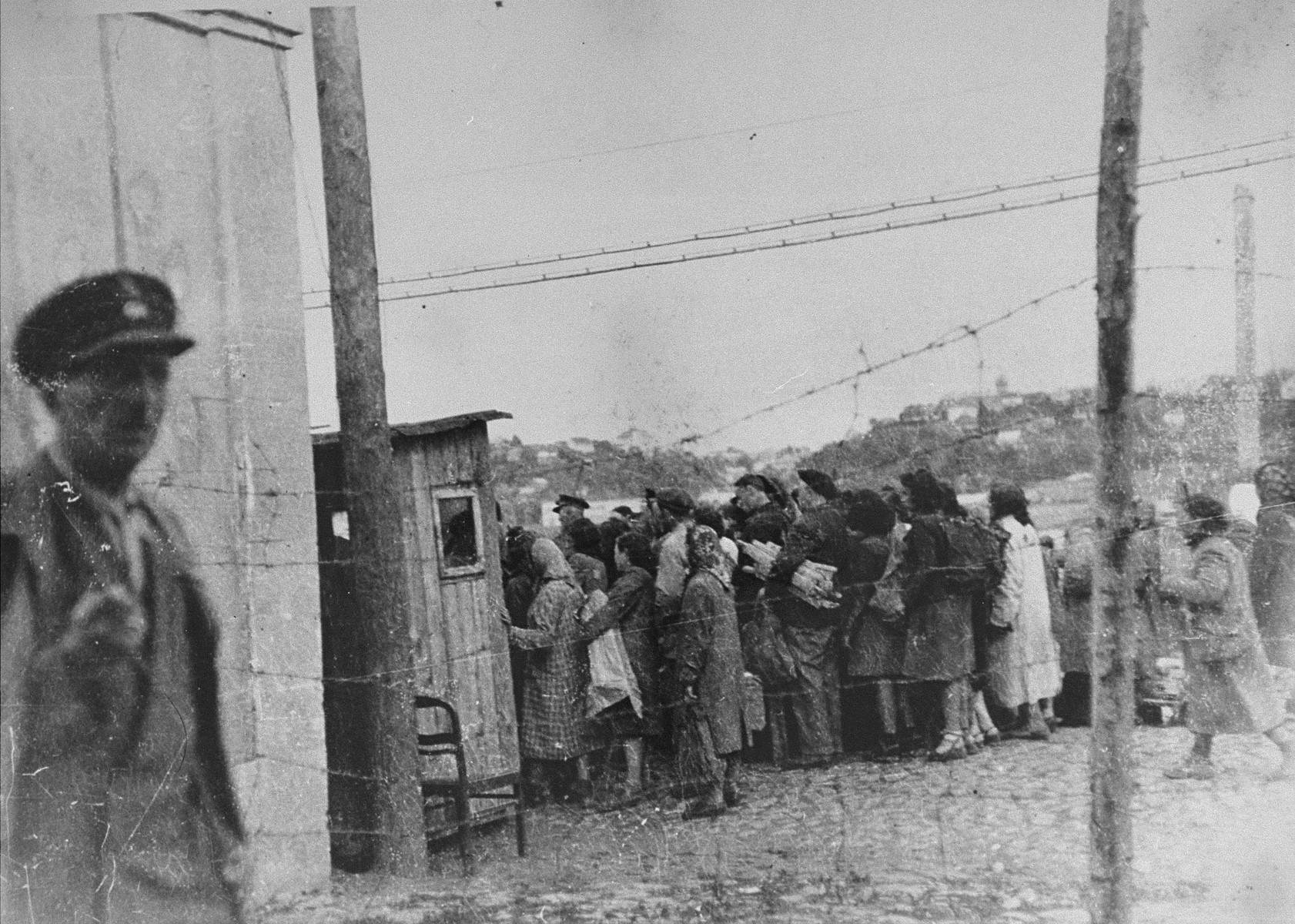 A group of Jews return to the ghetto after a day of forced labor on the outside. They line-up to be searched by German and Lithuanian guards.

Event History
In Kovno, as in other ghettos, slave labor was the justification for the ghetto's continued existence. Initially all male Jews between the ages of 17 and 60 and women between the ages of 17 and 47 were forced to work. Later these age limits were broadened. Shifts frequently lasted twelve hours and usually consisted of heavy, menial labor. Most Jews worked in labor brigades outside the borders of the ghetto. Other Jews found work within the ghetto in workshops for the manufacture and repair of products. Work shirking, though never eliminated, was punishable by prison sentence. Some paid underage workers known as "malachim" or angels to work in their stead. Every day thousands of Jews assembled at the ghetto's main gate, from which they were marched to a variety of worksites throughout the city. These included warehouses, depots, factories, meat-packing plants, farms, and military field hospitals and procurement offices. However, the largest brigade was sent to construct a military airport in the suburb of Aleksotas. Initially, one quarter of the ghetto and over half of the work force worked at the airfield, though this decreased with time. Workers walked to the airport in all types of weather without adequate clothing and footwear. There, they dug tunnels, hauled concrete, loaded and unloaded aircraft. The airfield brigade was not only the largest but also the least desirable work detail. A class system developed in the ghetto between those forced to work at the airfield and those who could find work elsewhere.
See https://www.ushmm.org/wlc/en/article.php?ModuleId=10005174.
See Also "Kauen Main Camp" in Encyclopedia of Camps and Ghettos Volume 1 Part A.