Three men behind a barred window in the ghetto jail. 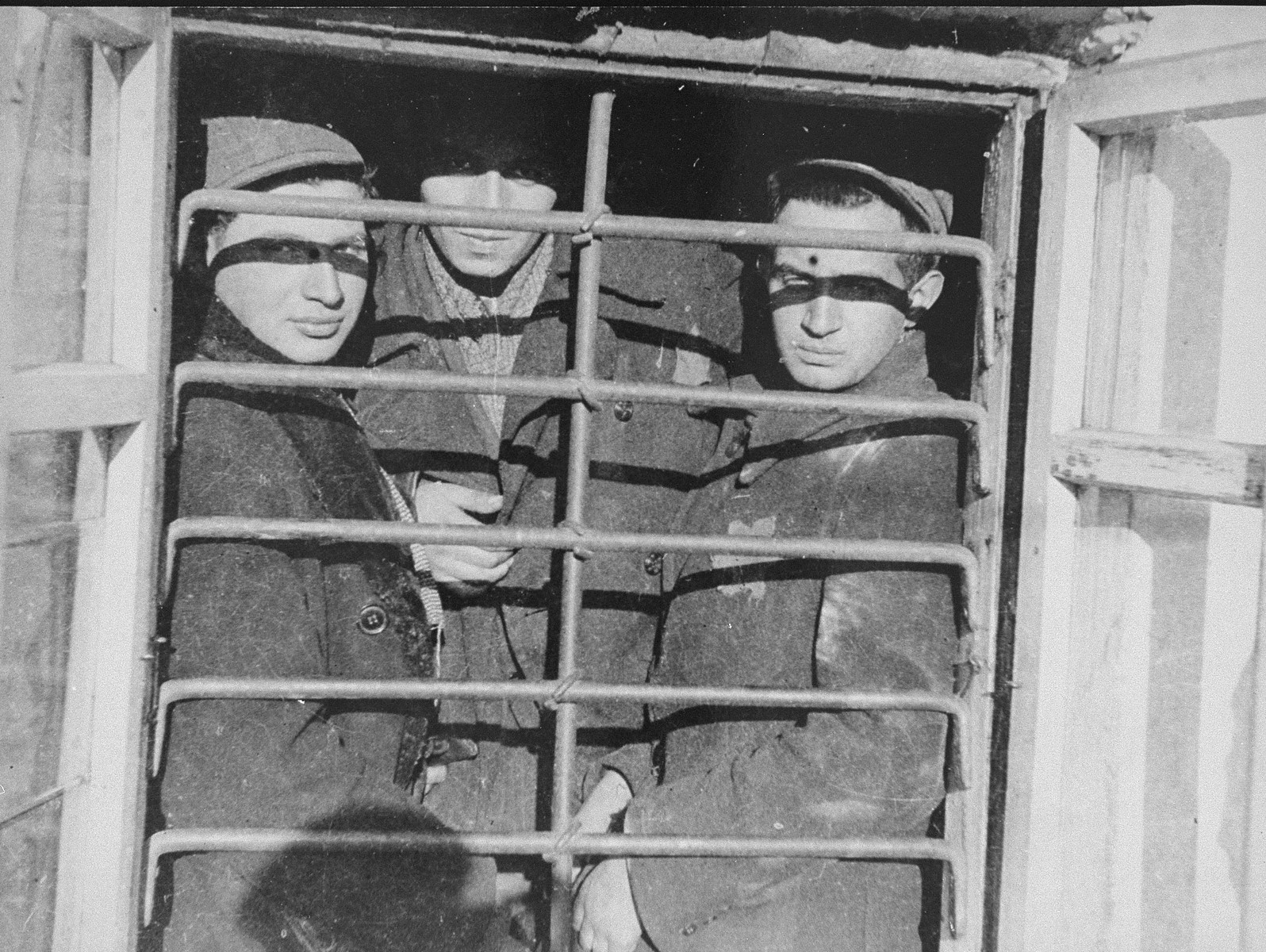 Three men behind a barred window in the ghetto jail.

Event History
The ghetto held two jails, both administered by the Jewish police. The first, located in the center of the ghetto held those convicted of both major and minor criminal offences such as theft, disturbing the peace, ration card fraud, failure to carry an internal passport or wear a yellow star and violations of the sanitary codes. Jail sentences ranged from a few hours to several weeks. The Jewish Council maintained a firm policy of punishing all violators internally, never referring any to the Gestapo. The second jail was for those who had violated labor regulations. It was administered by the police but controlled by the Labor Office. In addition to housing labor shirkers, the jail also held those awaiting assignment to certain labor brigades. This jail was located on Krisciukaicio Street in what was formerly Abba Heskel's Synagogue. That Jews themselves transformed a synagogue into a prison was the subject of much ironic comment and bitter criticism in the ghetto.
See https://www.ushmm.org/wlc/en/article.php?ModuleId=10005174.
See Also "Kauen Main Camp" in Encyclopedia of Camps and Ghettos Volume 1 Part A.