Two women work on a large agricultural plot in the Kovno ghetto. 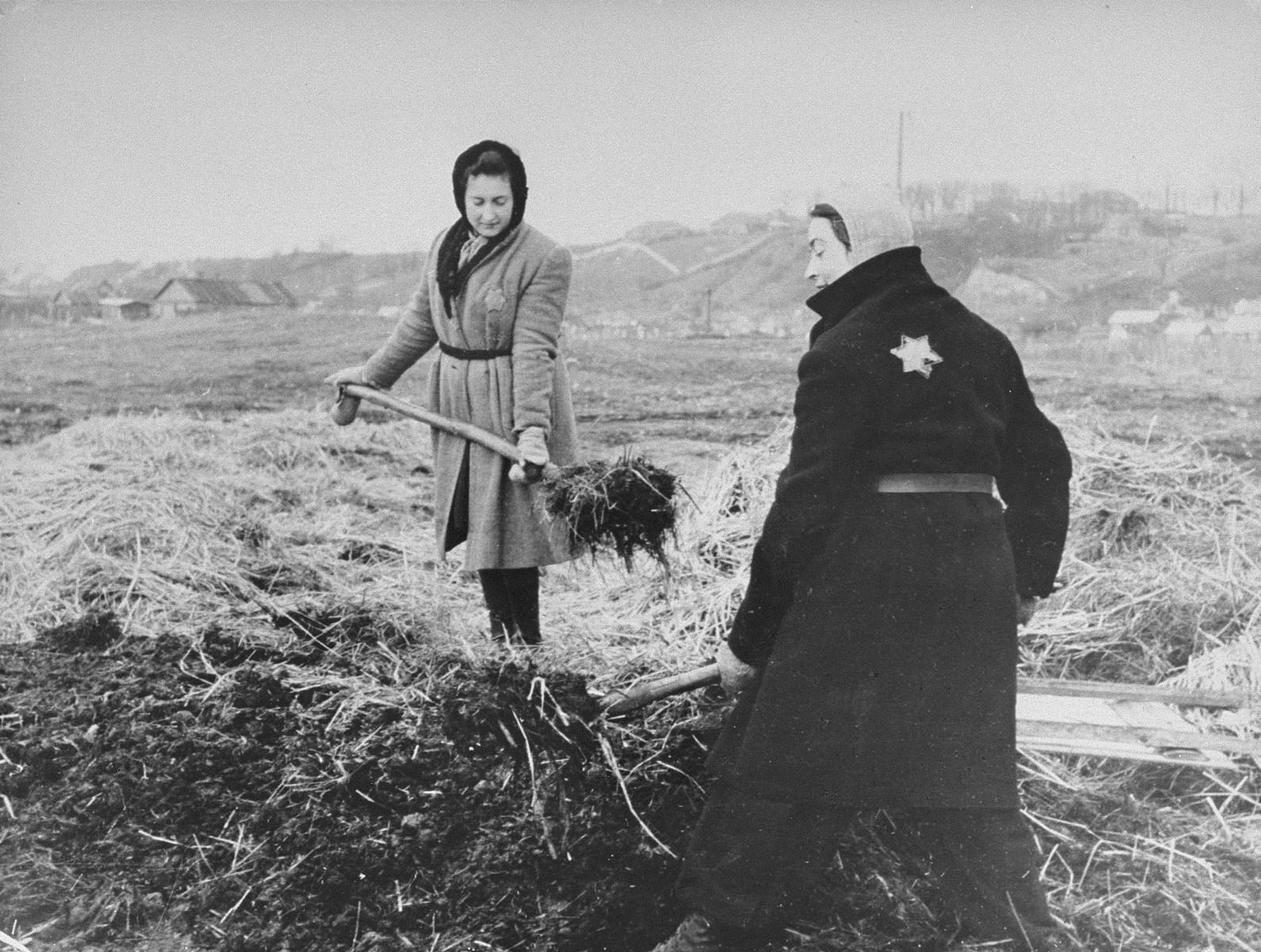 Two women work on a large agricultural plot in the Kovno ghetto.

Event History
The Kovno ghetto food office, under the direction of Herman Fraenkel, was responsible for the distribution of officially allotted food rations. These rations, established in an order dated August 25, 1942, provided only one-third the necessary calories for survival. The meat, which was usually horse-meat, was frequently rancid and had to be discarded. Jews assigned to labor brigades received additional rations at their work sites. Any attempt to bring additional foodstuffs into the ghetto was officially forbidden and punishable by execution. Despite these threats an active black market in smuggled food existed in the ghetto, which kept its residents from starvation. Outside the ghetto Jews secretly bartered household items for food. Other food was purchased from local Lithuanians or occasionally donated by them and slipped through the ghetto's barbed wire fence. Unlike other urban ghettos, the Kovno ghetto included large open spaces within its boundaries. The Jewish council took advantage of these spaces to establish communal vegetable gardens, where potatoes, carrots, onions and other produce were grown. A controversy arose over who had the right to harvest these vegetables. Eventually, the Jewish Council hired children as special garden guards known as Eshel (Irgun Shmirat LeGanim, or the Organization to Guard Gardens) to ensure that the harvest be turned over to the Jewish Council for equitable distribution. The Council's welfare department also operated a soup kitchen, which distributed "yushnik" (literally pig swill) for those in need.
See https://www.ushmm.org/wlc/en/article.php?ModuleId=10005174.
See Also "Kauen Main Camp" in Encyclopedia of Camps and Ghettos Volume 1 Part A.