Two young girls stand outside a house in the Kovno ghetto holding bread and bowls of food. 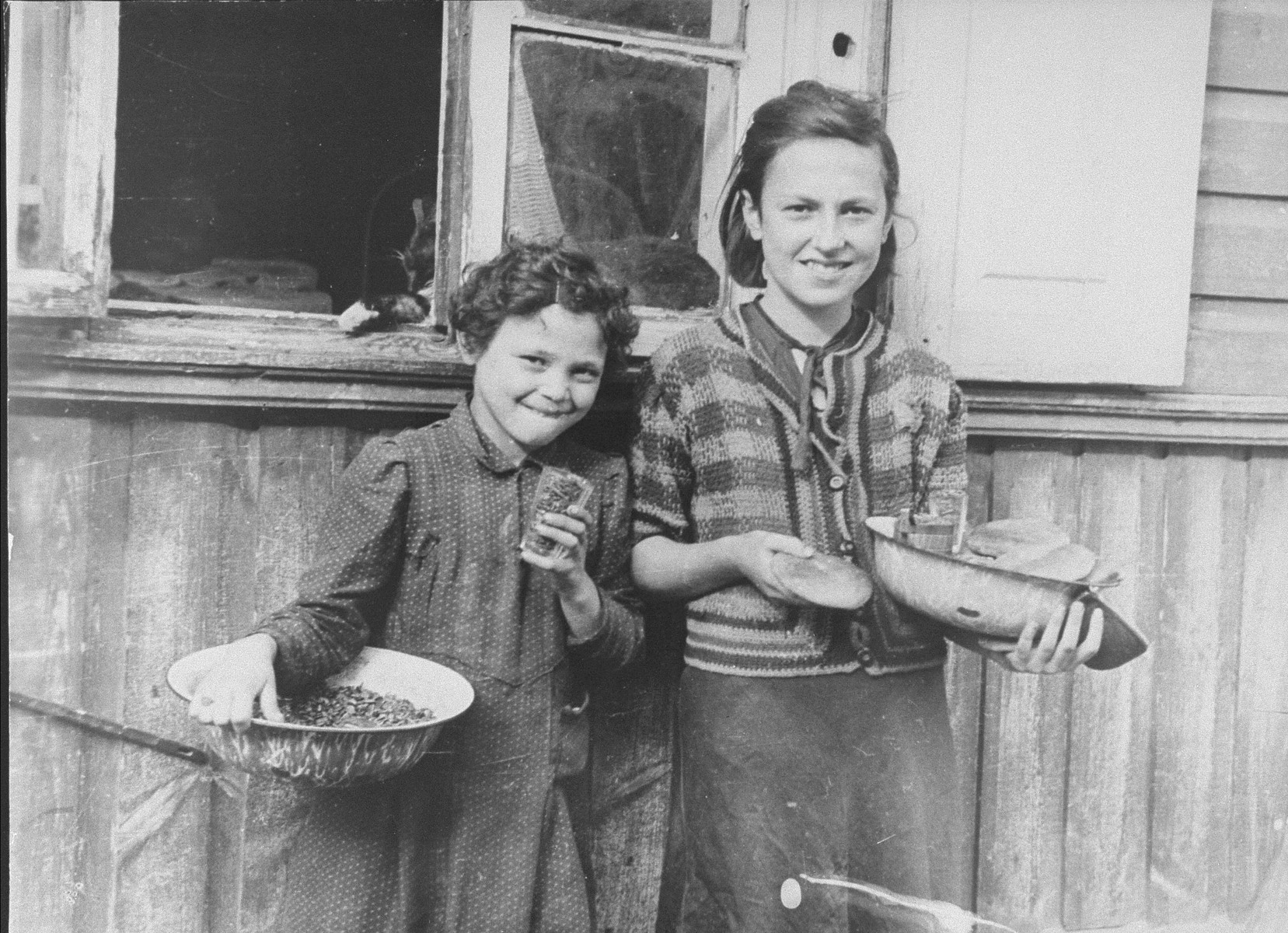 Two young girls stand outside a house in the Kovno ghetto holding bread and bowls of food.

The inscription written on the back of the photograph by George Kadish (translated from Yiddish), reads, "Children in the Ghetto."