Portrait of a young girl holding a milk can in the Kovno ghetto. 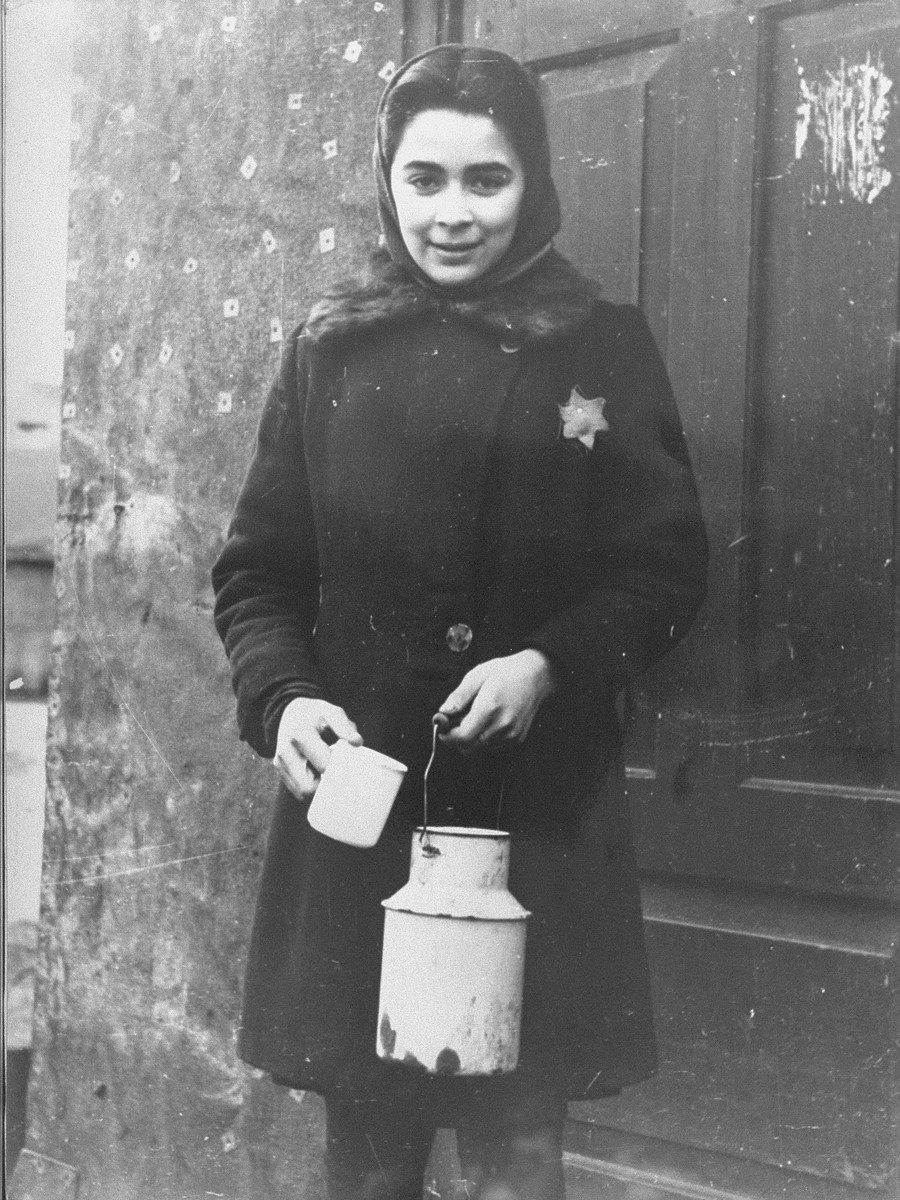 Portrait of a young girl holding a milk can in the Kovno ghetto.

Pictured is Helen Verblunsky, who is delivering milk to one of her mother's customers, a gynecologist named Dr. Nabriskin.