A young boy holding his younger brother in the Kovno ghetto. 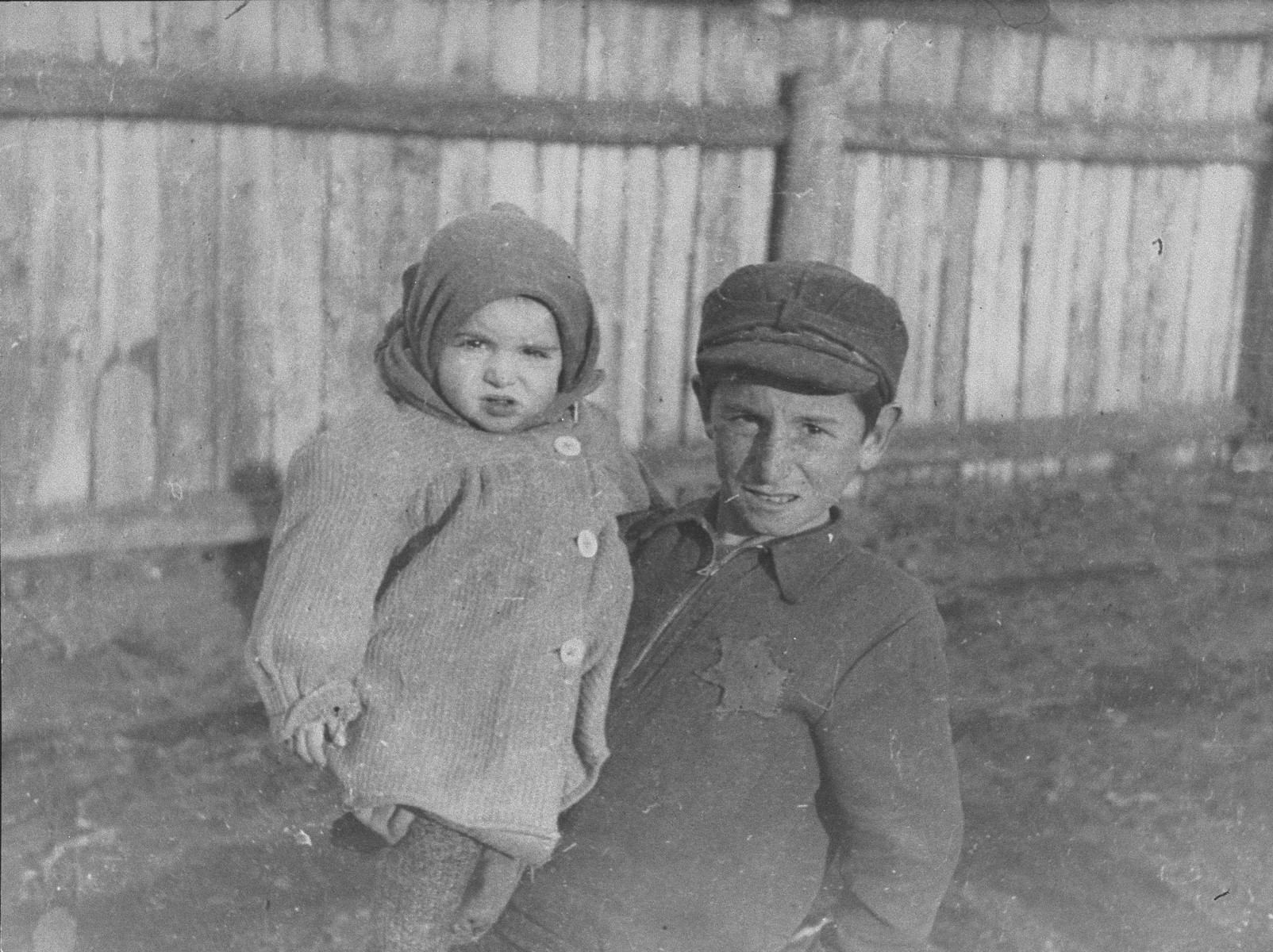 A young boy holding his younger brother in the Kovno ghetto.

Older children frequently cared for younger siblings in the ghetto.

The caption written on the back of the photograph by George Kadish (translated from Yiddish) reads, "Two orphan brothers in the Kovno ghetto."