Children working in an ORT carpentry workshop in the Kovno ghetto. 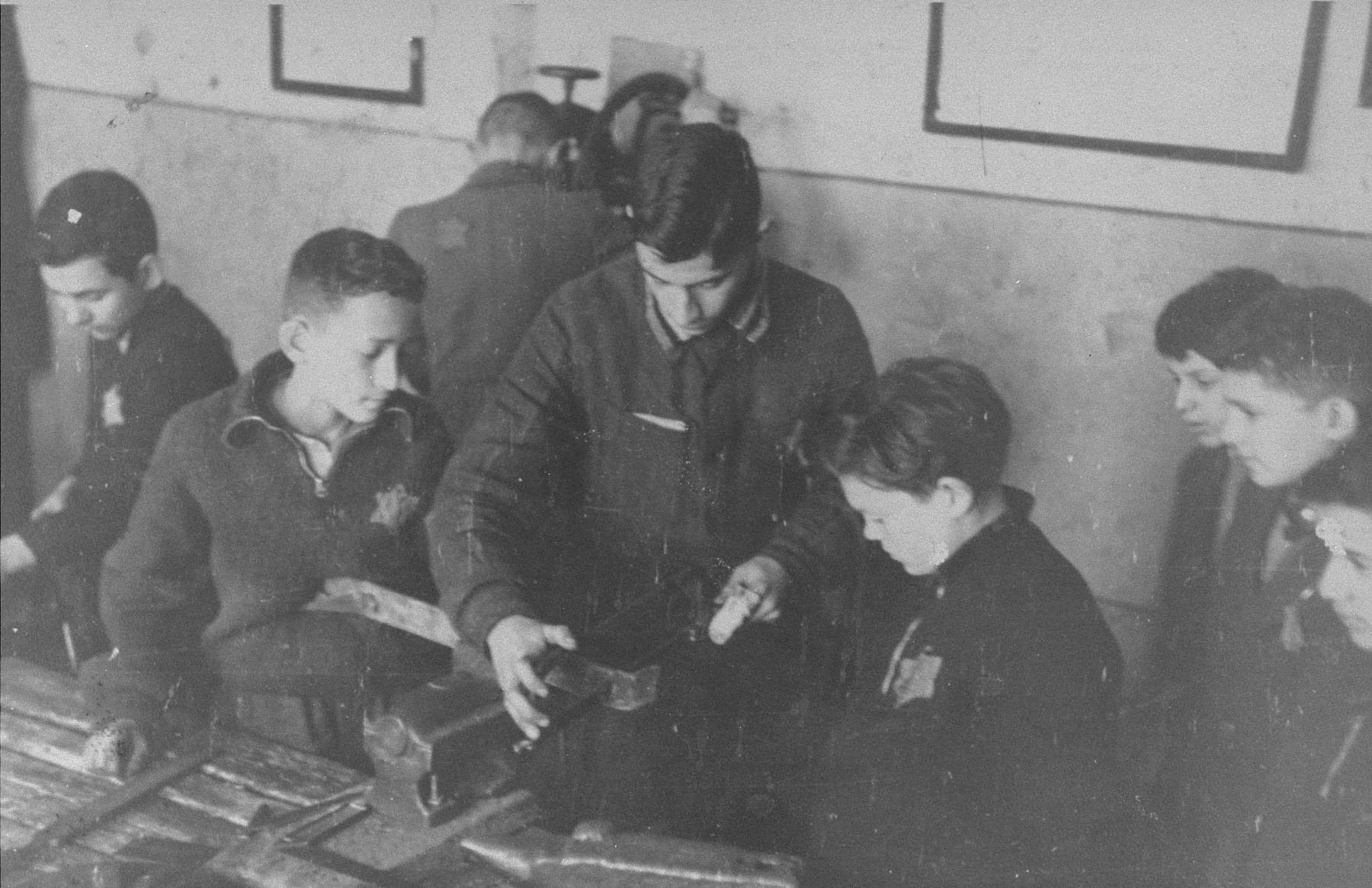 Children working in an ORT carpentry workshop in the Kovno ghetto.

Among those pictured are Eli Gotz (the older youth in the center) and Yizhak Koplowicz (the younger child next to him at the right).

In March 1942, the ghetto received permission to open ORT vocational schools for teenagers. The school began modestly with forty students offering classes in carpentry, sewing, locksmithing and metal work. Following the closure of other ghetto schools, the school broadened its curriculum to include science, math, history and Hebrew. By the winter of 1943, following news of the children's action in Shavli, the school began accepting more students so that more children would have official work cards. The school grew to 440 pupils, some as young as eight years old. The director of the vocational school, Jacob Olieski, survived the war, immigrated to Israel and headed the network of ORT schools there.