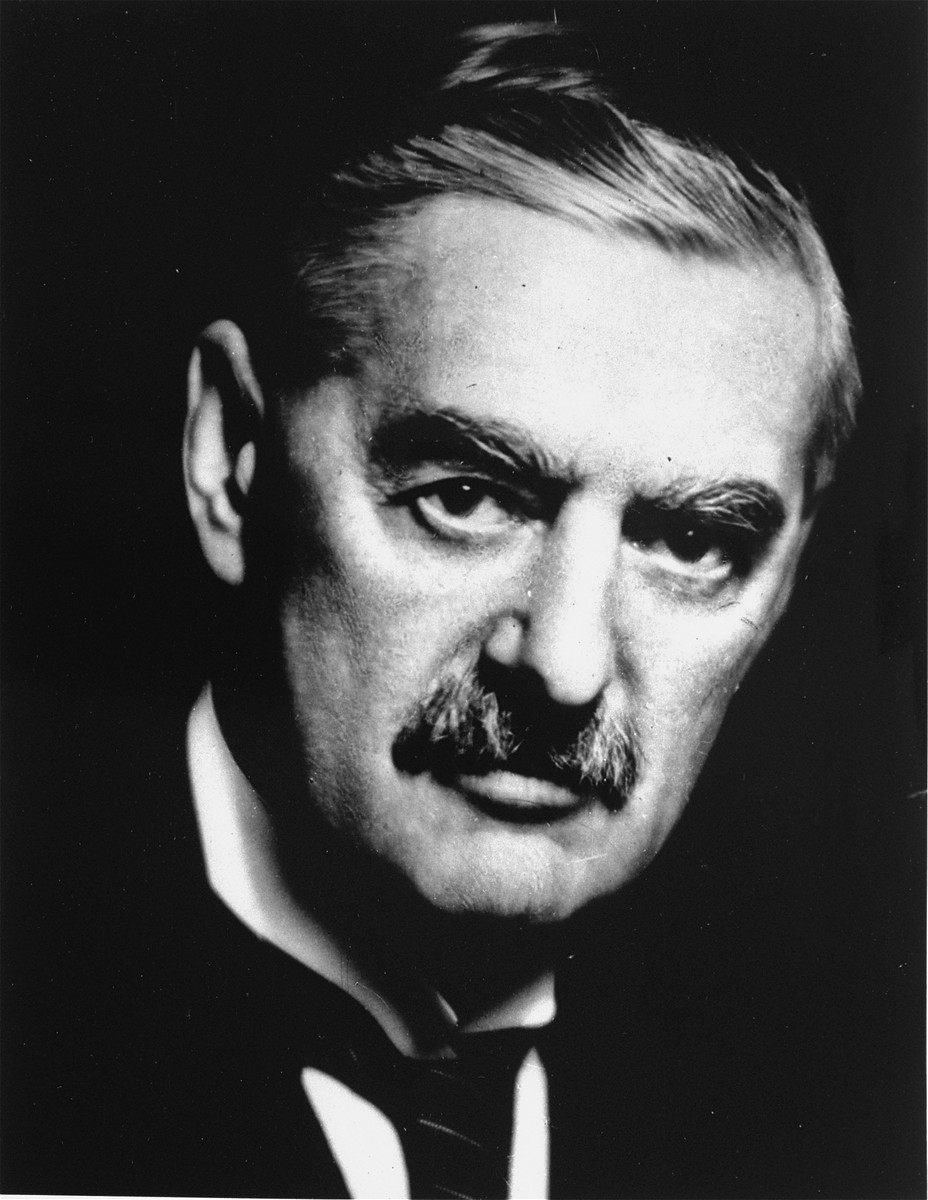 Biography
Arthur Neville Chamberlain (1869-1940), British Prime Minister from May 1937 to May 1940, was the leading British exponent of the appeasement of Nazi Germany in the late 1930s. On three separate occasions in September 1938, Chamberlain travelled to Germany in an effort to prevent the outbreak of war over Hitler's demand that Czechoslovakia cede the Sudetenland to Germany. The last attempt resulted in the Munich Agreement of September 30, in which Chamberlain and French Premier Edouard Deladier yielded to nearly all of Hitler's demands, thus rendering the Republic of Czechoslovakia defenseless. Nevertheless, Chamberlain returned to England a popular hero, speaking of "peace with honor." When Hitler seized the rest of Czechoslovakia in March 1939, Chamberlain renounced the policy of appeasement and pledged armed support for British allies in Europe. He resigned the premiership on May 10, 1940 and died a few months later.