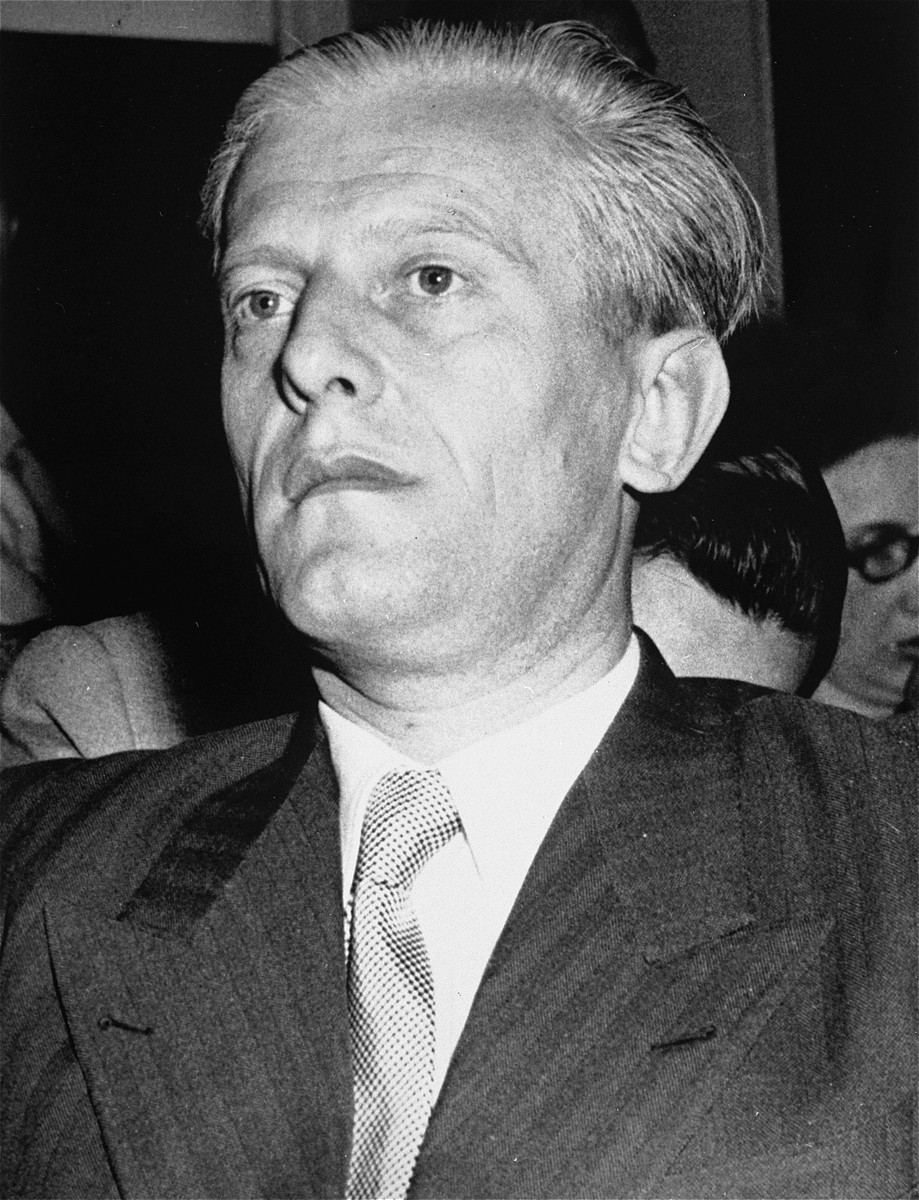 Biography
Otto Abetz (1903-1958), SS-Brigadefuehrer and the German ambassador to the Vichy French government. Abetz joined the NSDAP in 1931. Because of his knowledge of France, he was assigned to the "Ribbentrop Office" in Paris. Abetz first gained international recognition when he attended the 1938 Munich Conference. In 1939 he was dismissed in connection with actions taken against the Calougards, a secret fascist organization, but he returned to Paris in August 1940 as the German ambassador. While in Paris Abetz advised the German military administration as well as arranged the deportations of Jews. He was responsible for arranging the meeting between Hitler and Henri Petain in Montoire in October 1940. Abetz was arrested by the Allies in 1945 and was found guilty of deporting Jews and various other crimes, for which he was sentenced to twenty years hard labor in 1949. He was released in 1954, but died in an automobile accident on May 5, 1958. It is believed that his death was a revenge killing by former French Resistance fighters.