Portrait of a Jewish child dressed for her First Communion. 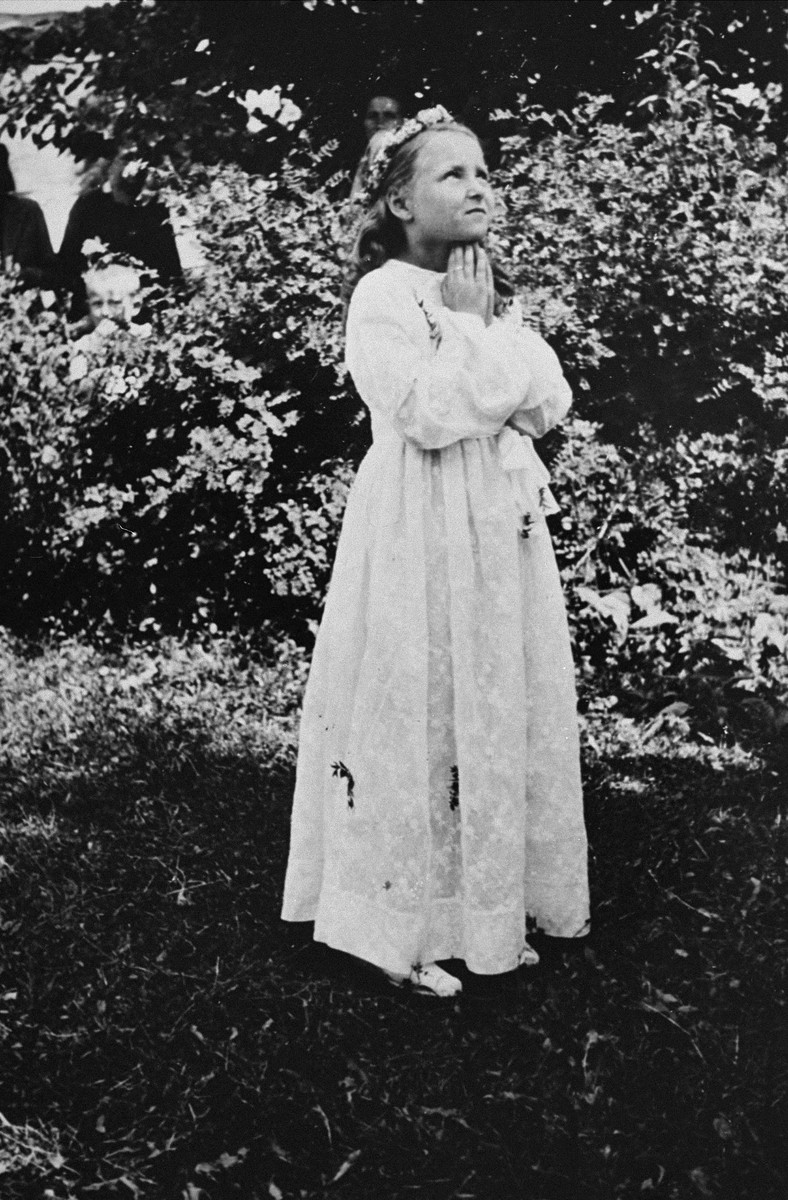 Portrait of a Jewish child dressed for her First Communion.

Pictured is Selma Schwarzwald, who had lived in hiding as a Polish Catholic during the war.