A Jewish mother poses with her daughter who is dressed for her First Communion. 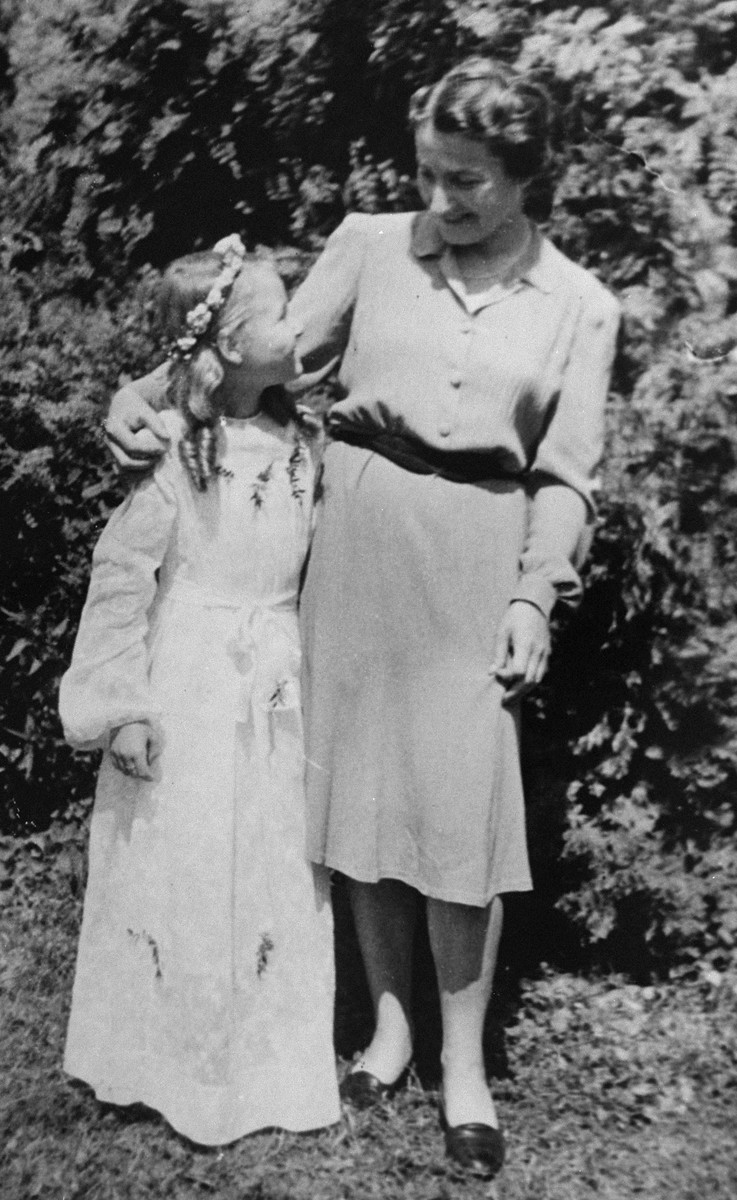 A Jewish mother poses with her daughter who is dressed for her First Communion.

Pictured are Laura Schwarzwald and her daughter Selma, who had lived in hiding as Polish Catholics during the war.