Dr. Eugen Kogon, a former Austrian prisoner in Buchenwald, testifies for the prosecution at the trial of 31 former camp personnel and prisoners from Buchenwald. 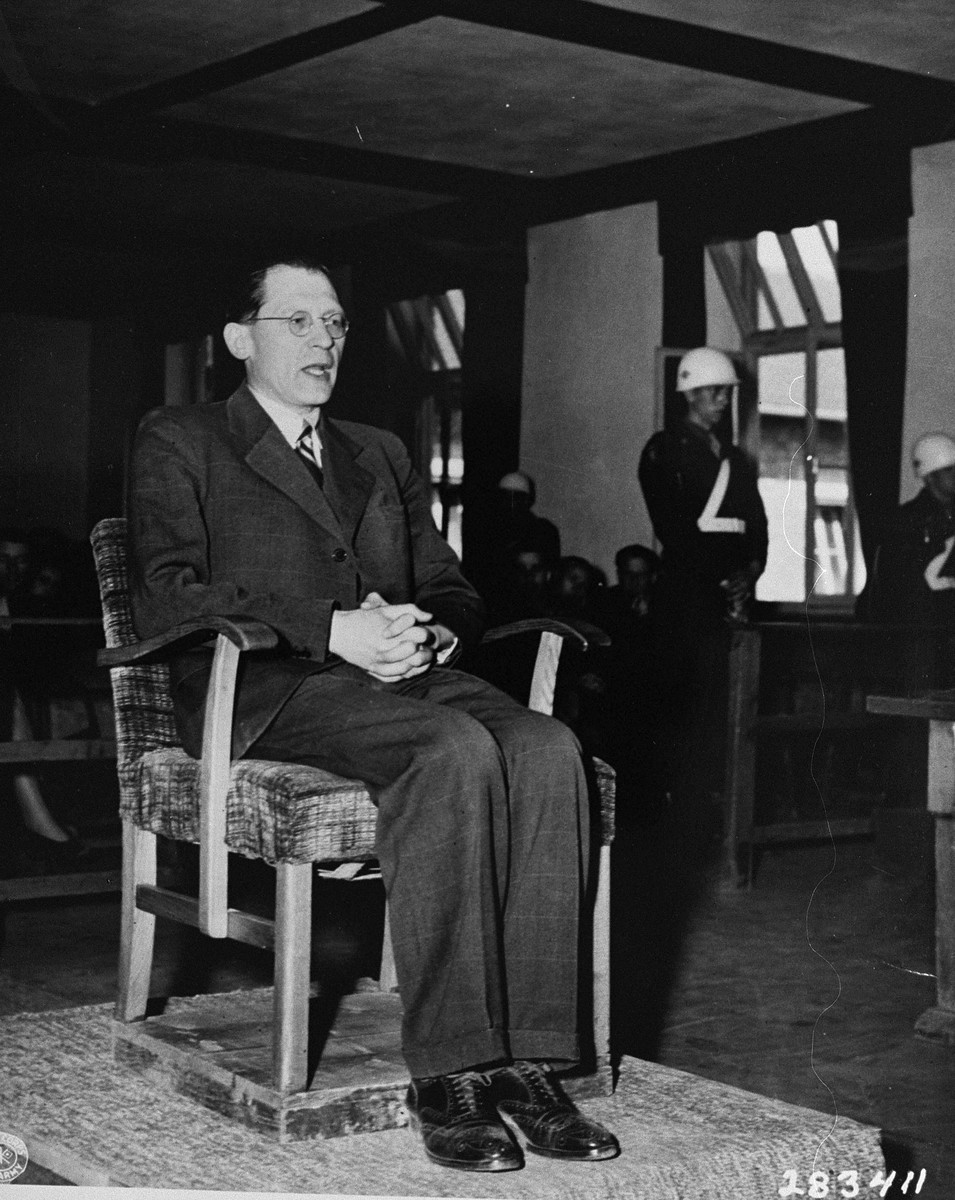 Dr. Eugen Kogon, a former Austrian prisoner in Buchenwald, testifies for the prosecution at the trial of 31 former camp personnel and prisoners from Buchenwald.

Dr. Kogon was imprisoned in Buchenwald from September 1939 until the liberation of the camp by American troops on 11 April 1945. Following the war he was the author of "The Theory and Practice of Hell," one of the earliest books to examine the German concentration camp system.