Jewish DPs protest the forced return to Germany of the passengers of the Exodus 1947 at a demonstration at the Bergen-Belsen displaced persons camp. 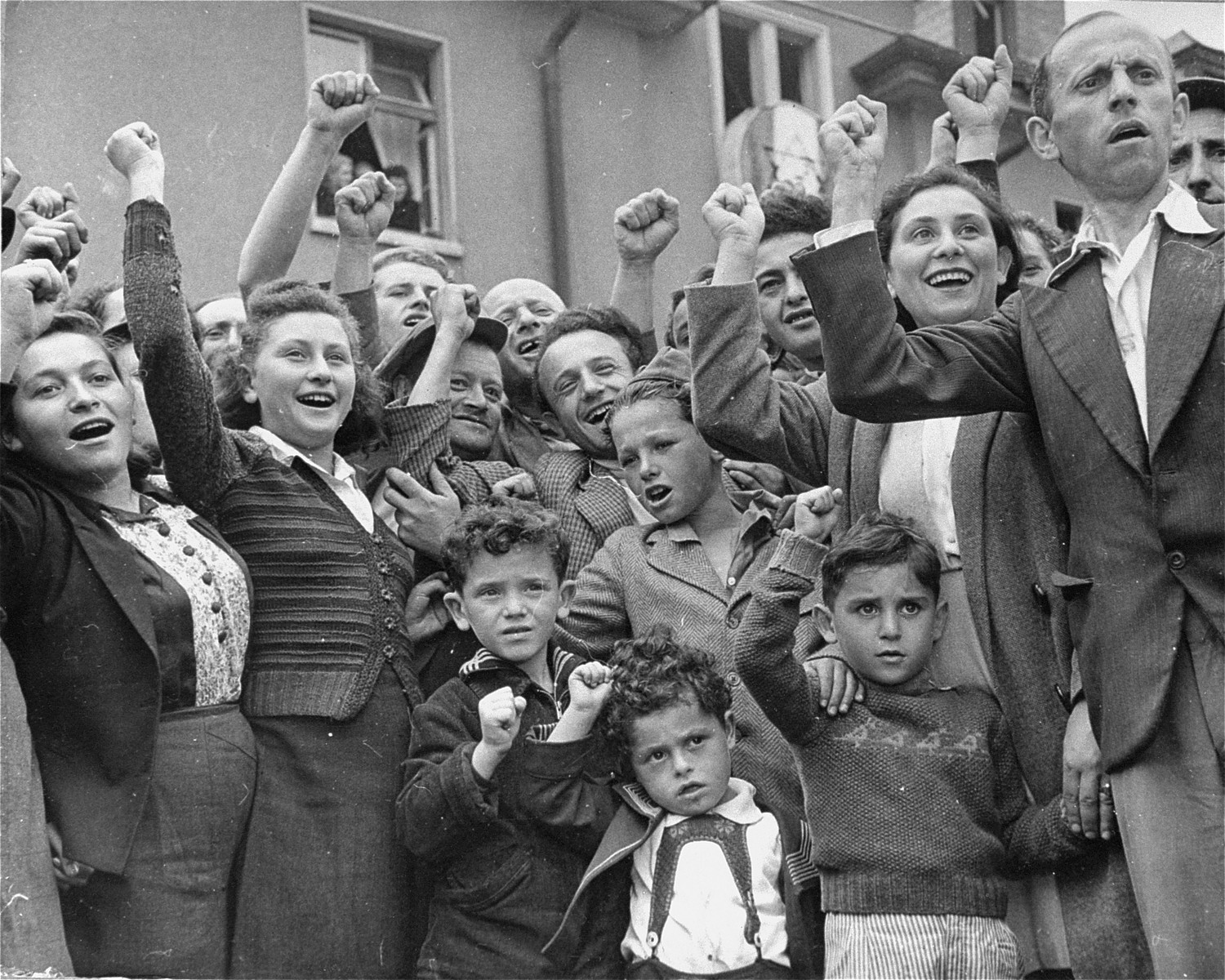 Jewish DPs protest the forced return to Germany of the passengers of the Exodus 1947 at a demonstration at the Bergen-Belsen displaced persons camp.

[Source: "Poppendorf statt Palastina" (The Haganah Ship Exodus 1947), an online exhibition by Henrik Jan Fahlbusch et al.
Biography
Henry (Heinz) Ries was born in Berlin-Wilmersdorf in 1917 and grew up in a middle-class Jewish family. He had aspirations of becoming a photographer, but the rise of Hitler destroyed those plans. In January 1938 he left for the United States., where he found employment in Bridgeport, CT. Ries subsequently joined the American Army in December 1941. He served in the Pacific theater until March, 1945, when he was transferred to Berlin. He worked as a German specialist at the Berlin Document Center until March 1946. Ries then accepted an offer from the OMGUS Observer, a weekly illustrated magazine, to work as its chief reporter. Later he was hired by the New York Times to serve as the paper's first photo journalist for all of Western Europe and Berlin. He focused much attention on the fate of Europe's Jews as displaced persons. He photographed the arrival of the Exodus passengers in Palestine in the summer of 1947. His last years in Europe were spent photographing the escalation of the Cold War. He returned to New York in 1952.