Jews are forced to clean blood from the cobblestone pavement of the Iasi police headquarters courtyard during the pogrom. 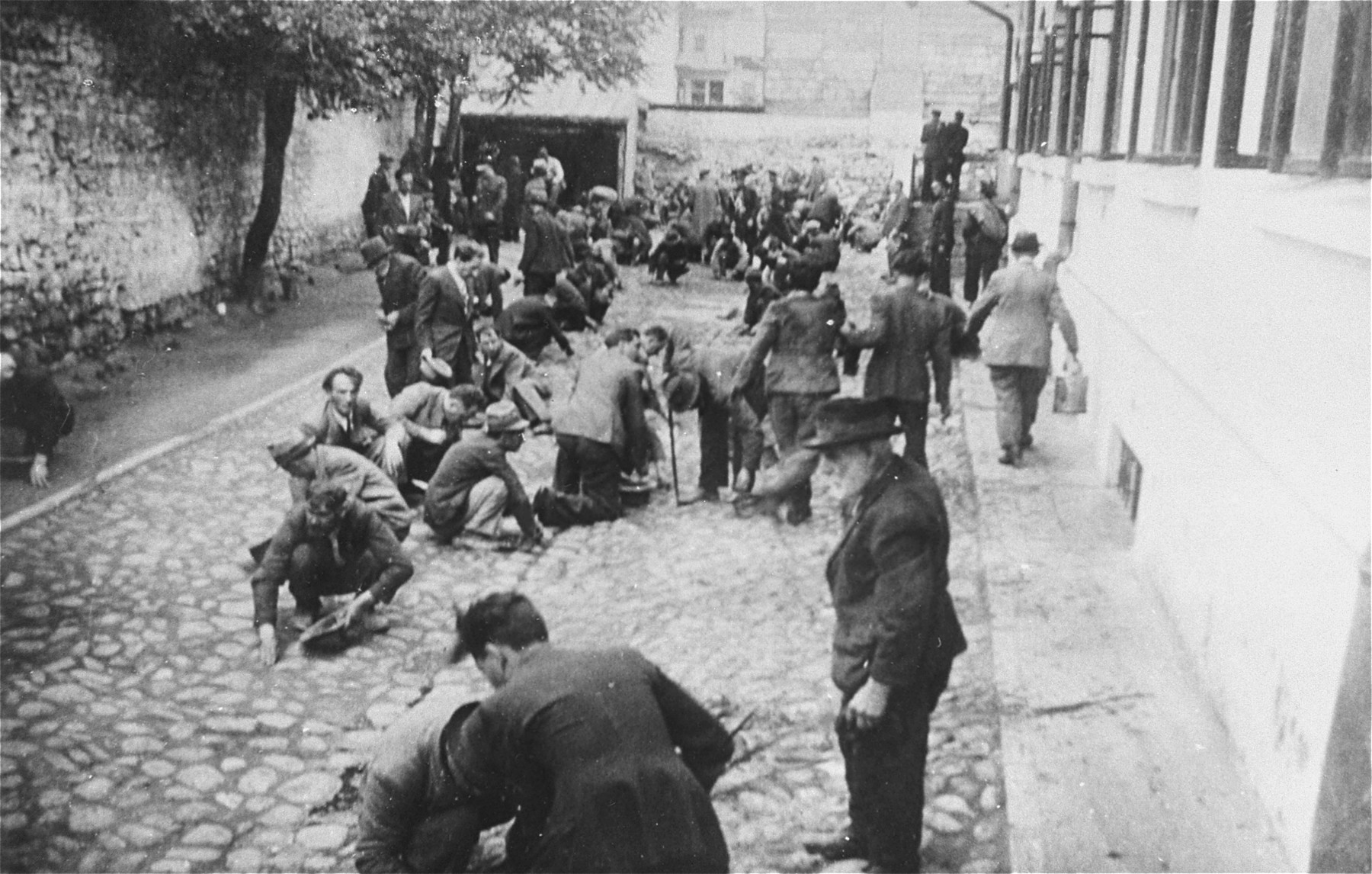 Jews are forced to clean blood from the cobblestone pavement of the Iasi police headquarters courtyard during the pogrom.

Event History
In late June and early July 1941, a pogrom broke out in Iasi that resulted in the deaths of thousands of Jews. Although it is not known exactly who ordered the Iasi pogrom, directives given by Ion Antonescu on 19 June 1941 indicate that he had been informed of the plans for the Iasi pogrom, and possibly even ordered it himself. However, the Romanian secret service and their collaborators, some former members of the now outlawed Iron Guard, were the instigators of the pogrom. On Saturday, 28 June 1941, at 9:00 p.m., a flare was shot from a German aircraft above Iasi, signaling the beginning of the pogrom. Immediately shots were fired from the streets, from houses, and from rooftops in almost every quarter of the town. At the same time, German and Romanian soldiers and police went to houses and businesses throughout the city to round up Jews, torturing and killing many of them. Those remaining were brought to several collection sites, but primarily to police headquarters. Authorities claimed that those Jews apprehended were Jewish-communists and were believed to have aided the Soviets, but Jews of all ages were taken into custody. Both the shooting and the round up continued throughout the night, until midday on June 29, when a total of 5,000-6,000 Jews had been assembled. Then, between 2:30 and 3:00 p.m., a false air-raid alarm was sounded, at which point the assembled Jews were fired on from all directions by the Romanian soldiers guarding them. The massacre continued for several hours, until the executioners were exhausted, and less than half of the Jewish prisoners remained alive. The survivors were then marched to the local train station, packed into freight cars whose air vents were sealed, and sent on the death train to Calarasi. A further 1,902 Jews were arrested by authorities in Iasi during the latter part of the day, and they followed the same fate as the first group. The Jews were forced onto another train under similar conditions and sent to Podu Iloaiei, where few survived.
https://www.ushmm.org/wlc/en/article.php?ModuleId=10005472.